World's first person to be cured of HIV dies

"If you remove Museveni, NRM party will struggle,” Ms Rwabwogo

Over 411 offenders freed over coronavirus threat

The prisoners released are part of more than 1,000 names that Uganda Prisons Service proposed to the Directorate of Public Prosecutions for release

Terms like land-grabbing are now commonly used in mainstream media, and the pressure for people to own land is on the increase

The government should ensure directives on Covid-19 prevention apply across the board...

Post-Museveni transition should be every Ugandan’s concern

NRM govt is better off freeing and empowering Opposition parties

Commission of inquiry into land matters disappointed many of us

20, NSSF, What happens? Workers contributing to the National Social Security Fund will have 20% mid-term access to their benefits. The beneficiary must have saved for at least 10 years and...

Tips on protecting your innovation

Equity versus debt financing: Which way for capital?

Candidate classes to resume amid safety and cost concerns 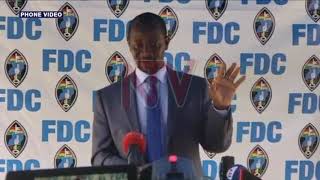 FDC presidential flag-bearer race to end next week on Tuesday 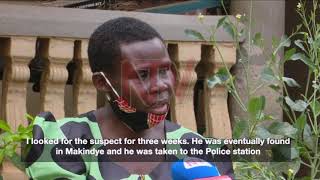 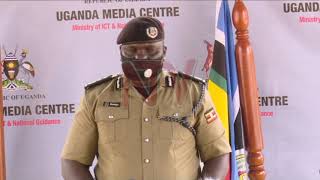 Court documents indicate that on February 21, 2019, Wakiso City Slaughter House entered into a 25-year lease agreement with a one Godwin Mabano, the registered owner of the land on which the...

We will not be able to pay double digit interest - NSSF

Plumber boy turns to construction to better his earnings

Not many house owners pay attention to the amount of wattage they needed for the different parts of the house. Choosing the right watts for your home helps to set the space mood depending on the...

Buying land and later putting up a home is an aspiration for many. From the time some people......

Why you may wake up to a soaked floor

UK or China: What you need to know before buying sockets

Before you get those lights

Gardening and Zoom: How the clergy navigated lockdown

Chasing the thrill at Sipi Falls

I dozed off for 30 minutes during radio show – Mayanja

So the private investor is Ham, on behalf of the public is the board of Nakivubo.

"I am taking up a new challenge that will take me out of my comfort zone," tweeted the......

I could still have a chance for a Last Dance, says Omony

Nakivubo: How did we get here?

Aftermath of the Kiira boat tragedy through the lense