Buliisa- Nine people have been confirmed dead and 21 others still missing after the boat they weretravelling in capsized in Lake Albert on Christmas day.

They were going to participate in a friendly football match.

Footballers and fans from Kaweibanda village in Buliisa District were travelling to Runga Landing Site in Hoima District for a football match as part of the Christmas day festivities.

They were drumming, singing blowing trumpets and whistles. Little did they anticipate that their excitement would be short-lived.

Their  boat was reportedly moving at about 100 metres a from the Lake Albert shoreline.

“They overloaded the boat. Eyewitnesses have told police that most of the passengers sat on one side of the boat making it lose balance,” the Buliisa District Police Commander Mr John Rutagira said on December 26.

He said Police has got information that the boat operator (coxswain) and most of the passengers were drunk by the time they embarked on the journey.

Police teamed up with fishermen to rescue the passengers who were crying for help. Six bodies, according to police have been retrieved from the lake.

“Surprisingly, the boat capsized when there was no wind on the water. Those who knew how to swim survived easily,” Mr Opira who was travelling in another boat said.

“So far, we can confirm that out of the 45 people who were on board,15 people survived, ” Mr Rutagira said.

Nine bodies have been retrieved according to police.

18-year old Consolate Akutu who had travelled to cheer her team perished in the accident, leaving behind a five-months-old baby. She left the baby with her parents at home.

21 people, according to police are still missing.

The Buliisa District chairperson for football referees Mr Godfrey Opira who witnessed the accident said all occupants of the boat did not have life jackets.

Mr Saddam Hussein, a former student of Mukitale Development Foundation School told Daily Monitor that he survived after swimming to the shoreline.

“It took me close to an hour to swim. But I initially heard people crying for help,” he said.

Over 20 feared dead as boat capsizes on Lake Victoria 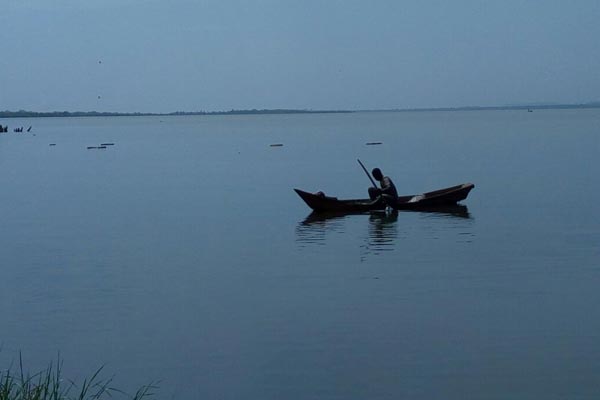 In December 2004, 22 people died when a boat they were travelling in capsized at Korokoto between Mahagi and Panyimur on Lake Albert.

In February 2004, 45 people did not survive when their boat capsized on the way from Bugoigo Landing Site in Buliisa District to Panyimur Market in Nebbi District.

In July 2003, 20 people drowned near Runga Landing site when a boat capsized. They were travelling from Panyimur to Bugoma in Hoima.

In September 2000, 41 people died when their boat sunk near Kayonga with over 100 bags of fish. The boat was travelling from Kijangi Landing Site in Hoima District to Panyimur Market in Nebbi District.

In August 2010, about 70 people drowned in Lake Albert at night when a passenger boat sank. Over 50 people survived the accident. 23 bodies were recovered.

On December 2012, 23 people drowned in the lake when their boat was hit by a storm