Mr Mwesigwa early this week said Bobi Wine would not be allowed to perform at live concerts until investigations into his conduct at recent events are completed.
Mr Mwesigwa was responding to a request by Balunywa Promotions Ltd, an events company, to get police security ahead of Bobi Wine’s planned show at Colline Hotel in Mukono.
“Unfortunately we are not granting permission for the show because during the previous show at One Love Beach Busabala, he uttered words that are inciteful (sic) to the public and he is now under investigations,” Mr Mwesigwa’s October 19 response to Balunywa Promotions Ltd, reads in part. 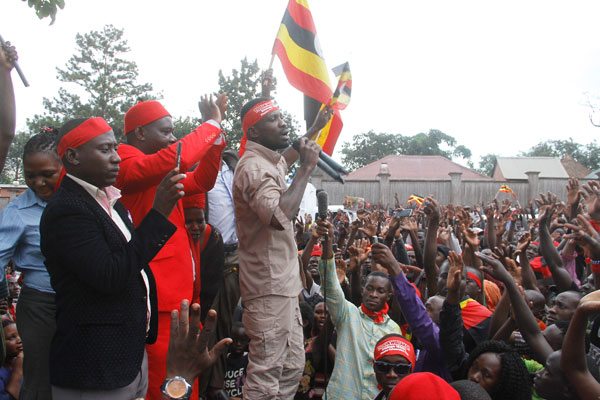 However, Bobi Wine on Thursday petitioned the Kampala based High Court- Civil division protesting police’s actions.
Through his lawyer Ladislaus Rwakafuzi, the musician turned politician wants court to stop police from interfering in his stage performances.

Addressing journalists shortly after filing his application, Bobi Wine said he majorly earns from his music and so police have no right to stop him from doing his Job as a Ugandan.
"As a Ugandan, I have a right to do business like any other musician. I decided to run to court because police, which is supposed to protect me as I enjoy my rights is instead violating them," he said.