Dozens of people in Masaka District in central Uganda are counting losses after investing in a sham cryptocurrency business scheme.
DUNAMISCOIN Resources Limited opened in Masaka town on November this year and started enrolling clients on its digital currency network.
However, several people are crying foul after learning that the company, which has been operating on Laston Business Centre in Masaka town has closed shop.

Mr Joseph Musiitwa Natakemula, who operates a boutique next to the closed offices, told this reporter that they found the offices empty when they turned up work for work on Thursday.
He explained that the company employees have been convincing several people to join their network with promises of up to 40 percent interest on their cash deposits.
Mr Musiitwa said the company has been recruiting clients through mobile money agents around town who would direct clients to their office.

Kasaija tells Ugandans to stay away from cryptocurrencies 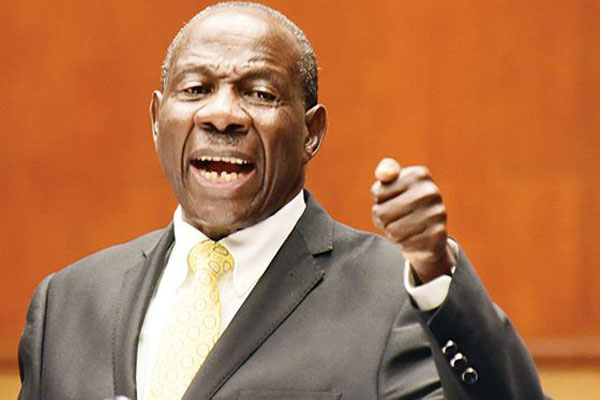 Mr John Marry Ssemujju, who is in his senior six vacation and has been working as a sales person for DUNAMISCOIN Resources Limited said the company fleeced them of all the money they paid for interviews and registration, with promises of paying them high interest in dollars.
He explained that besides luring them to open accounts with the company, each of the applicants was asked to pay Shs20,000 for registration, only to find the office deserted the following morning when they turned up for work.
“They told me it would help me a lot. They said they would give me a job. I went to their offices in Kampala for an interview. They then convinced me to invest some money with them saying I would get it back with high interest in dollars,” Mr Ssemujju said.

Mr Herman Ssentongo, the Masaka Resident District Commissioner has ordered for security surveillance of the company offices in a bid to apprehend some of the operators to help them recover the lost money.
He has urged all victims to come out and register complaints with security to help them follow up the matter.

“I have been to the building and found that their offices are closed. I have intelligence information that people came in the night and took all their property, including computers and furniture. I have ordered surveillance on this office such that we determine what's happening. In the meantime, I call upon people who have been defrauded by these people to report to security agencies or my office such that the law takes its course. I also call upon Ugandans to be vigilant,” he said.
Our efforts to speak to any official of DUNAMISCOIN Resources Limited failed to yield results as all phone contacts on their marketing brochures are unavailable.

Notably, Bank of Uganda has severally warned Ugandans to be extra cautious with such Ponzi schemes, saying they are not regulated and monitored in the country.
In September this year, the Ministry of Finance, Planning and Economic Development and the Central Bank urged Ugandans to stay away from cryptocurrencies saying government does not recognize any crypto-currency as legal tender and its use in Uganda.
The Minister of Finance, Planning and Economic Development, Matia Kasaija said in a news conference in Kampala that the government of Uganda had noted the emergence of the practice of using, holding and trading crypto-currencies in Uganda.