The number of Kenyans who died in the March 10 Ethiopian Airlines plane crash has risen from 32 to 36, Kenya's deputy ambassador George Orina said on Sunday.
The Boeing aircraft, B-737-800MAX registration ET-AVJ, had just departed from Bole International Airport in Addis Ababa when it crashed in Bishoftu.
All aboard - 149 passengers and eight crew members - died.
Mr Orina explained that “The number has been revised since the four were travelling on the passports of other nationalities."
He did not reveal the identities of the four but said at least 30 families had already been registered. 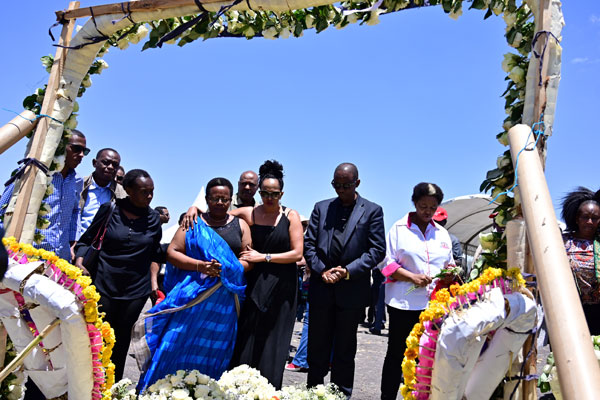 The exact amounts will vary due to factors such as age, profession and their position in life

SERVICE
Meanwhile, a service in honour of the victims will take place in the Ethiopian capital on Sunday.
Foreign Affairs Principal Secretary Macharia Kamau is one of the dignitaries who will attend the service at the Ethiopian Orthodox Church.
For the service and for burials, the airlines has offered the bereaved bags of soil from the crash site.

“Families can take soil from the crash site and a letter will be issued from the Ethiopian Airlines attesting the same for custom’s clearance at the airport,” an advisory note issued by the airline to the families of the victims seen by the Sunday Nation reads in part.
According to the BBC, relatives were urged to provide DNA samples either in Addis Ababa or at any of the airlines' overseas offices.
Death certificates are expected to be issued in two weeks while DNA analysis could take up to six months.
COMPENSATION
As families returned home on Saturday, it emerged that they could receive between Shs630 million and Shs920 million for each person who died in the accident.

This will be guided by the Montreal Convention, which says compensation arises only if a passenger’s injury or death is caused by an unexpected or unusual event or happening that is external to the passenger.
The convention anticipates two scenarios. The first provides for a minimum compensation that every passenger must be compensated as long as they were injured or died while on the plane.
Currently this amount is at about $170,000 per passenger, which translates to about Shs 630 million at current exchange rates.