KAMPALA. Former country manager of Chongqing International Construction Corporation (CICCO), a road construction company, has revealed how the Shs24 billion dubiously paid for the Mukono-Katosi road works, was shared out.
Mr Niu Hong, currently a consultant with CICCO, told the Anti-Corruption Court at Kololo that he was a co-signatory with 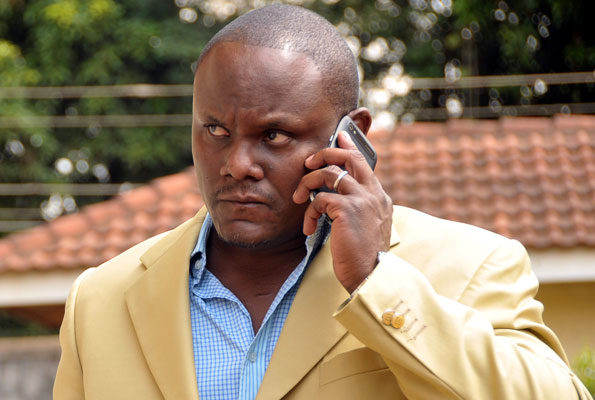 However, he testified that Mr Senkeeto appeared as country representative while Mr Richard Platt was a director during negotiations between UNRA and Eutaw leading to the signing of the contract

to a joint account opened by Eutaw Construction Company where the Shs24 billion was deposited.

He said on November 8, 2013, he received a call from Senkeeto telling him about the contract. Mr Hong said he called Senkeeto to his office and Senkeeto showed him a letter of award of contract to Eutaw from the Uganda National Roads Authority (UNRA). Mr Hong said, Senkeeto again called him to tell him that the contract had been signed on November 15.
“He asked me how much equipment I could mobilise to the site. Because of the urgency of the need [to take equipment to the project site], I asked for some money. That is how I was made a signatory as a guarantee that I will be paid,” Mr Hong testified.

Mr Hong further testified that on February 3, 2014 he received a call from Senkeeto asking him to go to Housing Finance Bank where he signed for transfer of Shs12 billion to CICCO’s account for mobilisation of equipment and personnel and another transfer of Shs4.6 billion was wired to the US.
At the bank, Mr Hong presented his passport and driving permit to transfer the money.
He said on the same day after the money transfer, Senkeeto gave him a form to sign withdrawing his name as a signatory to the Eutaw Bank account.
Mr Hong also testified that CICCO executed part of the works on the project before the contract was halted in August 2014 but UNRA did not pay them.
He said in the botched deal, Eutaw had sub-contracted CICCO to implement 95 per cent of the physical works worth more than Shs155b.

Earlier on, Mr Martin Olwa who was the project manager, had told court that the physical works done by Eutaw were valued at Shs5.8 billion and the audit showed that only 80 per cent of the equipment was used.
The IGG, who is prosecuting the case, states that Mr Byandala abused his office while holding the Works ministry by a November 14, 2013 letter when he directed the immediate signing of the contract between UNRA and Eutaw yet the company lacked capacity to carry out the road works.
The IGG contends that Byandala further abused his office when in a letter of August 27, 2014 ordered continuation of the works on the Katosi road by CICCO when the ombudsman had suspected the project. The IGG contends that Byandala’s act was tantamount to disobeying lawful orders.

The IGG also accused Mr Kimeze of abuse of office when he signed a contract with Eutaw without establishing that there was a valid performance guarantee and issued a payment guarantee which allowed the payment of over Shs24 billion to the detriment of UNRA’s interests.
Mr Kimeze is jointly charged with Mr Semugooma in a separate case for allegedly causing financial loss to the government by approving payment of the Shs24 billion to Eutaw despite glaring defects in the due-diligence report.
The charges

Senkeeto is charged with causing financial loss of Shs24 billion to the government in the collapsed Mukono-Katosi road contract.
He is jointly charged with f 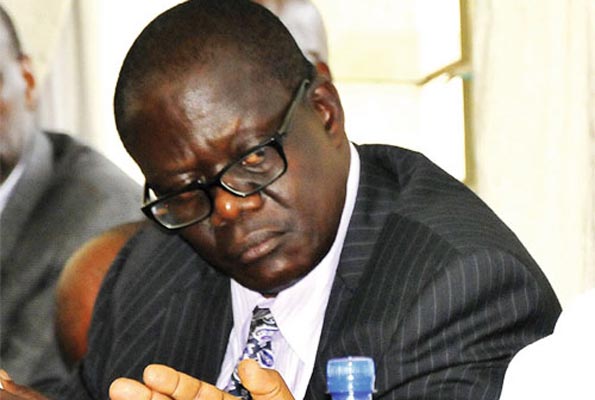 Former works and transport Minister, and minister without portfolio, Mr Abraham Byandala has been arrested and committed to anti-corruption court over allegations of abuse of office and causing financial loss to the government

MORE IN THE NEWS

Ms Eunice Etap, a nursing officer at Akokoro health centre III, said most of their clients who pick up the female condoms from the health unit have abused its use