Mr Byaruhanga, the Isingiro County South MP, said Hajji Nadduli should use his ministerial position to encourage Ugandans to have manageable families in the wake of natural resources depletion driven, by among other factors, high population.

“If you do not control population, you will have problems,” Mr Byaruhanga said at a dialogue organized by World Voices Uganda (WVU), an indigenous Non-Governmental Organization under the theme “Harnessing Natural resource potentials: Achieving inclusive, peaceful, sustainable utilization and development”.

“There is a minister who moves around saying if you produce twins, come to my house and I give you freebies. We have to control the population,” Mr Byaruhanga said.

Minister Nadduli has been moving around the country encouraging people to produce many children, the latest being in Pallisa District where he told residents to use the “prevailing peace to produce more children.”

When contacted, Mr Nadduli reiterated, “Unlike in western Uganda, other parts of this country have mass graves. People should produce [more] to replenish those who died in wars.”

The 2014 National Population and Housing Census 2014 indicated that Uganda is home to 34 million people, an increase of over 10 million from the 24.2 million in 2002.
In 2014, President Museveni endorsed family planning in Uganda, saying while he supports a bigger population for economic development; a poor quality population will not transform the country.

Uganda government has prioritised ending extreme poverty. Access to modern contraceptives is one of the most realistic household-level ways through which poverty can be eradicated.

With increased population, electoral politics and discovery of oil in the Albertine region, Mr Benda said natural resource related conflicts are even increasing more putting agencies mandated to protect these resources at the greatest trial.

Soldier who buried Luwum speaks out 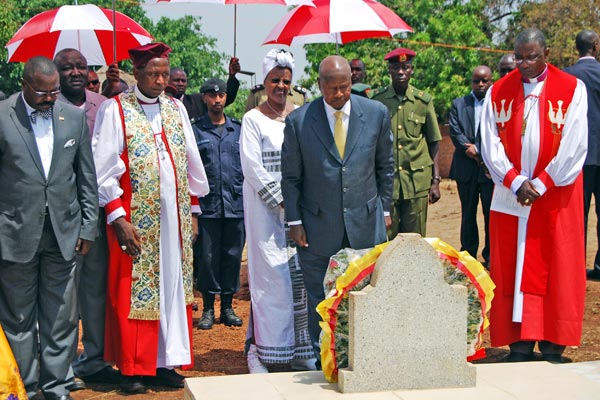 Retired army officer, Lt Col Yefusa Bananuka, says the burial of the cleric was much more complicated than pulling the trigger at Nile Hotel on the evening of February 16, 1977.