The accused person, Mr Edward Kisuze, a faculty registrar at the college of Computing and Information Science appeared before chief magistrate, Mr James Ereemye and denied two counts.
He is charged with attempted rape and indecent assault of one Rachel Njoroge, a former student at the college who graduated in January 2018.

Upon denying the offences, Mr Kisuze through his lawyer, Mr Kenneth Munungu, applied for bail by presenting four sureties who tendered in their identification documents as guarantee that they will ensure that the suspect does not abscond from court. 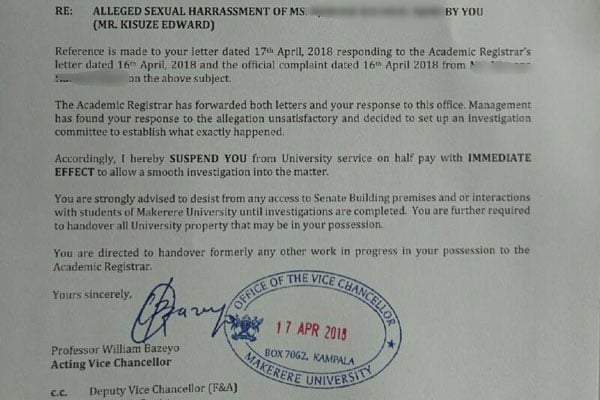 Makerere university said the Edward Kisuze, a senior administrative assistant in the Academic Registrar’s Department had been arrested by the Uganda Police Force

However, in reply, the state prosecutor, Ms Viola Tusigwiirwe sought court to adjourn the matter to allow her time to scrutinize the authenticity of the sureties’ documents before court can consider the suspects bail application.

The trial magistrate, Mr Ereemye yielded to state’s request and remanded the suspect to Luzira prison before adjourning the matter to May 10.
Mr Kisuze’s troubles stem from a release of a photo that has been circulating on social media where allegedly forced Njoroge into a romantic act.

Police records indicate that Njoroge brokenly narrated the gruesome encounter with the registrar when she had come to pick her transcript after graduation. She narrated that Kisuze allegedly locked her up in his office and forcibly started romancing her.

Prosecution contends that the unethical incident happened at Makerere University on April 13, 2018 when the graduate (Njoroge) showed up to certify her transcript and pick her recommendation letter. She was referred to room 507 for help. Later that evening she was given the transcript but as she was trying to look through, Kisuze allegedly rushed and locked the office door before molesting her. 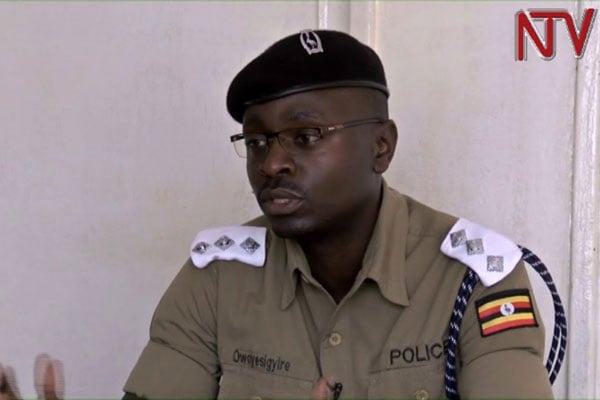 Prosecution further contends that although in the photo the face of the registrar was hidden, the information availed by the victim was enough to pin him since he has been acting as the faculty registrar and the one who occupied the same office.

Utility
Earlier, a letter written and signed by Makerere University Acting Vice Chancellor, Prof William Bazeyo, directed Kisuze to stop working at the university and that he would be receiving only half of his salary until the investigations are concluded.
[email protected]