Ugandan police fired live bullets and teargas Wednesday to break up a crowd of demonstrators who had gathered to protest a controversial tax on the use of social media.
Since the beginning of the month access to media such as WhatsApp, Facebook and Twitter, as well as dating sites Tinder and Grindr, have been blocked unless users pay a 200-shilling ($0.05, 0.04 euro) daily tax.

In a statement, President Museveni justified the move saying many citizens did not pay their taxes as they were meant to, and should not "donate money to foreign companies through chatting or even lying" on social media.

Response to President on the mobile money tax 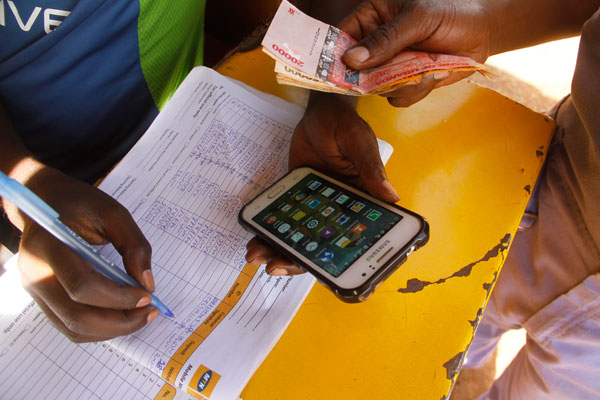 Last week, President Yoweri Museveni clarified that the 1 per cent tax on mobile money was a miscommunication. He said the correct rate of tax is 0.5 per cent

Scores of protesters marched towards parliament, with the rally turning chaotic as a large group of market vendors and motorcycle taxi drivers faced off against police in anti-riot gear, with some lobbing stones at the officers.

"Teargas was fired and some live ammunition was fired into the air to disperse the crowd," police spokesman Luke Owoyesigire, adding two protesters had been arrested.

"During the unlawful procession officers had to act. Some of our officers were assaulted."
Police attempted to arrest Wine, but his supporters successfully defended him and he arrived at parliament where he hopes to address MPs later Wednesday.

"We set out to show our displeasure at the social media and mobile money taxes. We had informed the police of our intention to march and so we are dismayed at the use of brute force and live ammunition to break up a peaceful protest," said one of the organisers, journalist Raymond Mujuni.
"It's not right. Our rights as citizens are being trampled upon."