Conflicting reports have emerged about the whereabouts of Patrick Agaba, a key suspect in the death of Susan Magara.
Agaba, who was arrested in South Africa on March 6, 2018, at the request of Interpol, is alleged to have taken out of the country the ransom money paid by the Magara family to the kidnappers to have the victim released.
Although other sources said he had been handed over to Ugandan authorities, and that two Ugandan detectives are supposed to bring him to Uganda this evening we could not confirm those reports.
When contacted about whether Agaba had been handed over, Police Spokesperson Emilian Kayima, said, “I cannot confirm that”.
Agaba, it is said was a close associate to two of Magara’s cousins, who were also arrested in Uganda.
The government, sources say, is working to have Pato extradited from South Africa over Magara’s death.
It is alleged that it is Pato who collected the Shs700 million that Magara’s family paid as ransom.
Investigators have also reportedly taken keen interest in Magara’s family and are investigating the possibility that a close family member could have been involved in the crime.
Since the murder over a month ago, police and the Chieftaincy of Military Intelligence have been running investigations and more than eight suspects have been arrested.
Most of the suspects arrested, including relatives of the deceased, are implicated by telephone call records.
Susan Magara was kidnapped on February 7 on Kabaka Anjagala road as she was driving to her home in Lungujja. She was later killed after three weeks in her kidnappers’ custody and her body dumped on the Southern bypass between Kigo and Kajjansi.

Sources close to the investigations say a number of suspects have since been arrested, and one of the latest is a top officer of the Uganda Prisons Services at the rank of Senior Superintendent of Prisons 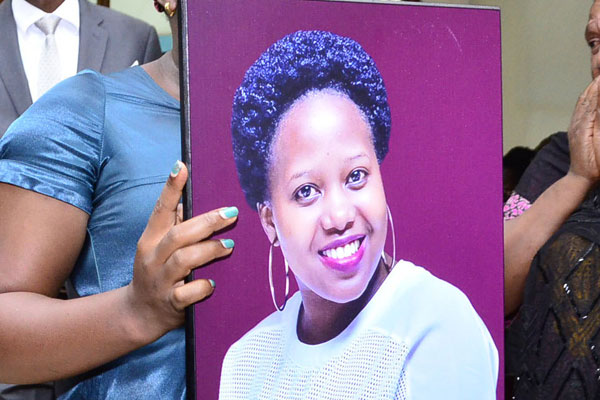 The cousins are are reportedly associates of Patrick Agaba aka Pato, a key suspect in the case