Another body of a woman has been found dumped in a bush in Nkumba village, Bwaise zone in the greater Entebbe area.
Harriet Nantongo, a 38-year-old mother of two, is said to have disappeared last Wednesday after leaving work at about 4pm.
She becomes the 22nd woman murdered in Wakiso District since May. 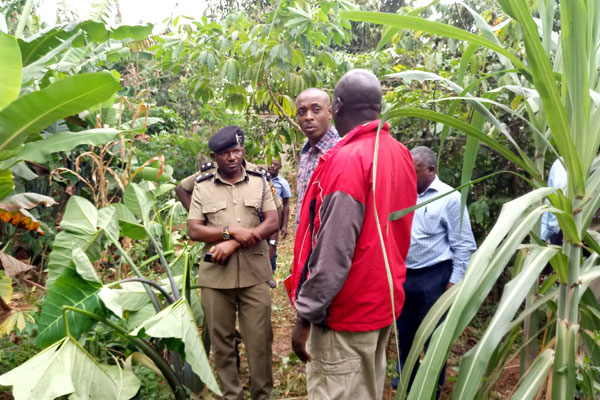 The two brothers who allegedly killed one of the women, Mr Kasingye said, “confessed to the crime” and were remanded to Kigo prison

Her decomposing body was on Tuesday morning found in a bush near a path during a search by residents and police.
It was swollen with a leg and an arm missing.

In a gruesome spate of killings, the bodies of at least 21 women have been found dumped in Wakiso District since May. Many of the mostly young victims were raped and strangled, some had sticks shoved into their vaginas, others had body parts cut off.

People living in Nansana, a suburb of the capital Kampala, and in Katabi, close to Entebbe, 35 kilometres to the southwest, see similarities in the murders that have hit their neighbourhoods and whisper of serial killers and dark rituals.

In late August, police announced the arrest of more than 30 people, charging 13 them with "murder and terrorism", but no evidence has yet been made public and the killings have continued.
Police spokesman, Mr Asan Kasingye recently dismissed widespread fears of a serial killer, instead blaming "an organised criminal gang with strong links to ritual murders." He also said "domestic violence" was a factor.
Police chief, Gen Kale Kayihura has always insisted that "we are on top of the situation" but the words are little comfort to fearful women and victims' relatives.

In Parliament, the minister of Internal Affairs, Gen Jeje Odongo, blamed the "Illuminati", a sinister secret society that is a favourite of conspiracy theorists the world over.
Gen Odongo then contradicted police by claiming to know that "two businessmen" -- named in the local press -- had hired a convicted serial killer to carry out ritual murders to bring them prosperity.