Advertisement
By Paul D. Kaganzi
More by this Author

Hello, my name is Alex Bbaale,  I have plans to buy a small vehicle to facilitate family movements with very good fuel efficiency. I have checked on the different online auto marts for a suitable option and found a Hybrid Toyota Fielder. It looks quite pricey but was willing to invest in it to save on the fuel costs in future. Would you recommend a hybrid vehicle in our Uganda? For example, do we have mechanics to work on them in case of issues?

Hello Alex, the proposition to buy a Hybrid Corolla Fielder for use in Uganda is quite attractive, especially if you are trying to push the fuel economy bar higher by gaining more mileage per litre of petrol.

The smallest Corolla Fielder 1.5 litre internal combustion engine can deliver a fuel economy of 18-20 km/ litre on the highway.

The hybrid Corolla Fielder delivers a fuel economy of 23-24 km/ litre. (These figures are subject to driving style and car maintenance condition).

A hybrid vehicle is powered by an electric motor and an internal combustion engine.

The critical components in hybrid cars are an electric motor, a large battery pack, an internal combustion engine, a bigger cooling system and more complex electrical system and engine computer.

There are some challenges and opportunities involved in the ownership and maintenance of hybrid vehicles both here and abroad. Your decision to buy one will be influenced by the cost benefit analysis.

There is an evolution in the car industry towards use of hybrid cars as the technical know how, resources and infrastructure needed to maintain and support them improves by the day.

Hybrid vehicles are here to stay because they have significantly better fuel economy on the highway, generally reduced exhaust emission foot print in the city and lower regular maintenance costs.

Hybrid cars have a few challenges experienced both here and globally.

The first one is the higher cost of ownership and maintenance in the long run, when their batteries fail.

Hybrid cars will cost more to buy because of their technology. This can be justified by the perceived saving in fuel cost terms.

The biggest challenge is when you buy a used Hybrid car without knowing the lifespan or condition of the very expensive hybrid batteries. You should get some form of assurance on the performance of the battery and inverter system when you buy the car.

Toyota Hybrid batteries usually promise a lifespan of 130,000 - 160,000 kms (this may be subject to how long you drive the car which tends to keep the battery fully charged), it helps to look at the mileage of the Hybrid Corolla Fielder you want to buy will help.

Hybrid cars will have slightly lower engine output and torque because their systems are geared more towards fuel efficiency. The fuel efficiency gains are felt more on the highway than during urban (slow traffic).

Your driving style will augment or reduce the energy efficiency of the Hybrid car. Hybrid car batteries will be regenerated if you apply the brakes slowly, which converts that energy to battery charge or if you cruise at moderate speeds on the highway the hybrid motor takes over from the internal combustion engine. If you tend to drive aggressively or brake suddenly, the efficiency benefits of Hybrid will be reduced.

Hybrid internal combustion engines and other mechanical parts of the Corolla Fielder are like other vehicles and can be maintained locally with the existing know how and parts support infrastructure.

The Hybrid batteries, inverter and modules can be diagnosed and replaced by some independent technicians locally. The challenge is these parts are still very expensive and have to be imported.

Why does my Progress experience a hard warm start?

When the engine of my Toyota Progress becomes warm, it makes a hard start but then starts after a few minutes. I changed spark plugs but it has not normalised. Some times, it emits fumes on climbing a hill and cuts it’s power. Other times it starts and on accelerating it does not respond but the engine will keep running. When I disconnect the negative side of the battery and re-connect it , it normalises. What can I do? Waniala Denis.

The coolant temperature sensor (ECT) is critical for starting because it helps the engine computor (ECM) regulate fuel air trim. During cold starts the ECM relies on the ECT to run the engine richer, at higher revs to allow engine warm up. 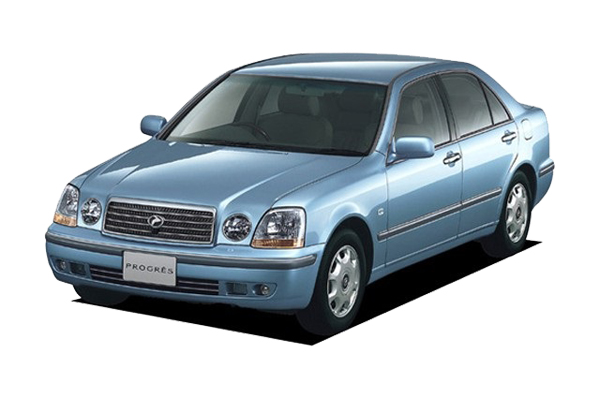 As the engine warms up the ECM adjusts idle revs downwards by delivering a leaner fuel air trim.

When the ECT sensor is faulty the ECM will run the fuel trim rich, even when the engine is not cold, this tends to flood the fuel injector rail which gives the car a hard start.

This will also cause poor engine performance and increased black exhaust fumes due to unburnt fuel.

Disconnecting the negative terminal will erase the diagnostic fault code which tricks the ECM temporarily and helps it to run a lean fuel trim during warm start. The uphill loss of power is usually caused by a bad mass air flow sensor.

What you ought to do is run a computer diagnosis which will help you confirm ECT or MAF sensor failure.

Clean or replace them and your car will start and run fine.

I have a Toyota G-Touring 1988 model. It has been serving me well but lately the alternator and battery light keeps coming on and off. This happens in three situations, 1. When I start the car, it stays on for a few minutes, then goes off. 2. When I break suddenly. 3. When I accelerate suddenly.  They light up for about three to five minutes. I bought a new battery but to no avail. Please help me. Thanks, Peter Ongom Odwe

Hello Peter,  your Toyota G Touring battery charging system needs to be examined to determine if you have a circuit fault or damaged alternator.

Most internal combustion engine powered vehicles such as yours have a charging system which also powers the accessories or consumers while you drive.

The charging system has three main components: the alternator (generator), battery (storage capacitor) and the circuit. You need a technician to check that the alternator provides a nominal charge between 13.7 to 14.3 volts during acceleration. If it doesnt, first confirm that there are no mechanical conditions that may cause the intermittent performance such as a loose or worn out accessory drive belt or loose contact on the positive alternator terminal.

If the belt and terminal are okay,  proceed to test the alternator. Should the alternator tests confirm that it is undercharging consider replacing it.

Occasionally loose or corroded battery terminals can cause poor battery charging, however in your case the battery shop must have ruled that out.