Advertisement
By Roland D. Nasasira
More by this Author

Before Edgar Katamujuna acquired his Volkswagen (VW) Transporter (T3) four years ago, it had been parked inside Hajji Ali’s compound in Bukasa for several months.

The previous owner used the car to deliver bread within Kampala, Jinja and Masaka before he relieved it of its duties.

Katamujuna’s love for the vintage VW T3 was however, not born four years ago. While still in primary school in the late 1980s, one of his uncles often drove him in such a car to school.

Years later, he test drove one belonging to a close friend, Emmanuel Ssemwanga.

“The moment I drove Ssemwanga’s VW T3, I  started looking for one and that is how I ended up in Bukasa. I had a discussion with Ali, and after inspection  we agreed on an amount,” he says.

Katamujuna says he would hire a motorcyclist who would drive him to Hajji Ali’s just so he could peep into the compound to see if the car was still parked there.

“When I eventually got the money, he had increased the price but I was determined to buy the car,” Katamujuna, who was hesitant to reveal how much he paid, recalls.

Unfortunately, Katamujuna could not reach home the day he bought the VW T3; originally registered with UPK 588 number plates,  because it  broke down along the way and required a car carrier because the clutch was worn out.

“As I drove the car, it developed heating challenges. I had mechanics work on it so many times that they started avoiding my calls,” he remembers.

Katamujuna’s VW T3, which his son nicknamed Hulk because of its green colour, has five gears that are synonymous with less fuel consumption.  Most similar cars have four gears that use more fuel.

‘Hulk’ runs on a 2100cc petrol engine with a maximum speed of 180kilometres per hour. However, its speed depends on the engine and how big the engine cylinders are. It’s not about the reading on the speedometer but the power of the engine.

Performance on and off-road

Katamujuna has driven his car to Moroto District, some 460km from Kampala as well as Gulu and Kabale Districts, among other places.

When doing town rounds, he covers nine kilometers using one litre of fuel and 12km on a highway.

“Its suspension system is best on a murram road. It is like VW vintage cars prefer the murram road to tarmac. The suspension is one of those parts I have never tampered with. Also, its long-lasting suspension system  has stood the test of time compared to those in the latest cars that break down quite often,” he explains.

Katamujuna says he spends Shs100,000, including engine oil replacement, on service because he does most of the things himself.

“A vintage car like mine turns you into a mechanic because not every mechanic understands it. There are few and specific mechanics who can service it and when you see them do something overtime, you learn and do it yourself the next time and save on maintenance costs,” he says.

“For instance, I can change the clutch myself and carry out its wiring if need be.”

He carries out service after driving about 10,000 kilometres with his spare parts sourced from Kenya and South Africa.

A seven-seater that can comfortably accommodate 10 passengers, including the driver, Hulk is also used for camping. 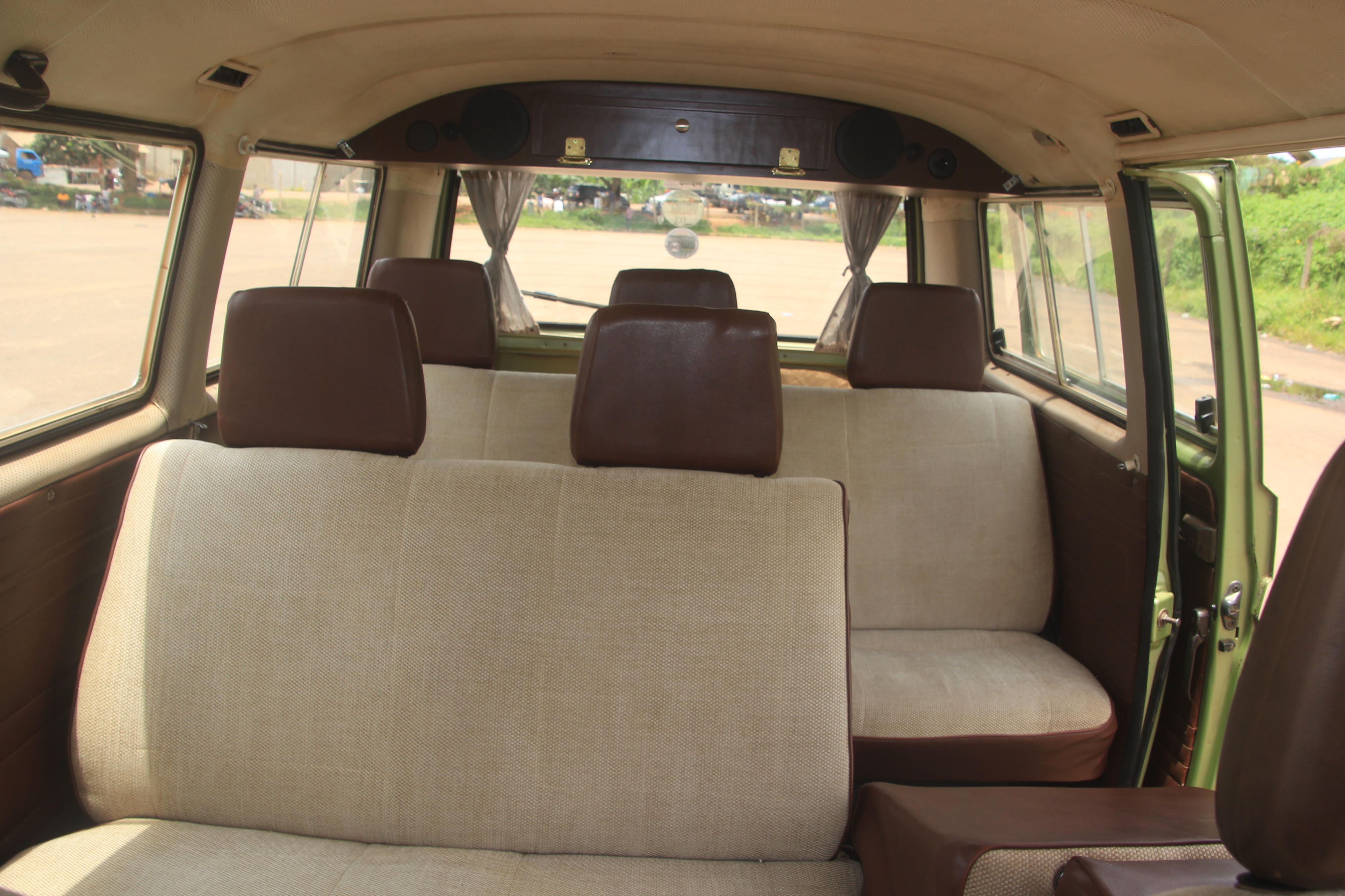 The rear seat is turned into a bed, the reason it’s fitted with curtains. It also has a cabin in the roof that keeps blankets, bed sheets and other items needed for camping.

Katamujuna also uses it for weddings as well as a tour and travel car.

“A friend’s Toyota Super Custom broke down and he asked me to pick his clients from the airport. When the clients saw my car, they loved itso I drove them to Mbarara. Every time they come to Uganda, they do not want to use any other car and that is one of the reasons why vintage cars should be handled with a lot of care,” Katamujuna advises.

The VW T3 originally had glass halogen lights that could not allow Katamujuna to see longer distances during the night. He has since replaced them with moonlights that are brighter.

“Do not bother buying a vintage car when you do not have the passion for it, otherwise it will rot away in your compound. If you love the car, you will do anything to have it on the road,” Katamujuna says  of the love he has for vintage cars.

The direction your normal manual car transmission gear lever takes is different from that of the VW T3. Engaging every gear is in reverse mode of the latest cars. While gear one goes forward in the normal car, it is instead engaged backwards in Katamujuna’s.