Advertisement
By Paul Adude
More by this Author

Throughout Uganda, poor rural communities continue to grapple with the challenges that stand in the way of improving the standards of the required sanitation and hygiene in their households.

A basic traditional latrine with a concrete floor and brick walls can cost as much as Shs1m to build, a cost that is out of reach for most rural households.

However, households in the central rural districts of Bukomansimbi, Kyotera and Masaka are being helped to adopt a series of cheaper contemporary and integrated water, sanitation, and hygiene (WASH) interventions to improve on their environmental health.

Using this approach, a single stance latrine can be constructed for less than half of the cost of traditional latrines.

Ms Benah Nakibuule, a resident of Buyaga village in Kyanamukaaka who owns a SATO  toilet constructed for the family says they suffered shame due to lack of proper sanitation facility until it was put in place.

“The latrine we had, lacked doors. It did not have a roof and there was no proper floor. When I got a SATO, things changed since it does not emit a bad smell or flies. Our children used to fall sick often but since the construction of the toilet, sicknesses reduced” she said.

Ms Nakibuule said that they were compelled to construct improved latrine on seeing one, upon visiting a friend’s home in neighboring village and realizing its advantages.

“We opted for a loan from the bank to construct the toilet after getting knowledge on how to do it. The old one was open with flies that used to come to our household items including food which could result into diseases,” she added.

Ms Nakibuule is one among the beneficiaries in 21 districts across Uganda who have accessed a programme of providing affordable means of building improved toilets. The goal of the programme is to end open defecation and to improve overall sanitation health and hygiene in the communities. 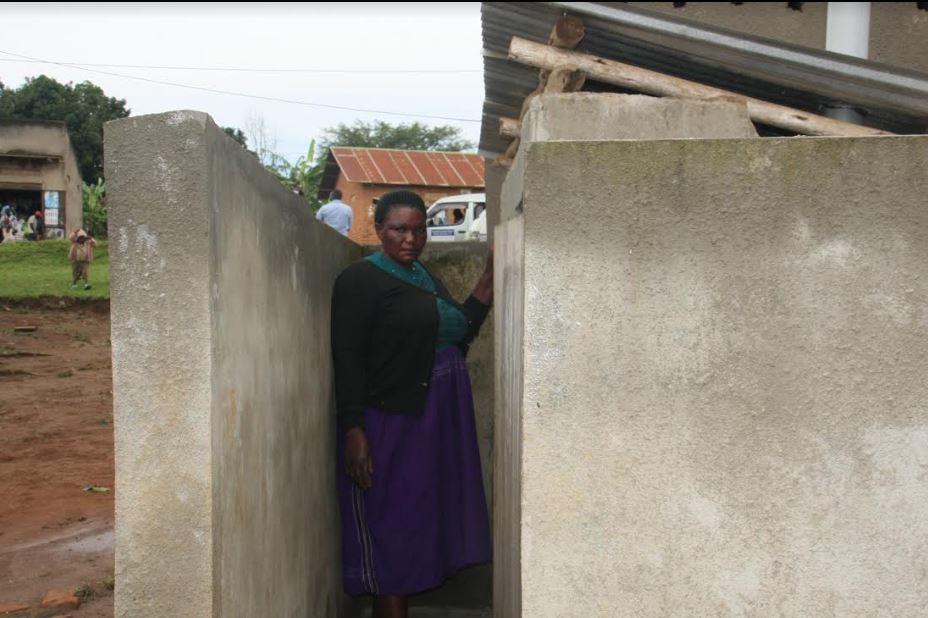 Under the arrangement, a number of hardware stores have agreed to enable households to purchase building materials on flexible terms.

Where households might be challenged by finances, the Rural Development Fund (RDF), a local charity organization operating in Greater Masaka, offers sanitation loans at concessionary loans.

Ms Nusifa Nakanjako a sanitation promoter in Kyotera cell C, who covers 500 households said although people want improved latrines, they are too poor to afford them, thus resorting to simply digging holes where they can ease off or use the bushes for convenience.

“Some people are persuaded by the idea, but the challenge they face is lack of money. Out of the 500 households, very few have well-built latrines, over 190 have make shift shelters with a hole while some dug holes, and enclosed it with banana fibers without water to wash hands after” she said.

Ms Sylvia Namudumbi another resident of Kyotera Cell C, said the need to keep their home clean pushed her into opting for improved sanitary latrines. Until that decision her household had depended on a, makeshift toilet constructed using poles while the floor was made of broken and slippery planks of wood.

“Good enough I had my own sand and gravel stones, all I bought was about 5Kgs of cement and pieces of reinforcement bars for the construction which all together cost me about Shs70,000 to have it built,” she said.

Mr Godfrey Kiwanuka, a mason said these toilets built using a precast slab (San plat) are more cost friendly than the ordinary traditional latrines. The beneficiary spends less money because they will know beforehand the cost estimates as well as the mason’s labour.

“With the traditional latrine construction, customers have no clue in terms of costs required till it is completed. But with a toilet with a san plat slab, a person is well equipped with the knowledge on the costs and time period it will take till completion since a mason makes exact measurements of the costs” he said.

Once the slab is ready, its strength is tested. After this, according to Mr Kiwanuka, the strength of the structure on which it is to be placed is also inspected before commencing works.

“If it is weak, we tell you to dig a new hole, if it’s strong we improve it by installing the precast slab.”

“Our sanitation covers 72 percent which leaves about 30 percent of the population without proper access to water and latrines. Our target is 90 percent sanitation coverage and we are triggering 100 villages in the district to make up their minds towards proper community sanitation,” she said.

She added: “The communities are poor. So, for someone to have a decent sanitation facility requires some money, the infrastructures may not permit them to have a SATO pan, others are still going to the bush.”

Mr Remegio Nzanzu, the Bukomasimbi District Health Inspector said the poor attitude of people towards sanitation has led to diseases like diarrhea, scabies, intestinal worms and fungal diseases in the area.

“Luckily, we have never registered any cholera outbreak but the sanitation standards are still very low,” he said.

Mr Brian Kawuki, the Financial Coordinator at the Rural Development Fund (RDF), which provides toilet loans said that Shs18 million has been loaned out in 8 months to various households.

“We started giving out these loans after realizing that sanitation was a major need in our surroundings. Essentially before you can give out a loan to a person, you need to ensure that their health standards are in good state. The need to improve on the sanitation encouraged us to roll out the toilet loan programme,” he said.

Mr Kawuki said the RDF gives out a minimum of Shs 200,000 for a one stance latrine, with a maximum of 800,000 for a two stance facility with perimeter wall and bathroom. The hope of RDF is to target the construction of 170,000 improved latrines in a five year period.

“We have a zero default rate, the pay back is very good, what we do for them is tangible. People did not want to build latrines because they were very expensive but when they saw the optimal means through a loan, more people are constructing latrines” he said.

With poor rural households responding positively, local leaders believe people in urban centres with disposable incomes could do a great deal about improving the sanitation status of their village households instead of buying gifts in order to improve their sanitation.