Advertisement
By Joyce Aheebwa
More by this Author

The sight of two little children standing there, masks covering their faces flooding with tears as they struggle to sing to an empty tent of the would be temporary shelter of the earthly garment of their grandmother’s body, poured fuel to an already burning sombre mood.

Singing ‘Kampamiirre aha rukiri, ebyegensi nomushenyi’ a song the late Jova Tumusiime always sang to the grandchildren every after dinner, the small gathering scattered in a spaced setting around the compound as the only way to show their support under these very alien circumstances Covid-19 pandemic has reduced us to.

By this time about three women would be standing with and holding those getting up to say something about this popular fallen hero, the place would be overflowing with mourners from all over especially in the case of the late Tumusiime (Mrs) who was a very friendly person that has touched thousands of people as  evident from watching the funeral service on YouTube.

However, following SOPs, one by one friends and relatives braved the pain and weakness to celebrate and attest to a life well-lived.

Multitasking
“Mother was so many things to so many people each individually, to me she had become a friend that was always there for me. So hardworking that she brought us all up in that way.

When you would hear her come and you are doing nothing, at least you would pour water on an already clean floor so that you can have some cleaning to do or pour beans down and start picking them up again but make sure you are doing something” said Grace Kiconco, the only biological daughter at the funeral service as dissolved into tears.

Jova was a shrewd businesswoman who made sure she had an income all the time,  was a passionate farmer with chicken, goats, sheep and cows on her farm in Wakiso and she also grew matooke and other food stuffs for home consumption and sale.

“Where ever my black beauty as I called her saw a grain of soil, she saw food. No matter how small, Tumusiime planted something for us to eat. We managed to go through the difficult times of poverty when we were first married here in kampala because of her. We never lacked food at all.” said Pastor Ephraim Tumusiime husband for 45 years of the late Jova
Tumusiime worked with her husband in Touch Africa Now organization that cares for vulnerable children under which she helped educate, cloth, feed children and the communities where they came from.

Tumusiime was referred to as mummy everywhere she went because of her motherly role that usually came first for her.

“It’s amazing how my wife never despised any job. She would wake up in the morning go to dig, get dirty, come home and shower, we take breakfast and she dresses up for the office work all the while finding time to nurture and train women in the community.” Pastor Tumusiime Recalls.

‘’She was more than just my boss. When she learnt that I had lost my mother, she promised to love me as a mother hence forth and asked me to call her mummy. She played this role tirelessly in my life. I can’t explain how it feels having to lose a mother again.” says Kabasomi Hamidah, Accountant Touch Africa Now. 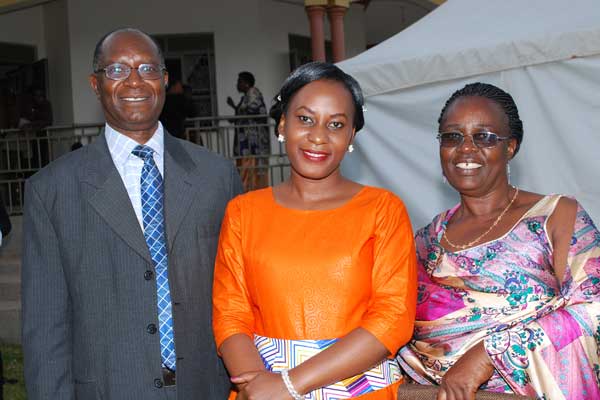 Tumusiime served the Lord as a pastor’s wife with many roles among which was leading Bible study every Sunday and also reach out to the women in church by teaching them how to contribute to family income, feed the family on nutritious yet affordable meals, and learn a skill to make money in their homes.

This would be through health seminars, teaching them to use small spaces in homes to grow vegetables, trainings in income generating skills like bakery, tailoring and so much more.

Pastor Mugabi Phillip of Dove Christian Fellowship Namungoona at Jova’s funeral celebrated the life of a very direct and honest woman who would not mince her words when communicating.

Sickness
Tumusiime and her son tested positive for Covid 19 and started a five-days treatment dose presenting with moderate symptoms of high fever and a slight cough with complaints of a chest pain.

As soon as the dose was over, she felt worse and family took her to hospital on oxygen. After a few days she needed to transfer to Mulago hospital for further management.

“When she was put in the ambulance to Mulago, she said to me, “you remember where I said you should bury me when I die’and Grace and I laughted it off and promised her all would be well she would come back to us” says Pastor Ephraim.

On the 13th July 2021, Jova lost her fight against the deadily Corona virus and was lied to rest on the 14th July 2021 at her marital home in Wakiso.

Family and friends witness to and finds comfort in the assurance that she knew and was prepared to go home due to the words she spoke and sharings in her last days the major being Isaiah 38 where the Bible speaks of Hezekiah’s illness the Lord sent the Prophet Isaiah to tell him about, that would kill him, so he should put his house in order.
“Grandmother was prepared even though for us we were not,” one of the granddaughters said at the funeral.

About Jova
Jova Kyakunzire Tumusiime was born on December 24, 1952 at Kabira, Mitooma District to Grace Kamitumba and Solomon Ruziramire. She was the first born to her parents and had eight siblings, two brothers and six sisters. She studied at Katurika for primary, Bweranyangi girls for her secondary education and acquired a diploma in agriculture from Bukalasa.

Tumusiime worked with government as agricultural officer Nabweru Sub County from 1976 to when she retired in early 2000’s.

She acquired a democracy and development studies degree from Uganda Martyrs University in 2010.
For Tumusiime’s son that was in Abu Dhabi and was unable to send off his loving  mother, many friends and family members that had to curl up in their houses with nothing but a video watching white suited men lower their loved ones casket, life may never be the same again.

The dirge by the granddaughters ‘ebyegensi no mushenyi’ these things of the world are only but dust, is a worthy meditation during the process of grief and new life.