Ambitious. Vernnie Kisembo worked as a nurse in diffirent capacities for 38 years. However, even when she’s comfortably retired, it is hard to believe that she started her retirement journey only ten years ago after a seminar. During the seminar, topics on retirement were tackled as well as others on the importance of saving. This was Kisembo’s turning point, she started thinking about her retirement, writes, Alex Ashaba.

For 38 years, Vernnie Kisembo was known for one thing; being a nursing officer.
It was a profession she loved dearly, probably because she had started out at a young age. She had joined a nursing school after completing Senior Four at Mpanga Secondary School in Fort Portal in 1979, she was just one of the 20 lucky students that were admitted.
Since she applied for a certificate in midwifery, a year and a half later, she had graduated.

Career
She got her first job shortly after graduating in Rukunyu Health centre, then in Kabarole District. She worked at the centre as a midwife until 1985.
“At the time, getting a job was not hard, especially if you had completed the course. This was because nursing schools were under the Ministry of Health’s jurisdiction, they easily posted qualified people to different health centres,” she says.

In 1985, she was transferred to Jinja Hospital where she worked until 1989 when she took a break to start a family.
When she resumed working in 1993, she went to Kilembe Hospital in Kasese District as a private health worker but would become a civil servant a year later when the hospital was taken over by government.
But Kisembo was ambitious, she saw herself at the top and in 1995, while working at Kilembe, she started working on upgrading. She joined Virika Nursing School in Fort Portal to a pursue diploma in midwifery.

She would embark on other academic adventures such as a diploma in paediatric nursing at Jinja School of Nursing and diploma in public health at Kyambongo University.
Like many people that started working at the time, she says her Shs7,000 salary was little though it later improved.
“It was a meagre salary that you could barely make any savings, especially because of the demands,” she says.

Preparing for retirement
Through her little savings, Kisembo used Shs50,000 of it to buy a plot of land in Kilembe in 1996. Later in 1998, she started investing in animal husbandry, starting with cows.
In 2007, she sold the land in Kilembe at a profit, Shs5m, she reinvested the money in land, this time in Gweri, where she currently lives.
“When my last born completed university in 2009, I started making meaningful savings,” she says.

In 2010, while attending a seminar on retirement preparation at Fort Portal Regional Referral Hospital, Kisembo was inspired and thus started considering saving.
“That seminar was a turning pointing because we were told retirement should never be the end, there was life after work,” she says adding that during the seminar, they were also told that educating a child wasn’t a life’s saving for a parent and thus needed a tangible investment. 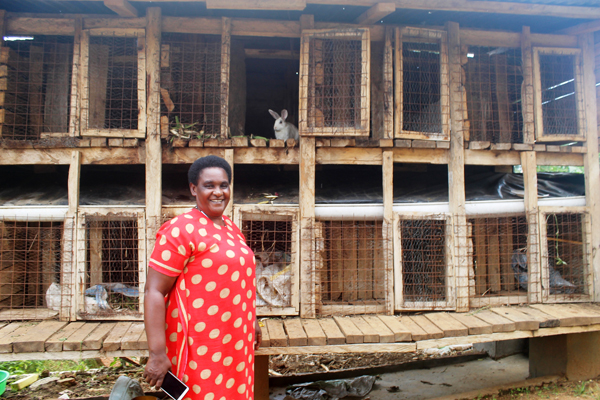 She used three acres of her father’s land to plant eucalyptus trees and put up a banana plantation.  Now, she makes at least Shs400,000 a week from matooke sales.
Today, she makes some of her money from selling tree trunks that are later used as electricity poles and timber from the eucalyptus trees.
Because of the seminar, she felt ready that in 2017, she applied for early retirement.
“By 2017, I had planned adequately and I was more than ready to retire. In 2019, I was financially stable so I went for it,” she says.

Investment
When Kisembo retired in 2019, like many civil servants she got a retirement package which she used this to complete her residential house and used the rest to invest in livestock and an animal husbandry project at home.
“Currently, I have 200 broilers. On the market, these are sold between Shs13,000 and Shs17,000,” she says.
She says farming has generally been a profitable venture that she is planning to expand by starting a piggery business.

Advice
Kisembo advises  people not to fear retirement because to live a happy life after retirement, one needs to plan very well.
“It’s important to make an investment in your profession, if you are a health worker, establish a health facility because this will help you practise even after retirement,” she says.

In 2010, while attending a seminar on retirement preparation at Fort Portal Regional Referral Hospital, Kisembo was inspired and thus started considering saving.
“That seminar was a turning pointing because we were told retirement should never be the end, there was life after work,” she says adding that during the seminar, they were also told that educating a child wasn’t a life’s saving for a parent and thus needed a tangible investment.