Advertisement
By Suzan Nanjala
More by this Author

Polly Otuk Ouma 61, dedicated more than three decades to shaping minds of the nation as a secondary school teacher. He started his career in 1985 as an economics teacher and rose through the ranks to retire as an administrator in 2019.

Otuk retired to Aduku Town Council in Ikwera Sub County, Kwania District to continue with his investment in rentals and commit himself to farming.

After graduating from Makerere University with a bachelor’s degree in education, he joined Aduku Secondary School in Kwania District as a teacher of economics earning Shs 2,500 a month.  It was at this point that he started planning for life after work. As an economics teacher he says he knew he had to be deliberate in budgeting for his income.

His grand plan was to join the business world on his retirement but he had no idea which one until the solution presented itself in form of lack of quality accommodation in the district. Otuk decided to construct rentals which would become hostels for students of Uganda College of Commerce (UCC) Aduku, a government –aided, co-educational, business training tertiary institution.

“This was a fail-proof idea because at the time, these students were renting grass thatched huts, anything would be an upgrade from that. It was also ideal for me since teachers do not have enough time to monitor businesses. All I had to do was avail an account number where money would be deposited every month without me getting involved,” says Otuk.

Starting with hostels, he also built rentals for civil servants and other people in need of quality accommodation. By the time of his retirement, he had constructed 32 units and is now adding 16 more.  Otuk collects about Shs1m from non-students in a month and Shs5.5m per semester from the students. 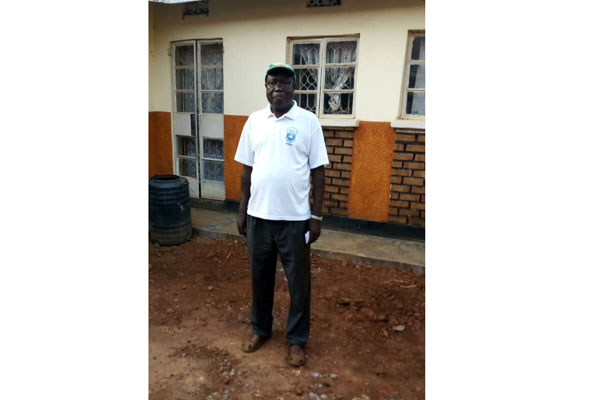 On retirement Otuk decided to diversify his investment into farming and now he owns four acres of pine trees, one acre of mango trees, and 500 trees of coffee and 100 hundred suckers of bananas which he is planning for commercial purposes.

His wife, who is also a teacher, does poultry farming and has about five hundred broiler birds which also generate an income for the family.

“I want to widen my land for farming more. I am happy with my efforts so far but nothing makes me happier than seeing the students I taught excelling in their own careers. I have bumped into many of those that I mentored and who have now become teachers and headteachers,” he says happily.

Retiring has also given Otuk enough time to give back to his community such as the church where he is an active member.

“My people and I are happy now that I am available to take active roles in the church,” he notes.

Otuk is the vice chairperson of West Lango Diocese. He is spearheading the renovation and construction of Aduku Cathedral. “If it all goes to plan the cathedral might have a provision for the guest wing or training institute so that the youth can acquire skills to earn money and sustain their households,” Otuk reveals.

The retired teaches advises young people to acquire skills beyond what they are taught in class.

“It is important to know that there will be a time they will be unable to earn from their careers this is when other investments should come in handy. You do not need a lot of money to begin; start with two chickens if well looked after they will multiply with time,” Otuk advises. He also cautions retirees against investing their hard earned benefits in get rich schemes that usually never succeed. Otuk, who has three children,  advises those joining teaching to plan for the size of their families because having many children will put a strain on their already meagre income and limit their possibilities of being able to invest.

Otuk wakes up at 7:30am, says a word of prayer then sets off for road work for about one to two hours.  After his workout, he takes a bath and settles down for his breakfast.

He spends his morning receiving visitors and clients. In between he reads the news online to keep himself updated.  Between 1pm and 2pm he takes his lunch and rests for one hour. From 5pm to 6pm he takes on another road work which he does either walking or jogging then comes back to take his bath and after supper retires to his bed.

He exercises to remain healthy both physically and mentally.