Tanzania People’s Defence Force hurriedly regrouped the 201st Brigade and brought in the elite 208th Brigade to reinforce it. They launched a surprise double-pronged attack on Lukaya Town with the 201st Brigade attacking the main defensive lines from the south.

On the night of March 11, 1979, five months after the president of Tanzania, Mwalimu Julius Nyerere, declared war on Uganda, the Uganda Army (UA) backed by a group of Libyan forces, faced off with the Tanzania People’s Defence Forces (TPDF) in the town of Lukaya.

That battle marked the last major resistance put up by the UA against the combined force of TPDF and other Ugandan fighting forces that had joined the war against president Idi Amin following Nyerere’s November 1978 declaration of war against Uganda.
The declaration followed failure by the Organisation of African Unity (OAU) to resolve the dispute that arose between Tanzania and Uganda after Amin’s army made an incursion into Tanzania in October 1978 and annexed the Kagera salient.

Relations between the two countries had been strained since 1972 when a group of political exiles attacked Uganda from Tanzania where former president Milton Obote, a close friend of Nyerere, who Amin had deposed in a January 1971 coup, was living in exile.
The invaders were crushed and forced to flee to where they had come from. The armies of the two countries had also had a few border clashes before an armistice stipulating that both states would withdraw their forces from the common border.

Build up to the war
The circumstances that led up to UA’s incursion into Tanzania remain shrouded in mystery, but according to Brig Bernard Rwehururu’s book Cross to the Gun, in mid-1978, a Tanzanian spy was captured at Masaka Technical School, which overlooks Kasajjagirwa barracks. The barracks was also the headquarters of the Mechanized Reconnaissance Regiment.
Among the spy’s possessions was a piece of paper on which he had scribbled a few lines suggesting that whereas the barracks would be easy to attack, it would be difficult for any invader to retreat under fire.

The book suggests that reports of an eminent attack on Masaka kept filtering into the headquarters of what was then known as suicide regiment, which prompted some officers to make demands for a swift pre-emptive attack on Tanzania. Amin did not take action, but some of them did.
“In October 1978, Juma Butabika with a handful of some of the Malire troops left his unit and took over command of the troops that had been permanently stationed at the border before advancing into Tanzania,” Brig Rwehururu writes. 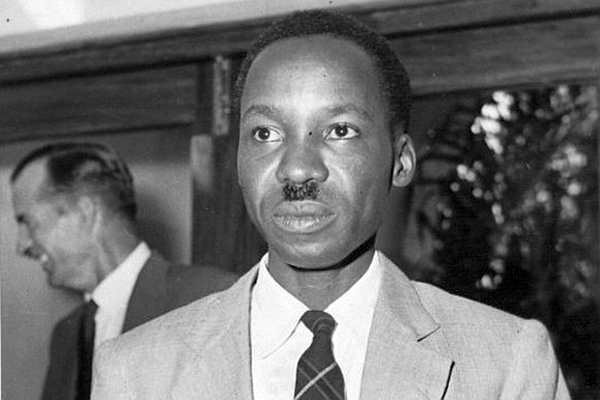 Butabika is said to have lied to Amin that it was the Tanzanians who had attacked first, so Amin sanctioned Butabika’s southward march through Kasambya to Kyaka Bridge, effectively cutting off the entire Kagera salient.
On November 1, 1978, Amin went on air and announced the annexure. The following day, Nyerere declared war.

Tanzania hits back
Despite having declared war on Uganda on November 2, 1978, it was not until January 21, 1979, that TPDF attacked UA at Mutukula and Minziro, forcing the Suicide Regiment to withdraw to Sanje.
The Suicide Regiment was shortly afterwards replaced at Sanje by the First Infantry Brigade under the command of Lt Col Abdallatif.
On January 25, 1979, as Amin was celebrating the 8th anniversary of his rule, TPDF was overrunning UA’s positions at Sanje and advancing towards Kalisizo.

Enter Libya
Towards the end of January, a mediation attempt by then Libyan leader, Col Muammar Gaddafi, was rejected by Nyerere who insisted that fighting would only end if member states of the OAU condemned Amin. He also insisted that Uganda pays reparations for damage it had caused in northern Tanzania.

It would appear that the snub angered Col Gaddafi who now chose to back Amin militarily. According to www.ospreypublishing.com, “In February 1979, the Libyan troops, a hodgepodge of regular units, people’s militia, and members of the Islamic Pan-African Legion - a force of sub-Saharan Africans equipped and trained by the Libyans (and reinforced with a number of mercenaries) to serve as an expeditionary force in that kind of operation, and precisely this sort of operation,” started arriving in Uganda.

The New York Times was the first to report about the arrival of Libyan troops in Uganda.
“They (sources) said tanks, fighter planes, heavy artillery and infantry weapons have been arriving at Entebbe, Uganda’s international airport on Lake Victoria, in Libyan and Ugandan planes for the last week,” the newspaper reported.
Initially, Libya denied having deployed any fighters. A report carried in The New York Times of March 7, 1979, indicated that the Libyan government had at the time insisted that its only nationals in Uganda were teachers, doctors and bank workers.

The arrival of the 2,500 Libyan fighters, however, coincided with the Military Council’s decision to appoint Amin as chief-of-staff of the army as part of preparations for a counter offensive against the TPDF.
There are conflicting accounts about how well equipped the Libyans were. The late Brig Rwehururu seemed to suggest that they had problems communicating with the Ugandans as they spoke neither English nor Swahili, and were not equipped for the kind of combat that they ended up getting engaged in.

“Their clothes were clearly not for jungle warfare. Instead of arming themselves with assault rifles like G3s, AK-47s or Yugos, they had light arms like Uzi guns and a wider range of machine pistols. Even the few artillery pieces that they came with were a mockery of the nature of war that was raging on,” Brig Rwehururu said, but Osprey had a different story to tell.
“Libya staged a major airlift of combat forces to Kampala and Entebbe, sending 2,500 troops with T-54 and T-55 tanks, BTR APCS, BM-21 ‘Katyusha’ multiple-rocket launchers (MRLS), artillery, MiG-21s, and a Tu-22 bomber,” it reported.

The fighting
According to Brig Rwehururu’s book, the Libyan forces were split into the infantry and air force. The air force men stayed behind at the airbase in Entebbe while the infantry men were sent to join the UA force that was waiting for the enemy in Kalisizo, but TPDF descended on them in force, forcing them to retreat all the way to Masaka.

Battle of Lukaya
Crossing of watercourses such as lakes, rivers and swamps has always been a difficult tactical undertaking. But TPDF had until then not met any serious resistance from the Ugandan Army. It chose to ignore the fact that the long causeway, which stretched across the swamp northward from the town could easily be defended from the solid ground at this northern end.

The article ‘The Libyan Army in the Battle of Lukaya (March 1979),’ which was published by www.ospreypublishing.com, says TPDF chose to deploy its 201st Brigade to directly cross the causeway while the elite 208th Brigade was deployed to outflank the western edge of the swamp just in case the Ugandans tried to block their advance along the causeway.

Unbeknown to them, a fighting force of Libyans the size of a brigade – which consisted of infantry, 15 T-55s, over a dozen APCs, land rovers with 106-mm recoilless rifles and a battery of BM-21 MRL –had assembled north of the swamp.
The Libyans were joined by UA soldiers under the command of Col Godwin Sule, who Amin had entrusted with the counteroffensive operation. Despite being of Sudanese origin and unlike other foreigners who felt that they did not have a dog in the fight, Sule was a very competent and highly skilled officer who was committed to the cause. 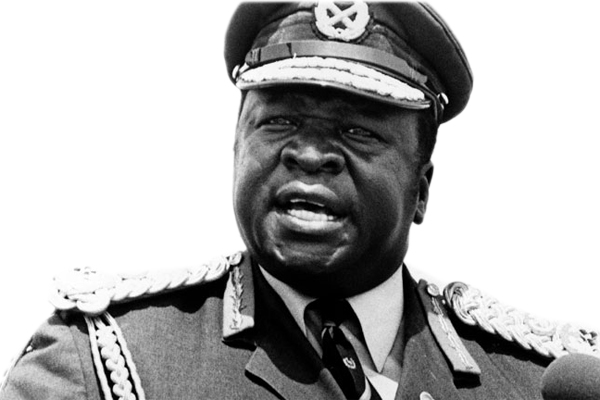 TPDF taken by surprise
“The Libyans, reinforced with several units from Amin’s army, charged down the causeway and into Lukaya, fortuitously catching the Tanzanians by surprise as they regrouped. The moment the Libyans spotted TPDF troops in Lukaya, they stopped and began to shower those units with fire from their BM-21s. The Tanzanians had never faced multiple-rocket launchers before, and many bolted from the town in terror,” Osprey reported.

By the time the Libyans chose to enter the town, there was no resistance. The Libyans were then ordered to launch a counteroffensive to retake Masaka, but opted to pitch camp in Lukaya instead of building on their initial victory.
They sat in Lukaya in defensive positions, but without digging in and did not send out reconnaissance parties, which would have helped them to establish the enemy’s strength and presence.

TPDF hurriedly regrouped the 201st Brigade and brought in the elite 208th Brigade to reinforce it. They launched a surprise double-pronged attack on the town with the 201st Brigade attacking the main defensive lines from the south, while the 208th Brigade drove east to the Lukaya-Kampala road then turned south and hit the Libyan force from the rear.

The needlework precision with which TPDF operated in Lukaya rendered the Libyans and UA forces impotent in the face of the flanking attack. Many Libyan units, especially the Islamic legionnaires and militiamen, broke and ran.
Col Godwin Sule was killed in the battle that claimed the lives of at least 200 Libyan fighters and many more Ugandans. Sule’s death plunged the command structure into disarray. Ugandan troops chose to abandon their positions and fled the front.

Tanzanian commanders, including Gen David Bugozi Musuguri, aka Gen Mutukula, who took command of TPDF’s 20th Division which was assembled to flush Amin out of Tanzania and later Uganda, admitted that their initial setback at Lukaya could have been a disaster.
It was only the incompetence of the Libyans that had saved them. The battle of Lukaya, as it turned out, was the last major battle prior to the fall of Kampala.