Advertisement
By Tony Mushoborozi
More by this Author

On August 26, 2013, CNN aired a half-hour special titled ‘The Power Couple,’ profiling Moses A. Mawa and his wife Patricia. The television programme chronicled the inspiring journey of a young Ugandan man who arrived in Canada with $20 in his pocket in 1994 and proceeded to build one of the most recognisable media companies in Canada in less than 20 years. The company in question is Silvertrust Media, the largest Black-owned media organisation in Canada.

Silvertrust Media is a marketing and communications firm based in Toronto, Canada. If you have seen Excellence Magazine at several upmarket newsstands across the continent, including in Kampala, then you have seen Mawa’s work. Destiny is just one of several regularly scheduled magazines that Mawa’s company produces; the others being Envision, Legacy, Diversity, and Excellence just to mention a few. And yet that is only the tip of Silvertrust’s output.
The company also owns Afroglobal Television, a 24-hour channel that showcases the best of Africa and the Diaspora, the Transformation Institute for Leadership and Innovation, a nationally incorporated Canadian agency for positive change, and the Excellence Awards programme, the list goes on.

Mawa’s meteoric rise to the media mountain-top is as inspiring as it is unusual. He started the company in 1996, when he was just a first-year film student at Carleton University, Ottawa. He told CNN that he was inspired to start the company to counter the negative stories in the media regarding Africa, its worldwide sons and daughters.
“When I arrived in Canada, I was shocked to see how Africa was portrayed on television, in newspapers, magazines and in film. My first order of business was to write a business plan for a media empire,” he told Sunday Monitor.

Seeds of business
Before he left for Canada, Mawa had been involved in his mother’s produce business as a teenager here in Uganda. That is how the seed of entrepreneurship had been planted in his heart. He believes this gave him his initial business understanding.

“When I came to Canada, I figured  out that it was not going to be possible to sell corn. So I needed to do something rather different… So when I gained some experience in [media] production, I thought that wow, this is great but instead of stepping into the world looking for employment and so on, why don’t I just create one for myself, and then find like-minded people that could come on board as well and just work,” he tells CNN. And that is exactly how Silvertrust Media was born.

Love and partnership
In 2000, a Nigerian lady named Patricia Bebia, who had travelled to Canada to attend Input, a course by the Canadian Broadcasting Corporation (CBC) and for further training at Algonquin College of Science and Technology, showed up at Mawa’s studio looking for a job to gain Canadian experience.
Patricia had worked in the industry in Nigeria. She got the job with one thing leading to another and the two developed a friendship. This soon blossomed into a romantic relationship that culminated in a marriage on Valentine’s Day, February 14, 2002.

But theirs would turn out to be more than just a marriage.
“While I started Silvertrust Media in 1996 when I was a student, many of the brands that we have now were launched with the indispensable support of my dear wife and our executive vice president, Patricia Bebia Mawa. A native of Cross River State, Nigeria, she is bright, bold and beautiful. She is a great television host and a filmmaker,” Mawa says.

As a film and television executive, Mawa has produced shows for television channels in Canada and internationally, beside his own network. But he’s not the type that keeps his train on just one track. He’s a strong believer in creating world-class content for conventional and digital programming. So over and above broadcasting, his work extends into magazines, books, films, online platforms, award ceremonies and others.

“My initiatives can be categorised as publishing, broadcasting, event management and special projects, including strategic marketing and public affairs consulting. I believe that events celebrate moments, film and television elevate experiences, and publications capture memories. I also have interest in real estate, technology and finance,” he says.

Television channel
In the 2013 CNN documentary, Mawa said, “Producing a television programme may not be enough. It is possible to have a channel. And potentially having a channel might not be enough. It might be appropriate to have multiple.”
The comment appeared to have been made in passing, but three years later in 2016, Mawa launched Afroglobal Television, his first TV channel, which, going by the trajectory of things, could be the first of several. 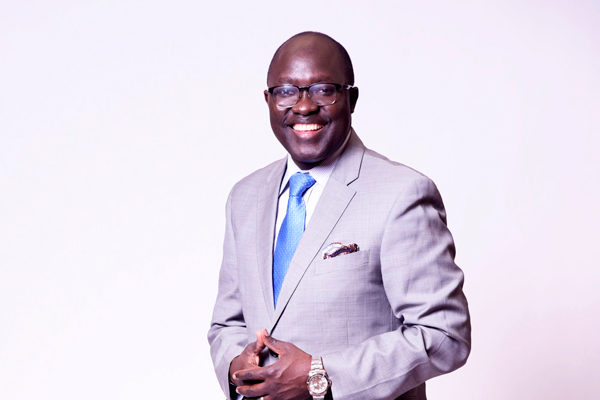 In 2017, Mawa decided to author the 150 Extraordinary Canadians Legacy book with his wife Patricia. The 332-page book coincided with Canada’s 150th birthday. It was so seminal that Canadian prime minister Justin Trudeau wrote the foreword.
The book profiles music superstar Celine Dion; astronaut Chris Hadfield, Hollywood’s Titanic director James Cameron, and many other diverse Canadians of national and international acclaim.

The honours
Over the years, the accolades have been flowing to Mawa’s bosom. Some the honours he has received include the York Regional Police Civic Leadership Award; Reelworld Visionary Award, the Queen Elizabeth II Diamond Jubilee Medal, presented by the Government of Canada on behalf of the Queen of England… the list goes on.

“One of the most distinct honours I hold dear is when Dr Julius Garvey, son of the legendary Marcus Mosiah Garvey, said at the launch of the Afroglobal Television channel in 2016 that my vision and work is the extension of his father’s legacy. He later asked me to help set up the Marcus Garvey Institute as the preeminent organisation to advance his father’s global influence,” says Mawa.

“The institute was formally incorporated on October 10, 2020, in Canada, with Dr Garvey, our associate Michael Dawson and I as founding directors. This is monumental because Marcus Garvey was a revolutionary leader who inspired Kwame Nkrumah and other leaders of Africa’s independence movement, among other great achievements,” he adds.

Early life
Mawa was born in Entebbe, in the early 70s, to Severino Amanzuru, a police officer from Ajujo in Adjumani District, and Monica Yemba, who was born in Yei, South Sudan. The couple had a daughter before him and six other children in the extended family.
“My father was an exceptional police officer, known for his spirit of excellence and integrity. He was officer 536, who carried a badge of honour. I would later learn that we were poor because he would not take bribes,” Mawa says of his old man who passed away in 1990.

Mawa is grateful to his uncles the Rev Willow Yemba and Hissen Buda, who helped his mother navigate challenges, raise him and support his siblings.
As a child, Mawa was close to his sister, Jesca Eriyo, who would later serve as Member of Parliament in Uganda, minister of State and deputy secretary general of the East African Community.

Education
After obtaining his O-Level certificate in Moyo, Mawa proceeded to Mvara in Arua for his A-Level which he concluded at Kampala Secondary School in 1993. He then went to Kenya, with the intention of attending Daystar, a Christian university in Nairobi. However, he got an opportunity to go to Canada.

Mawa arrived in Ottawa in 1994, and commenced his Bachelor of Arts degree in Film Studies at Carleton University in 1995. He also later pursued studies in leadership and various technical training programmes in film and television.
“My mother, who passed away in 2016, taught me that it is dreams that fuel passion. She said not even the sky is a limit, because it is just an illusion. I encourage everyone, especially our youth, to discover their passion and everything else will follow,” he says.