Months after performing abysmally in the 2021 general election, the leaders of the Alliance for National Transformation (ANT) have dusted themselves and are picking up the pieces.

They have now hit the political road to find out what was done right and wrong during the elections. Party sources say they are trying to find out if there are things they did which led to the disastrous performance, or they did the right things, but this failure can be attributed to extraneous variables.

ANT needs surgical analysis of its performance because the only recognisable victory came from Terego: wth Wilfred Saka, their member, elected the district’s chairperson.

“This is like SWOT analysis,” ANT’s Wilberforce spokesperson said referring to a compilation of strengths, weaknesses, opportunities and threats perhaps facing this political party. “We are looking at where we went wrong and how we can improve.”

Largely, Opposition parties that have failed to end President Museveni’s 35-year hold on power have been in a soul-searching disposition with many asking if at all they can continue doing what they have been doing.

However, with ANT the soul-searching could be more needed than any other Opposition party due to their calamitous display in the election in which Gen Mugisha Muntu, their presidential candidate, got less than one per cent of the vote and the party didn’t win a single seat in the coming 11th Parliament.

Formed in 2019, ANT didn’t expect miracles in the recently concluded election, but at the very least the party leaders thought they could win two or three seats in Parliament, something which would have secured their foothold in Uganda’s murky and rather saturated politics.

Gen Muntu, during the campaigns, with the help of his lieutenants such as Alice Alaso and Winifred Kiiza traversed the country, holding several indoor conferences and town halls, meeting up with people.

They thought such personal and up-close meetings would be better than mammoth rallies other political parties prefer.
“Our belief is that the strength of a chain lies in the quality of each individual link,” Gen Muntu tweeted last year as he was campaigning for the top-most seat in Uganda.

“Focusing on small town hall-style meetings has allowed us to engage in conversations with voters, not just one-way rally.”
Though the town hall meetings shielded Gen Muntu from the brutality of security agencies, which were enforcing the anti-Covid-19 regulations in a partisan manner, the approach simply didn’t yield any tangible results.

“That strategy,” Mr Mwambutsya Ndebesa, a senior lecturer at Makerere University College of Humanities and Social Sciences, says referring to small meetings, “will not work and has never worked for anybody in a banana republic. You must mobilise people along with a sentiment. And that sentiment is the one that mobilises people around your personality. Otherwise, there is no grievance that he [Mugisha Muntu] picked up.”
Though the idea of holding small meetings is being rubbished as elitist, Gen Muntu and his party have adopted the same in what they called “post-election review meeting.”

The party has been having a conference with its candidates who stood in previous elections and so far they have covered Buganda, Busoga, Bugisu, Teso, Lango and Acholi sub-regions and very soon they say they will cover Bunyoro, Toro and Ankole.
“We are going to use these meetings to help build structures,” Mr Wilberforce Sseryazi, the ANT spokesperson, says. “We had no structures when we were going into previous elections.”

Yet again, “building structures” has been a byword of Gen Muntu’s – from his time as Forum for Democratic Change’s (FDC) party president to now ANT – which he formed with disenchanted FDC members.
Mr Ndebesa, nevertheless, believes that Gen Muntu and his group are being utopian and he recommends that they pick a leaf from what National Unity Platform’s Robert Kyagulanyi Ssentamu, alias Bobi Wine, did to establish himself as the Opposition’s main figure. 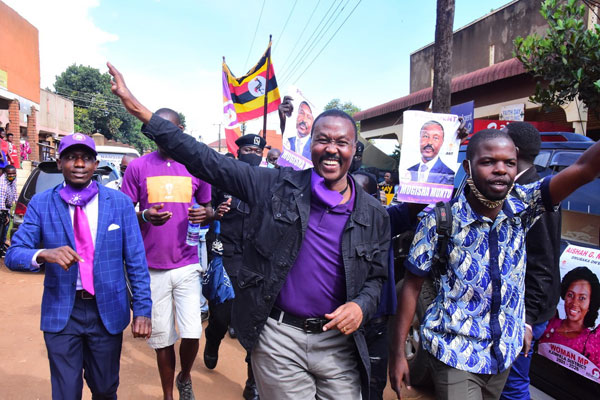 “You must have some sentimental base. It’s not necessarily a political base. Political bases in Uganda aren’t easy to find because in Uganda people aren’t ideologically inclined. So when people aren’t ideologically inclined, how are you going to get them on your side? At least those who liked Kyagulanyi’s music identified with him. You must identify with a certain social group that’s aggrieved and use that social group to construct a base. And then from the base, you can radiate outside.”

During their conferences, ANT members insisted they won more than what was reported in the press. They single out the Busoga sub-region where they say their members won as councillors in districts such as Bugweri, Kamuli and Namayingo.
They also point out that their member is the mayor-elect of Busembatia Town Council in the newly formed Bugweri District.

“We are taking stock of how we performed and I think we did well in Busoga and also West Nile. We won a number of positions though they are low-level. But we think that’s a good starting point,” says Sseryazi.

Internal democracy
Beyond the elections, ANT’s internal democracy, which was the reason they advanced when they were breaking away from FDC, will soon be tested.
Since its formation, the party has been run by a so-called interim executive which included, Gen Muntu, Ms Alaso, Mr Wadri, Mr Mwiru and Ms Kiiza, among other people.

When he was picked last year as the party’s presidential flag bearer, Gen Muntu resigned from his position as the party head, giving room for Ms Alaso, who is now occupying the seat on a temporary basis as the party decide how they will organise a delegates’ conference later this years.

“Once we’re done with the review of the election, we shall put in place structures,” Mr Sseryazi says. “We shall have committees in each parish, in each sub-county, in each district and in each constituency. Those will be the delegates who will vote for the substantive leadership at the national delegates’ conference.”
Gen Muntu has always vowed to familiarise a new type of approach which would redesign politics and campaigns once his group takes over.

“You have to build on the strengths of those you lead, not beating them down. Gen Museveni correctly diagnoses the leadership problems we face in Africa, but acts in complete contradiction to the solutions he proposes,” Muntu said last year.
But his party sources say he been facing financial shortfalls and things weren’t helped when some of the MPs who had claimed that they would support him shied away.

Mr Elijah Okupa, who represents Kisilo County, Ms Angelline Asio Osegge, who lost her Soroti Woman MP seat to FDC’s Anna Ebaju Adeke, Mr Abdu Katuntu, who retained his Bugweri County seat though his victory is being contested in the High Court by FDC’s Julius Galisonga, Prof Morris Ogenga-Latigo, who lost his Agago North, and Abed Nasser Mudiobole who for the umpteenth time lost the Iganga Municipality race to Peter Mugema, alias Panadol, all reneged on joining him.