Despite the Mitala and Bisoko chiefs joining the Busoga Lukiiko, their petitions to the colonial government did not stop. As a result, Governor Philip Mitchel decided to visit Busoga and hold an open baraza in Bugembe.

As ZK Sentongo’s Baganda Youth Association (BYA) – founded in 1919 – was folding in 1922, the Young Basoga Association (YBA) was being created.
Though BYA was radical in nature and in 1921 it demanded the departure of the Kabaka and the creation of a republic, the Busoga version – founded by its president Musa Kaduyu, his vice president Yekonia Lubogo and secretary Tomasi Geme – was the opposite.
Fearing what had happened in Buganda under such an association, the Busoga colonial administrators were sceptical about allowing the formation of the same in Busoga.
“We want the young Basoga of this generation to unite under one body... This association will think of Basoga workers who do work to make the country go ahead (sic). It will remind them to work very steady (sic) and to be true and faithful workers and not to be untrue and unfaithful workers who bring disgrace to our country,” wrote YBA secretary Geme to the governor.
To the colonial leaders, the service YBA wanted to offer in Busoga was already provided by the Busoga Lukiiko (parliament) and district officers. As a result, the provincial administrators advised their superiors in Entebbe not to consider the petition.
However, Governor Philip Mitchel feared that stopping the Basoga youth from registering an association could create an underground political movement.
“It is prudent to allow them to operate in the open, lest they become secret political organisation,” Mitchel wrote to the provincial commissioners.
A decade later, the Abataka Association (AA) was formed and merged with YBA to become YBAA.  The association felt that the Saza and Gombolola chiefs had betrayed the lower chiefs of the Miruka, Mitala and Bisoko when they didn’t consult them on the issue of mailo land, bulusu tax and the bwesengeze (settlement fee).
The lower chiefs wanted the introduction of mailo land in Busoga like it was in Buganda, but it was blocked by chiefs who sat in the Lukiiko.
Writing in the Uganda Journal of 1976, Dan Mudoola says: “It is possible that by the 1920s chiefly groups realised that with the colonial authorities unwillingness to allocate mailo land to them and the debate that was going on about their salaries scheme, they needed some extra-bureaucratic organisation to take care of their interests, thus compared to their counterparts in Buganda, Basoga chiefs had enough grievances to warrant the formation of the association.”
The YBA founders were connected to the colonial administration either as chiefs or clerks. Thus, they were products of the colonial system – having been educated in the missionary-funded schools – meaning they were barred from playing any role in the amalgamated association.
Following the merger of YBA with AA, the founders of YBA took a back stage and let the AA founders manage the affairs of the day.
The leaders came from families that were ruling the different chiefdoms. For instance, the president of the association, Ernest Wandira, a Mwisengobi, was a former gombolola chief from Kigulu. His deputy, Zefania Munaba, was a son of a mukungu who before the coming of colonial rule had been a ruler of Busambira.
Azalia Mutekanga Nviri’s father had close links with the Baisengobi, the rulers of Bugabula. Amosi Kaduyu was a son of a Mumbedha (princess) of Buweira in Kigulu. Kaduyu and Mutekanga Nviri acted as honorary secretaries to the association.

Demands
These lower chiefs steered YBAA to counter the upper chiefs who they accused of being a sell-out to the colonialist.
They petitioned the colonial government in Entebbe for the introduction of mailo land and wanted the reinstatement of the busulu tax which the upper chiefs had abolished.
They were also a rallying voice against the establishment of the East Africa Federation which they feared was going to create a settler class of people to take over land from the locals.

YBAA also opposed to the establishment of plantation farming and demanded the inclusion of locals in businesses such as cotton ginning and retail trade that had been monopolised by Asians.
But the colonial administrators failed to understand YBAA’s structural organisation.

Writing to his deputy, colonial chief secretary Soulsby said: “It has always been impossible to obtain precise information about this association. So far as is known, it has no written constitution, articles of association, or statement of objects, accounts are never presented, membership is ill defined and  office bearers constantly change. Everything is typically African, fluid and unregulated. Nevertheless the, association has continued to function for many years.” 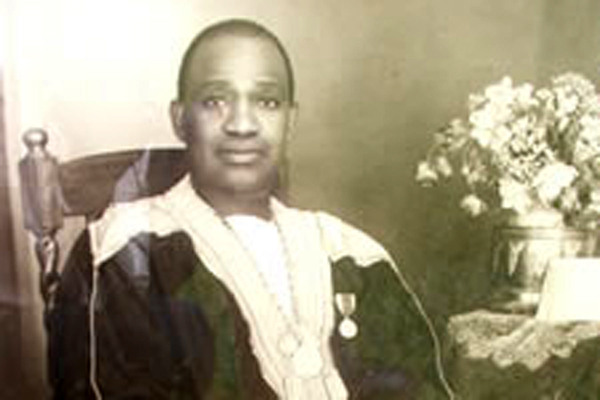 At the peak of the demand for the introduction of mailo land system in 1935, YBAA accused the chiefs of having a secret deal with the colonialists to have limited mailo land distributed among the few top chiefs.
“Such acts were a betrayal of Busoga tribal customs,” Mudoola writes.

In a July 14, 1935, letter to the Busoga Provincial Commissioner, YBAA honorary secretary Nviri demanded the creation of a bakopi’s (peasant’s) lukiiko in Busoga.
Despite being made up of people connected to the chiefdoms, YBAA tried to align themselves with the bakopi well knowing that colonial administrators were assumed to be bakopi protectors.

Instead of creating a bakopi lukiiko, the YBAA membership – Mitala and Bisoko chiefs – were made members of the Busoga Lukiiko in 1938.
Despite joining the Lukiiko, their petitions to the colonial government did not stop. As a result, Governor Mitchel decided to visit Busoga and hold an open baraza in Bugembe.

“The people who appeared comprised the old and the young, relatives of chiefs, ordinary peasants, educated men and, in fact, I supposed a fairly genuine representative section of the tribe taken at random anywhere. They were orderly and intelligent but felt evidently strongly and sincerely about matters they had come to discuss,” he observed after the baraza.

According to Mudoola, “While he saw the administrative functionality of the Bisoko and Mitala chiefs at the grassroots administration, Mitchel also saw the need for recognising them as traditional leaders short of legalising their demands for free labour and busulu.”

Kyabazinga is created
Governor Mitchel supported the idea of a bakopi lukiiko which he felt was inherent and essential in this part of the country.
As a result, Mitchel instructed the chief secretary to have new colonial administrators sent to Busoga.
Temple Perkin was sent as acting provincial commissioner while Noel was sent in as the new district commissioner. Their assignment was to find a lasting solution to the discontent in Busoga province.
Upon arrival, Perkins toured each county in the province. He got to the root of the discontent and a solution was found – the creation of council directly elected from each county.

Governor Mitchel and his team in Entebbe agreed to Perkins’ recommendations. Besides the creation of the council, Perkins also recommended the creation of the post of omuwanika (treasurer), and the president of the Busoga Lukiiko who was to become the Kyabazinga.
The Kyabazinga was not to have political powers, but to be the chief liaison officer between the colonial government and the native administration.

Queen Elizabeth II thanks public after husband's death, as she turns 95