He was arrested by police from Bukoloto Trading Centre, Bugerere in Kayunga District, and was detained at Kayunga Police Station before being transferred to the Nile Mansions, now Kampala Serena Hotel to face Paulo Muwanga, then vice president and minister of Defence of the Milton Obote II regime.

Kibazo was a personal friend of Mr Yoweri Museveni and also a member of the Front for National Salvation (Fronasa), a rebel movement led by Museveni in the 1970s that was fighting to overthrow Idi Amin. Ugandan exiles with the help of Tanzania People’s Defence Forces overthrew Amin in April 1979.

After the Uganda National Liberation Front (UNLF) government was formed following the fall of Amin, Muwejjere as Kibazo was popularly known among his peers, was elected a UNLF member representing Kampala District.
When the Uganda Patriotic Movement (UPM) party led by Museveni was formed in June 1980, Kibazo was made chief mobiliser for Buganda region.

In December 1980, the Uganda Peoples Congress (UPC) party won the controversial elections and formed a new government. In February 1981, former minister of Defence Museveni in protest of the UPC win started the Luweero Bush War.

When Museveni launched the war, intelligence operatives started tracking Museveni’s accomplices across the country.
Kibazo was among those put under intelligence radar, and because of that, he abandoned his home in Kampala and went to stay in Kayunga. 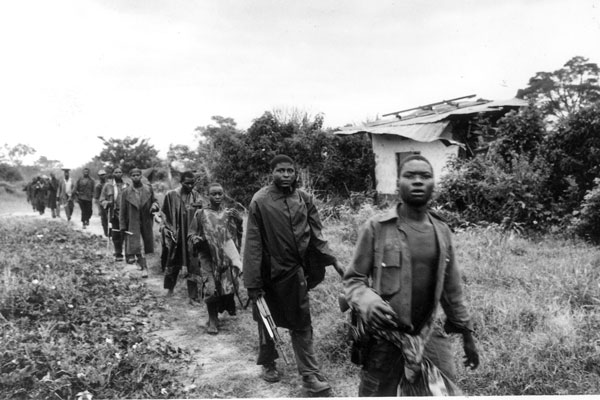 Life in Kampala
In the 1950s, Kibazo bought an Austin tipper that the Kampala City authorities hired to transport garbage. He made some good money and bought a piece of land at Kibuli, a Kampala suburb, and constructed a mud and wattle house.
Ahmed Kinene Kibazo, now 61-year-old son of Kibazo, recalls how Museveni often visited his father in Kibuli.

“I saw Museveni visiting us about three times in the 1970s. Whenever Museveni came, he would have a closed-door meeting with my father. I also remember Museveni used to wear a hat and would wash his clothes by himself only at night,” Kinene says.
In his book Sowing the Mustard Seed, President Museveni confirms staying at Kibazo’s home.

“In 1971, alone, I travelled in and out of Uganda five times: in February, April, June, September and December. Each time I would stay for about a week, mostly in Kampala. The first time I came into Uganda in February 1971, I stayed with Martin Mwesiga at Nsambya and later Mwesigwa Black at Naguru-Katale. Sometimes I would stay with Abbasi Kibazo at Kibuli,” Museveni writes on Page 54.

After Museveni went to the bush, Kibazo transferred some of his family to his country home in Kayunga District with the intention of establishing contact with the rebels in Luweero District.

Admitted to hospital
One day in mid-1981 while working in his coffee garden, Kibazo accidentally injured his son Kinene’s leg. Kibazo then rushed his son to Naggalama Mission Hospital where he was admitted.

“I was lying on the bed in severe pain when my father came and whisked me away. Rumour had circulated around the hospital that I was Kibazo’s son and a Museveni rebel who had been shot in the leg by government forces in Luweero,” Kinene, who was 21 years old at the time narrates.

“From Naggalama, my father took me to his friend Hussein Kasole’s place in Mbale. Kasole, was a businessman and had a hotel in Mbale Town.”

Unfortunately, Kasole could not hide his friend’s son because the situation was also tense in Mbale as security personnel were looking for Mawombe Mukhwana, another accomplice of Museveni.

So Kibazo decided to send his son to exile in Kenya where he would stay with this his aunt. Kibazo then returned to Jinja where he stayed at his young brother Musa Mukiibi’s home at Magamaga.

Kibazo is arrested
After some days at his brother’s home, Kibazo decided to go to Kayunga to pick up his lorry. His plan was to take his tipper to Jinja so he could work from there.
“I had asked him not go,” Mukiibi says. “In fact, I had suggested that I go to Kayunga first, assess the situation and report to him. But he refused, insisting that he must go there himself.”

Kibazo then jumped on a bicycle and peddled off from Magamaga to Kayunga. On arrival, he found the battery of his lorry run down. He then took it to Bukoloto Trading Centre for charging.
It was while there that he was arrested by security operatives and detained at Kayunga Police Station.

A day after, a messenger was sent to Magamaga to inform Mukiibi, who then travelled to Kayunga the following day.
“When I arrived at Kayunga Police Station, I told a policeman at the reception that I had come to see my elder brother Kibazo. The policeman went to the cell and called for Kibazo. Prisoners inside answered that Kibazo had been taken to Kampala the previous day,” Mukiibi recalls.

Residents told Mukiibi that Kibazo had been arrested by Musana, a notorious security operative in Mukono District.