When the three East African countries of Tanganyika (Tanzania), Uganda and Kenya had just attained independence in 1961, 1962 and 1963 respectively, they were fond of making five-year development plans.
Although they were independent states, they shared common facilities and services essential to their development. This was possible under the East African Common Services Organisation (EACSO).

The organisation was responsible for a number of services, which included railways and harbours, income tax and customs, airways and air traffic control, posts and telegraphs and territorial industrial licensing.

Though under one organisation, there was a problem of trade imbalance within the three countries that affected mostly Uganda and Tanganyika. According to the World Bank’s folder titled Travel Briefs East African Community of January 1970, Kenyan had an advantage over Uganda and Tanganyika.

“Uganda and Tanganyika obtained from Kenya more duty-protected goods than they in turn sold, they apparently received less import revenue,” the report states in part.
In early 1964, the Tanganyika president (this was before it merged with Zanzibar to become Tanzania) Julius Nyerere threatened to pull out of the organisation if nothing was done to reverse the situation before the announcement of his country’s next five-year development plan.

“We could either maintain the common market on Tanganyika’s terms, which include the imposition of tariffs against Ugandan and Kenyan goods with the cost of collecting the dues to be wholly borne by Uganda and Kenya, or Tanganyika would dissolve the association,” he said.
With Nyerere’s ultimatum looming ever closer, the heads of state of the three countries met in Dar-es-Salaam, Tanzania, on the April 10 and 11, 1964.

At the end of the two-day summit, they agreed on the creation of as emergency committee made up of the ministers of Finance and Trade plus an equal number of technocrats from the three countries.
The emergency committee was tasked with producing a report on the common ground before April 30, 1964, just before May 2, 1964, when Nyerere was scheduled to announce his development plan.

Making of the agreement
The first emergency committee meeting was in Dar-es-Salaam. Uganda was represented by ministers Mayanja Nkangi and Amos Sempa of Commerce and Finance respectively.
Tanzania had Paul Bomani and George Kahama, while Kenya was represented by S. Gichuru and Julius Gikonyo Kiano.  The Dar-es-Salaam talks focused on trade imbalances within the East African common market.

The next round of talks were held in Kampala. Unlike the Dar-es-Salaam talks, the one in Kampala focused on setting up systems that would reduce the trade imbalances.
Writing in a paper An East African Problem of Thirty Years Ago, S.F. Bailey, a British national working with the Kenyan Ministry of Commerce and Industry and was also part of the Kenyan delegation, said: “The Kampala negotiations were confused and muddled.

The Tanganyikan ministers all along wanted to go their own way; the Ugandan ministers were more conscious than the others of their own need for regional co-operation; the Kenyan ministers were in a pole position during the talks, but made little attempt to conceal their contempt either for the other ministers or for the idea of  an agreement, while the three sets of officials were united in making desperate attempts to stitch together an agreement which might be workable and acceptable to the three governments.”

The agreement was formally signed on April 29, 1964, just two days to Nyerere’s announcement of Tanganyika’s proposed withdrawal from the organisation. Because it was signed in Kampala, it became to be known as the Kampala Agreement. 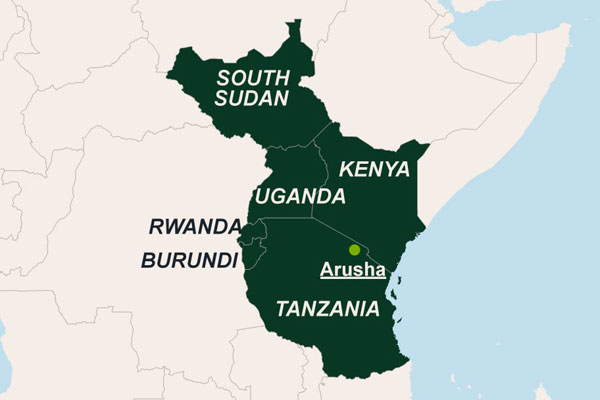 Besides regulating the industrial licensing system, the agreement also introduced quota systems on the importation and export within the three countries. This article of the agreement was to require factories either to open up on other territories where they did not have a presence, or increase on the production in that territory other than importing the difference in their production needed to supply the market.

As a result Bata Shoe Company, which was based in Nairobi, opened a production branch in Kampala. The Kampala branch was to supply 60 per cent of the Uganda shoe market, reducing shoe imports from Kenya by 300,000 British Pounds.
Though the three governments ratified the agreement, it died a natural death soon after. As the biggest loser, Kenya almost took no action in implementing it.

“Kenya in particular was unable, or unwilling, to apply the considerable pressures needed to keep their commercial and industrial interests within the spirit of the system because it had a number of comparative advantages over Uganda and Tanganyika,” according to the World Bank report.

“Many factors have combined to give Kenya a predominant position in commercial transactions within the common market. Some of these factors are, Kenya’s comparatively large non-African population. This has provided a high-income market as well as a reservoir of skills and enterprise favourable to the early development of manufacturing and commercial agriculture. Favourable climate, particularly the temperate conditions prevailing in Nairobi and the Kenya highlands.

“This was an important factor in bringing European farmers to Kenya and reinforced the attractiveness of Kenya for European firms wishing to start manufacturing in East Africa. External economies which developed as centres of commerce and industry expanded in Kenya and produced a growing reservoir of labour skills as well as a considerable infrastructure investment; these made Kenya cumulatively more attractive to new enterprise and thus made it more difficult for Uganda and Tanzania to overcome the advantages possessed by Kenya.”

According to the World Bank report, territorial location of industries as agreed in the agreement was never realised.
“The plan to direct the location of new enterprises was never realised and the number of scheduled industries was never extended beyond the restricted number originally agreed namely, textiles and blankets, steel drums, glassware, enamel hollow-ware and metal window and door frames,” it reads in part.
Bailey in his report also faulted Kenyan politicians for failing the project in order to keep their commercial and industrial interests.

“Almost from the start Tanganyika showed a tendency to take unilateral action in, for example, the imposition of import controls, and later simply announced the creation of a separate currency. From that point onwards regional co-operation was effectively doomed,” Bailey writes.
And from the World Bank’s point of view, the agreement suffered a stillbirth right after it was signed. As the biggest economy in the region, Kenya dragged its feet when it came to implementation.

“Almost from the beginning, controversies arose in carrying out the Kampala Agreement. Efforts to reach agreements on quotas for some of Kenya’s exports to Tanganyika failed, and in June 1965 Tanganyika unilaterally imposed a number of quotas which were later broadened to include a wide range of products. There was a wide-spread fear at that time that the common market might break up completely,” the report read.

In East Africa, 32.9 million people face acute food shortage: 75 per cent of them in the Sudan, Ethiopia and South Sudan

Museveni hints at plan not to sign Sexual Offences Act