Advertisement
By Allan Darren Kyeyune
More by this Author

In the more developed parts of the world, sport has risen to offer more than just enjoyment to fans and players.
It is a multi-billion dollar industry with athletes like Cristiano Ronaldo earning more money off endorsement deals via digital platforms like Instagram annually than his pay cheque at Italian club Juventus.
And Ugandan brands that see such value in sport are now partnering, in a more different manner, with individual athletes.

Cheptegei, who holds three world records, the world cross-country title, the Commonwealth double and the world 10000m gold, will promote ‘Destination Uganda’ at domestic and international level.
He has already visited the snow peaks of Africa’s third highest mountain, Rwenzori, and the sight of him glancing right in front of the famous Silverback at Bwindi Impenetrable National Park gives the new UTB promo video an extra slice of beauty.

Reward for excellence
Both Cheptegei and Onyango have signed undisclosed deals that are reportedly worth millions of money. Endorsement deals have become sportsmen’s lucrative rewards for excellence.
Currently, Onyango, who has also featured in other endorsement deals in the Rainbow Nation, has 10 clean sheets in 14 games to thrust his club Mamelodi Sundowns to the top of the South African DStv Premiership log.
Yet, Cheptegei, who also has also contract with kit manufacturer Nike, has won five championship medals and set a total five WRs over the long-distance events in the last four years.

Indeed, hard work pays! Cheptegei and Onyango are walking the real professional athlete line.
It is a reminder of this writer’s car ride through Egyptian capital Cairo whose billboards are littered with different images of Liverpool forward Mohamed Salah endorsing almost everything from apparel, a bank, to an internet bundle, a soft-drink, among others.
Salah is to Cairo what Kenyan marathon Eliud Kipchoge is to Nairobi and so is Mbwana Samatta to Tanzania’s town of Dar es Salaam.
The same can be said about cricket stars Mahendra Singh Dhoni and Virat Kohli across India or Neymar, Lionel Messi and Ronaldo across Qatari capital Doha.

Sekatawa did it first
But such deals are not new to Uganda. Issa Sekatawa, one of the country’s most glorious footballers of the ‘80s, was the first sportsman to sign an endorsement deal.
When he joined Express from Nytil and top-scored in the 1982 and 1983 seasons of the Ugandan League, he was then the biggest name in Ugandan sport.
It prompted footwear company Bata to launch an Issa Sekatawa sneaker. And he did not stop there. Textile firms came running and made special Sekatawa T-shirts designed with messages: ‘Goals are my business.’

Sekatawa made most of his time at the peak of the game by getting more deals with soft-drinks companies. Perhaps, that should serve as a reminder that sport is not just leisure. Sport is big business, hey!
Golola house, Kip sipping
And Moses Golola, who changed the face of kickboxing in Uganda, can attest to that fact. He has been the brand ambassador for Rockboom, an energy drink by food and beverages manufacturer Harris International, since April 2014. 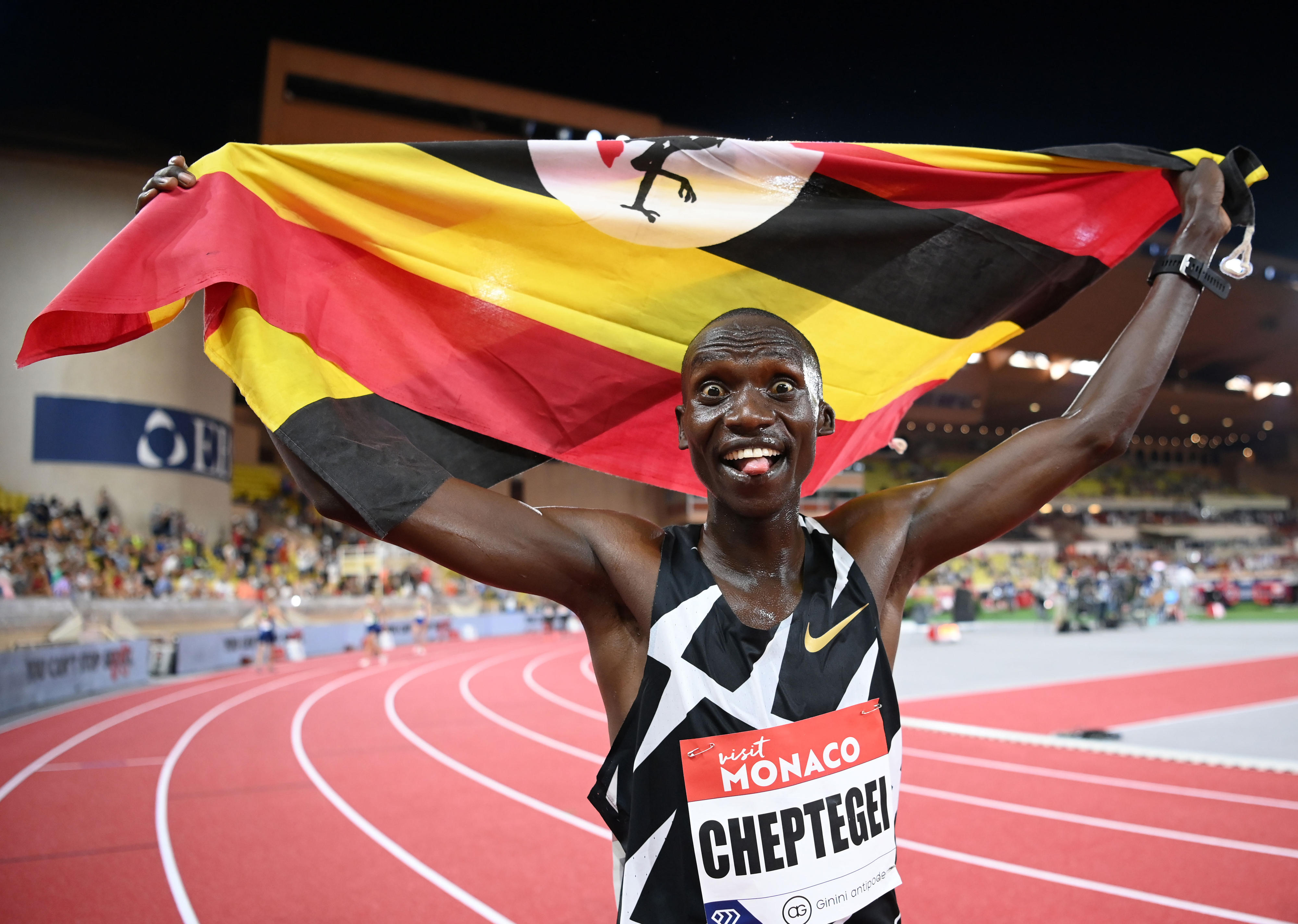 Golola has featured in the brand’s advertisements and as a reward for success achieved with the endorsement.Harris built him a three-bedroom house last year.
Irrespective of profession, how easy is it to build a house in Uganda?
In the year where he added the world title to his Olympic marathon gold, Stephen Kiprotich was named ambassador for Aqua Sipi, a mineral water brand by Mukwano Industries in 2013.

He also featured in the commercial for Sipi, which named after the water falls in his home of Kapchorwa, with the runner endorsing with a unique tag line: ‘Kip Sipping’.
Around the same time, Tonny Mawejje, who was then the Cranes’ midfield lynch-pin, had his face across the city on billboards advertising Rwenzori mineral water.
In October 2016, young motocross rider Isabella Blick secured a one-year deal with Jesa Dairy Farm to endorse their milk products.