Police said Wednesday that at least 10 people had died and 33 others seriously injured after a grisly accident involving five vehicles along Fort Portal-Kasese highway on Tuesday night.

The 9pm accident occurred at Kihogo along Hima--Rugendabara road, according to eye witness accounts. The section of the highway is still under re-construction. 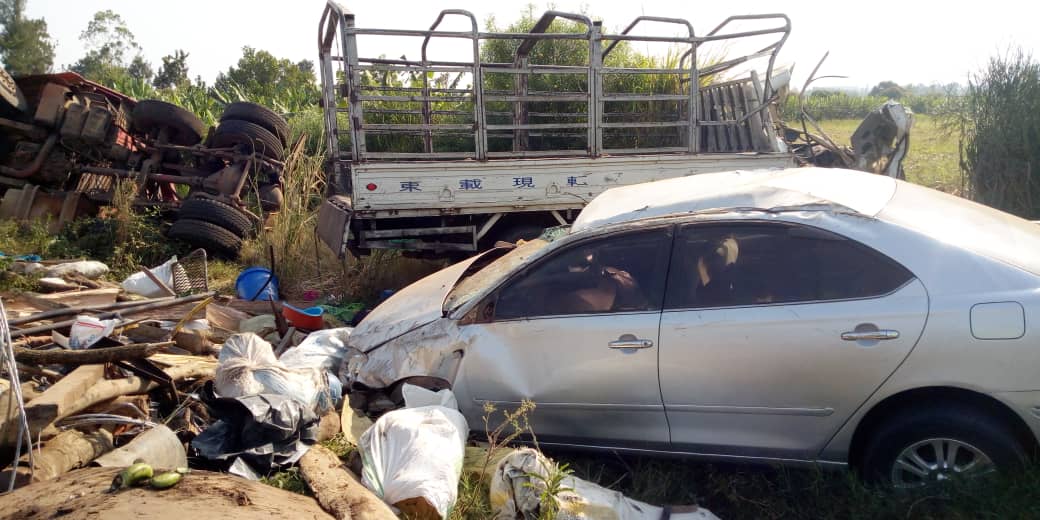 The wreckage of some of the vehicles at the scene

“Our emergency response team working with Uganda Police and UPDF led by Major Charles Nzei has managed the incident,” she added in a message released to journalists on Wednesday morning.
According to available information, a speeding truck transporting a coffin collided with another car before the drivers of the other cars lost control and rammed into the stationery accident vehicles.

“There was a big truck with a coffin and people on top, while a lorry full of people followed closely behind. When the car with a coffin hit another car, the lorry behind it also rammed into it causing another accident,” said Mr Alex Aliganyira, an eye witness.

He added, in a short interval, other two vehicles came and also rammed into the wreckage of the first accident cars.

By press time, the Rwenzori East regional traffic commander, Mr Mathius Okwir said detectives were investigating the actual cause of the accident and would provide details later.
Bodies of the victims and the injured have been taken to Kilembe Mines Hospital.

Mr James Muranga, the Kihogo village chairperson local council I said the truck was transporting mourners from Bundibugyo en route to Maliba sub-county for burial when the accident happened.
Mr Martin Katende, a driver who was travelling from Mpondwe to Tororo blamed the contractor of Fort Portal--Kasese road that is under construction for not putting warning signs on the road especially where heaps of sand and other road materials have been dumped on the roadside.

One of the survivors, Moris Kikwamimbi told this reporter that they were travelling from Bundibugyo District in a canter registration number UAU 457F that had about 25 passengers on board heading to Maliba Kemihoko. As they approached UNRA weighbridge at Kihogo cell, they collided with a speeding Premio registration number UAU 700 U.

“The canter driver and another mzee died on spot while the other passengers jumped out of the canter and tried to run. However, a lorry owned by Umeme, registration number UBF 968Y, arrived and as they (Umeme people) were still inquiring whether there were people who needed immediate help, two speeding trucks for Hima cement factory registration number UAY 793E and UAY 836Y rammed into other vehicles and some residents who had gathered at the scene,” he said. 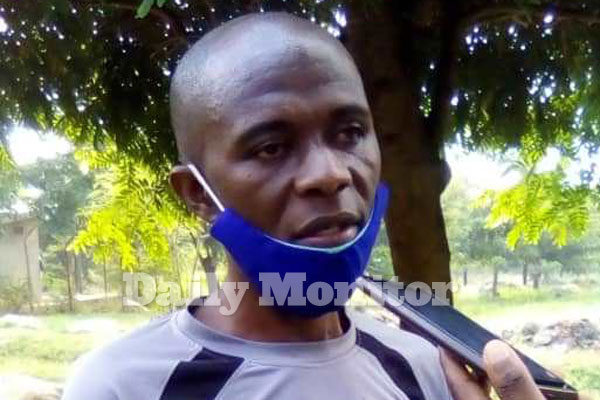 One of the survivors, Moris Kikwamimbi. PHOTO/ MORIS MUMBERE

This reporter saw several bodies being loaded onto police vehicles and transferred to Kasese Municipal Health Centre III mortuary. A police officer attached to the Forensic department at Hima Police Division told journalists that the number of the deceased persons could rise as some of the injured victims were in critical condition.

Editor's note: This story was updated on February 4, 2021 to reflect police clarification on the number of casualties

There were also reports of poor facilitation, with some learners alleging that their training had been prolonged for more than a year

Collapsed Makindye building that killed 13 was constructed by bricklayer

This revelation is contained in a National Building Review Board (NBRB) investigation report that the board conducted last year following the...

Pallisa Hospital gets facelift after decades