His daughter, singer Angela Katatumba confirmed to this reporter that he succumbed to pneumonia and asthma.

"Yes, dad has died. He had an operation but unfortunately it was not successful. He succumbed to pneumonia and asthma," Ms Katatumba told this reporter on phone.

Katatumba: an empire under threat 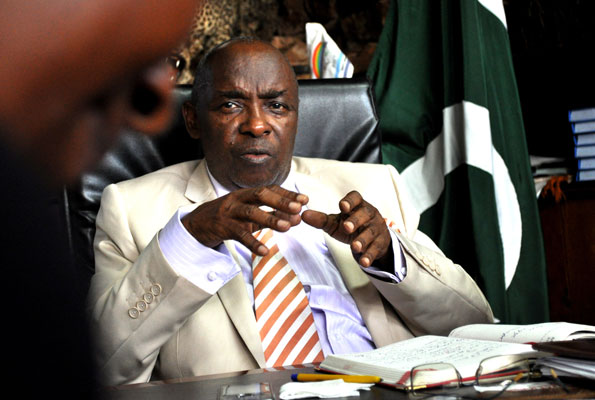 At the age of seven, Boney Mwebesa Katatumba squeezed juice out of ripe bananas that he would sell to bus passengers travelling between Kabale, Mbabara and Kampala

Married with two wives, Gertrude and Grace, the father of nine was born on April 3, 1946 in Mbarara.

Katatumba, who was a Pakistan Honorary Consul in Uganda and CEO Katatumba Group of Companies was the youngest in a family of five brothers and four sisters.
He attended Nyamitanga Catholic Parish Primary School, before proceeding to Ibanda Junior School, where he was enrolled on a Shell BP scholarship.
From Ibanda Junior, he moved to Ntare School, Mbarara and later to Old Kampala High School, where he completed his secondary education.
In 1969, he joined Makerere University, where he later graduated with a bachelor’s degree in Sociology and Economics in 1971.
He held a number of honorary awards from various institutions in the US and Europe and has served as president of Uganda National Chamber of Commerce and Industries, member of Economic Policy Research Centre and chairman of United Nations G77 Chamber of Commerce and Industry Developing Countries, among others.