A 27-year-old expectant mother has died in a road accident en route to Mbale regional referral hospital to give birth.

Mr Mafabi Butwahil’s wife, Aisha Woguti was being transported to hospital on a boda boda before she was knocked by a speeding vehicle.

The Elgon region Police Spokesperson, Mr Rogers Taitika, said they had launched investigations into the accident to establish its cause. 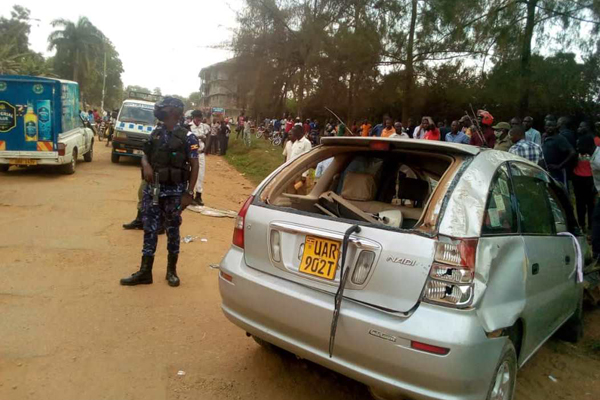 “We rushed them to Mbale regional referral hospital for medication. One of them is a sister in-law to the deceased, “Mr Ssemakula said.

Her body was taken to Mbale City mortuary for postmortem.

Police were compelled to use teargas and rubber bullets to disperse the angry residents who attempted to lynch the driver of the vehicle.

“This spot has become deadly. This is not the first accident. Last time we lost an IUIU student who was knocked at the same spot, “Mr Magambo said.

Last month, a third-year student of Islamic University in Uganda (IUIU) at Mbale Campus was knocked dead by a boda boda rider, who was attempting to evade arrest by police.