Kampala Metropolitan police spokesperson Emilian Kayima said the five youth were arrested on Monday morning in possession of posters and press releases explaining how Maj Gen Muhoozi is the eligible presidential candidate in 2021 .

“We arrested the five youth at Kolping Hotel in Makerere. They had posters and press releases. We were tipped off by our intelligence people and we arrested the youth on site,” he said.

Asked whether the suspects were planning to hold a press conference since they had press releases, Mr Kayima said they are yet to know their motive.

“We have them at CPS and they are recording statements. We shall know their intentions in due course,” he said. 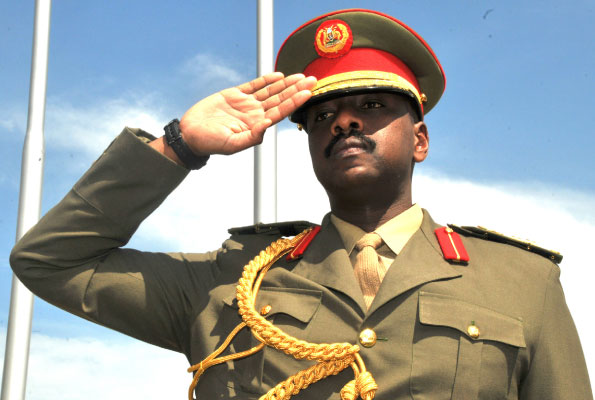 Why Not group leader says if God gave his one and only son Jesus Christ (to save the world), why not the President.

whom he said would be charged with inciting violence, false presentation, and giving false news.

“Maj Gen Muhoozi has told us he has no knowledge about the group. What they have done is regarded as inciting the public and can lead to violence. They would be criminally charged,” Mr Kaweesi said.

He added that the suspects could have been mobilised by people who have been popularising the “Muhoozi Project” with criminal intentions.

“We suspect they have been used by people propagating the Muhoozi presidential project. These imposters shall be prosecuted for their criminal acts,” Mr Kaweesi said.

Maj Gen Muhoozi was early this month moved from the position of commander of the Special Forces Command (SFC) and appointed as a special presidential advisor in charge of operations.

I am not eyeing the presidency - Muhoozi 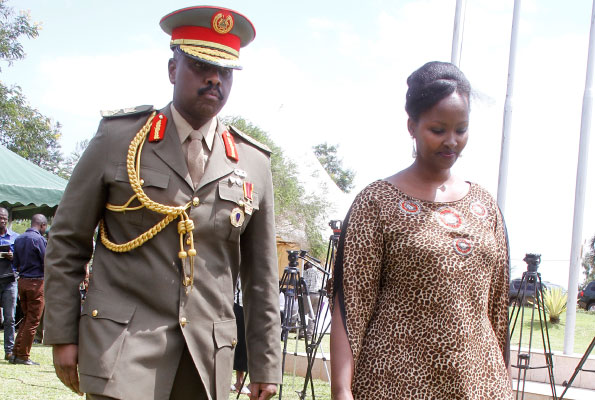 Mr Museveni, 72, has promised to respect Article 102(b) that bars persons above 75 years from contesting for the presidency.