Every June 5 is World Environment Day. Unlike the previous years, this year’s celebrations by conservationists around the world did not happen because of the Covid -19 pandemic. However, in Uganda a few people gathered at National Environment Management Authority (NEMA) House under the theme “Time for nature”.
The Minister of State for Environment, Ms Beatrice Anywar told journalists that Ugandans have for a long time disrespected nature and it has now spoken with water levels in Lake Victoria rising.

She said it was high time Ugandans listened.
“We have experienced a lot of floods, the raising of the water levels of Lake Victoria and many others are signs that nature is speaking,” she said.
Stakeholders in the protection of the environment have equally responded and World Wide Fund for Nature (WWF), a conservation organization launched the “Voice for the Planet”, a global online action calling on world leaders to agree on a new deal for nature and people in 2020 to halt and reverse humanity’s impact on nature and protect planet earth.

In the recent past, Uganda like many other countries, has witnessed massive nature loss characterized by deforestation, degradation of wetlands, species extinction due to poaching and destruction of habitats, adverse effects of climate change such as flooding and prolonged dry spells, among others.
Now, the conservationists are suggesting two approaches to handle this.
“We must start by changing our behaviour and adopt life styles that are friendly to the environment for us to put our environment on a recovery path,”, stated WWF Uganda country director, Mr David Duli.
He suggested that behaviours such as riding bicycles as opposed to driving cars, acquiring water bottles to reduce plastic pollution and banning use of plastic bags also known as Kaveera.
The Minister of Lands and Bulungi Bwansi in Buganda Kingdom, Ms Mariam Nkalubo Mayanja Nasejje also registered worries at the rate at which nature is being destroyed. 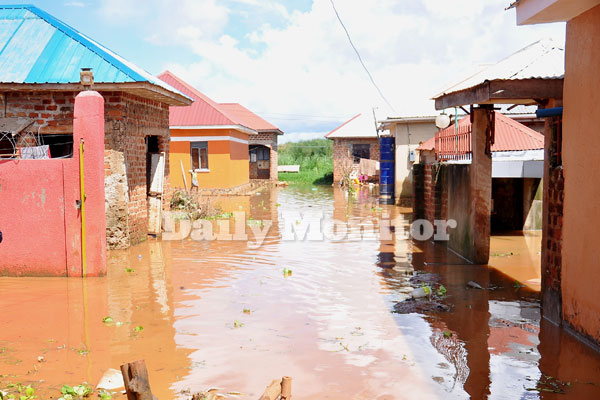 The wetland measures about 1,000 hectares, but almost a quarter of it has been encroached on by at least 5,000 people.

“River Nile alone carries 84,792 tons of plastic into the oceans. This places it among the 10 rivers around the world that carry more than 90 percent of the plastic waste that ends up in the oceans”, she said adding that the pollution in other lakes and rivers in Buganda and around the world is also high.
“This is attributed to the fact that we have destroyed wetlands and swamps which used to act as sponges or sieves to clean up the water before it ends in our water bottles. This trend must be reversed immediately”, she urged.
WWF is now suggesting that this continued unsustainable production and consumption of nature’s resources must be reduced by a half.
According to Ms Rita Kyategeka, a conservationist, this is possible “if we transition to sustainable practices of food production, agriculture, fishing, Forestry, infrastructure and Forestry.”

“This is the only way we can guarantee clean water and food for all Ugandans, stability of our climate, diversity of life to guarantee our tourism industry and a good quality of life for all Ugandans”, she suggested.
The ‘Voice for the Planet’ platform therefore allows people to add their name by signing a petition as well as pledge to make a lifestyle change. Political, business, religious and cultural leaders as well as individuals are invited to sign up and commit to tackling the loss of nature before the damage to the country is irreparable.