The less known NUP was formed in 2004 and initially called National Unity Reconciliation and Development Party (NURDP) under the stewardship of Mr Moses Nkonge Kibalama.
Mr Stephen Bonny Kasujja, the chairperson Masaka city DP chairperson said they took the decision to join NUP after realising that no one in DP top leadership was prepared to take over state power.

Mr Norbert Mao is the DP president general.
“We have been observing what has been going on within our party in the past six months and it is clear that there is no one ready to challenge President Museveni in the next election. So, since People Power movement is now legally absorbed in NUP, we have to follow them because it’s our only hope to capture state power,” Mr Kasujja said on Thursday during a press conference at his home in Ssaaza, a Masaka city suburb.

Details emerge on how Bobi struck deal for new party 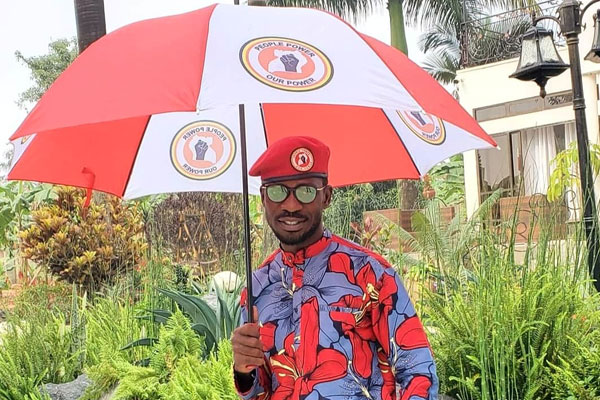 The press conference was attended by about 20 DP members including constituency and sub country party leaders.
Mr Kasujja who is also a member of Masaka DP Elder's Council revealed that all DP leaders in the area who believe in People Power ideology will now be flag bearers of NUP at all levels and any leader who goes contrary to their arrangement will be against the struggle to liberate Uganda.
Mr Mike Ssemaganda, the Lwengo District DP chairperson said their decision to join NUP reinforces the team that plans to block President Museveni from extending his rule to the fourth decade.

“We have decided to join NUP particularly to rally behind Mr Kyagulanyi because he represents all people who want change in this country,” he said.
After launching NUP on Wednesday, Mr Kyayulanyi said their next step is to formalize the People Power alliance. The People Power alliance, according to Mr Kyagulanyi shall be composed of different political formations which have been working with People Power Movement and those that willing to join them.
Ms Janat Kisekka, the vice chairman Masaka District congratulated members of People Power for finding a legal entity, NUP.
“As DP leaders, we have decided to back Mr Kyagulanyi because his support around the country and globe is enough to show that he will occupy State House after elections in 2021,”she said.

Mr Fred Mukasa Mbidde, the DP vice President and also Masaka District DP chairperson, said those who claim to have defected to NUP were already opposed to DP leadership.
“Save me my brother, I don’t want to comment on that now,” he said before hanging up.
Historically, Masaka is known to be DP’s stronghold due to the fact that one of its founders, Benedict Kiwanuka, is a son of the soil.

DP, the country’s oldest party has lived a fighting life, battling with both internal and external challenges. Perplexingly, most disagreements usually occur at a time when members are expected to be together to fight for a common cause.
Top party leaders had anticipated that through organising countrywide reunion meetings, members of the warring factions within the party would iron out their differences and forge unity ahead of 2021 general elections but this yet to be seen.