KAMPALA- President Museveni on Friday remained silent on Kasese killings amid mounting criticism of his role in the crisis which took a turn for the worse, with the raid

Amnesty International on Monday denounced as "shocking" weekend clashes between security forces and royal guards in Uganda which left 62 dead, saying many victims appeared to have been executed

Delivering a televised national address for the first time since the assault by security forces on November 27, on the Buhikira Palace, President Museveni, who has not made any public comments on the killings, did not directly mention the crisis that has engulfed the Rwenzori sub-region but rather warned that his government will “firmly deal” with Ugandans who abuse freedoms.

Mr Museveni, without mentioning names, warned that there are “groups” in Uganda that are abusing freedom, warning that the

Families check corpses to pick out their dead 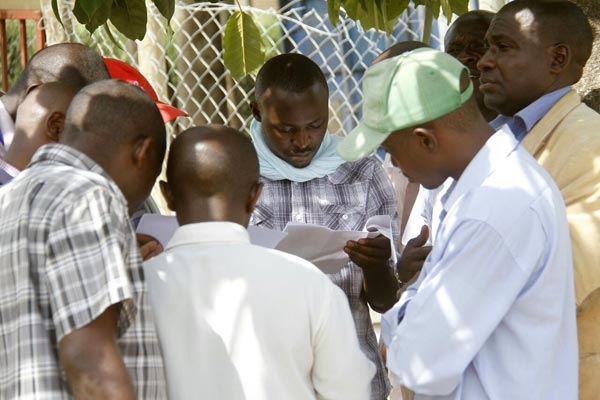 Ms Mbambu like hundreds of Rwenzori region residents anxious about whereabouts of their missing relatives, paced up to Kasese Municipal Health Centre

“NRM has brought unprecedented freedom. I am amazed that there are some groups that talk of lack of freedom because I have been here for a long time and I have also moved to other parts of the country. We do not allow people to disturb other people’s freedoms. When somebody tries to disturb other people’s freedom, we deal with it firmly. This freedom must be used carefully,” Mr Museveni said.

He, however, reportedly told a closed-door High Command meeting on Monday that the jailed Rwenzururu King rejected repeated calls to disband the royal guards, justifying the attack on his palace. The king, however, remains in detention on accusations of murder.

But a Parliament committee investigating the killings has heard that security agencies linked the royal guards to Power 10(P 10), a campaign structure of the Forum for Democratic Change (FDC), even as the Chief of Military Intelligence, Brig Charles Bakahamura, insisted he did not link P10 to the royal guards.

At the prayers, only First Lady Janet Museveni mentioned Kasese killings in passing, when she prayed for the “people of Kasese” while delivering the closing prayer at the annual National Thanksgiving service.

Pastors speak
Dr Joseph Serwadda, a top Pentecostal cleric, who delivered the sermon of the service and Pastor John Mulinde of World Trumpet Mission, who gave the prayer of the nation, both did not hint on the matter of the killings in the Rwenzori sub-region.

Mr Museveni also warned that he is considering changing his position on the laws governing gambling and alcohol, indicating that he has been told that Kenyans are shifting to Uganda to take advantage of more relaxed laws.

“Kenya is very strict. Bars do not open until a certain time. In Uganda, bars are open all the time. They (Kenyans) have told me they are having a problem of people shifting to Uganda to enjoy the freedom. That is reckless living. My view has always been influence by teaching and influence by example but given what Kenyans told me, I may have to change my mind,” Mr Museveni said.