Advertisement
By Franklin Draku
More by this Author

The Minister for Relief, Disaster Preparedness and Refugees, Mr Hilary Onek, has said the United Nations must buy food from Ugandan farmers to feed refugees or relocate them to countries supplying  it.

Mr Onek, who is no stranger to such demands, on Tuesday argued that claims that local produce lacks quality is an excuse to ring-fence lucrative food supply for foreigners.

“We are going to discuss this matter in Cabinet and we are [not] going to allow procurement of food outside the country by the World Food Programme (WFP), let the money remain here,” he said during a press conference at the Uganda Media Centre in Kampala.

The minister was responding to remarks by Ms Rosa Malango, the United Nations Resident coordinator, that WFP was unable to purchase food locally because of “poor quality” of Uganda’s foodstuffs.

“One of the issues to tackle, honourable minister, is the issue of quality of post-harvest handling. This is the only reason why despite investing for several years, we have not been able to purchase locally [produced food] in Uganda,” Ms Malango said.

However, in response, Mr Onek said: “I don’t agree that our farmers toil and suffer to get market for their produce, and then you are telling me the quality. Which quality has failed? All of you (UN officials) are eating Ugandan food you buy from the market here. Why are you thinking of quality now? I don’t agree with that because that is a way of protecting [food market for] the foreign [people] in America and other places. You want money to remain there. We also want market for our food and we are very strong on that.”

He added: “All these Ugandans here, including me, are eating our food and they haven’t died. These people (refugees) are coming to our country; do we have to import food to keep them here while we have our own food? If they don’t want to eat our food, let them go where the other food is [coming from].” 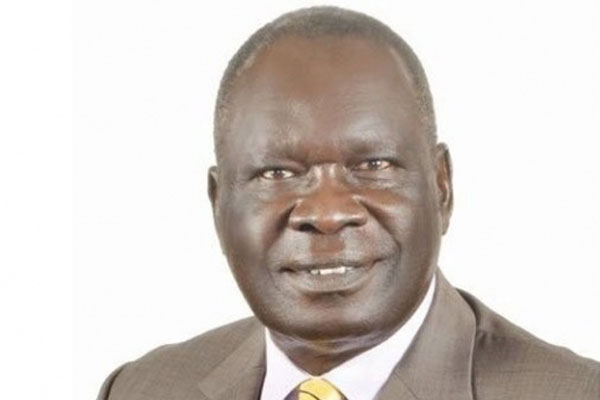 The refugee agency is getting $2.5m (Shs9b) while WFP will receive $1m (Shs3.7b).
It is unclear how much money the WFP spends annually to procure food to feed the more than a million refugees in Uganda.

Speaking at the press conference, Ms Malango, in respect to the donation, said: “I would like to applaud the government and people of Japan for this valuable contribution to the global efforts in the fight against the Covid-19 pandemic as well as to the advancement of the human security in Uganda.”

The donation was announced by the country’s Ambassador to Uganda, Mr Fukuzawa Hidemoto.
Mr Onek lauded the government of Japan for its tireless efforts and support to Uganda, saying the country will always remain a true partner to Uganda.

“I am here to emphasise to the world about Uganda’s generosity despite the scarcity of resources and to reiterate Uganda’s open-door [refugee] policy. Uganda holds a special place on the world stage when it comes to refugees,” he said.

Ambassador Fukuzawa said their donation is to support refugees and host communities as well as border security, with a strong focus on mitigating Covid-19 impacts over a year from April.

“Japan recognises that the humanitarian situation in refugee-hosting areas is devastating, especially under the spread of the Covid-19. Therefore, the 2021’s contribution has been made with a specific focus on mitigating the impacts of the Covid-19 to the vulnerable population, including refugees, host community members, women and children in Uganda,” he said.

What UN agencies got from japan govt

Court ruled that the complainants just want to attract the attention of the public and also to justify their existence as bodies concerned with...

Family of 10 killed in Israeli strike on Gaza