A teacher who has been on the run for the last seven months following the death of a 13-year-old pupil he allegedly beat up has been arrested.

He has been on the run since December last year after.

“We are working on arraigning before court Peter Mubaala, a former teacher of Kings primary school Kaboowa. He beat up a student Atiel Beny who unfortunately passed on. He is has been on the run since December last year and was arrested last night by a team from SHACU (State House Anti-Corruption Unit). Court will be in Makindye,” the statement reads. 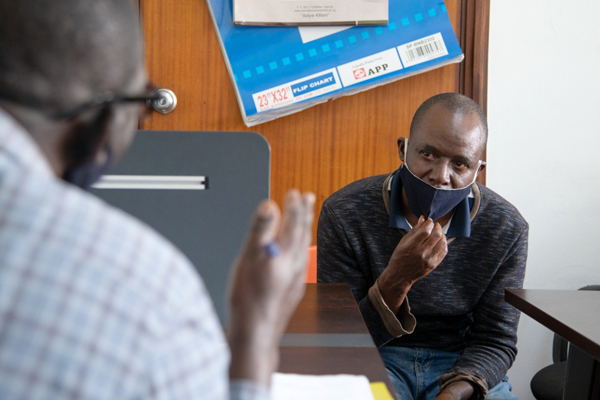 It is alleged that on December 9, Bol collapsed and died after she was beaten by her science teacher, Mubaala for failing a test.

A call to protect our children.

We intervened in the torture of Winnie Muteesi,8yrs, & ensured treatment.Torturer was arraigned in Court & remanded.

“For a pupil to be beaten in class alone is a crime because corporal punishments were outlawed in schools. But even when she was pronounced dead at the clinic, the school did not report the incident that happened at 10am. They took the body to Mulago morgue six hours later. We are asking why and where were you all along?” Col Nakalema asked then before ordering the arrest of four administrators of the school to help in investigations. At the time, Mubbala was reported to be on the run after the incident.

Incident
Detectives attached to the State House Unit revealed that on December 9, Beny Bol and her classmates were given a science test, which some pupils failed, prompting the teacher to punish those who failed by caning them.

It is alleged that upon receiving the stroke, Beny Bol returned to her seat and collapsed shortly afterwards. The school rushed her to a nearby clinic where she was pronounced dead on arrival.

Mr Museveni also called for international support in addressing the challenges of refugees in Uganda which he said hosts 1.4 million refugees...

Kenya export earnings from Uganda up 57% on tax deal

Why Shs700b agriculture park project in Luweero has stalled

Turn the page on Covid-19? Not so fast, say experts