Advertisement
By Sam Caleb Opio
More by this Author

A 60-year-old traffic officer has died after a sugarcane truck he signaled to stop at a checkpoint ran over him.

The victim and other officers were manning a checkpoint at Nankulyaku zone along Kamuli-Bukungu road when he was knocked dead.

“PC Dhediye signaled the truck to stop but the driver snubbed. He and another armed officer gave a chase on a motorcycle and overtook the truck. They stopped ahead of it in attempt to block the driver but he instead ran over him,” Mr Kasadha said.

An eyewitness said Dhediye was knocked after the armed officer he was carrying on the passenger seat jumped off the bike as the truck approached them.

Dhediye was first rushed to Kamuli General Hospital but died on the way to Jinja regional referral hospital as he was being evacuated for better medical attention.

Police are hunting for the driver who is said to be on the run. 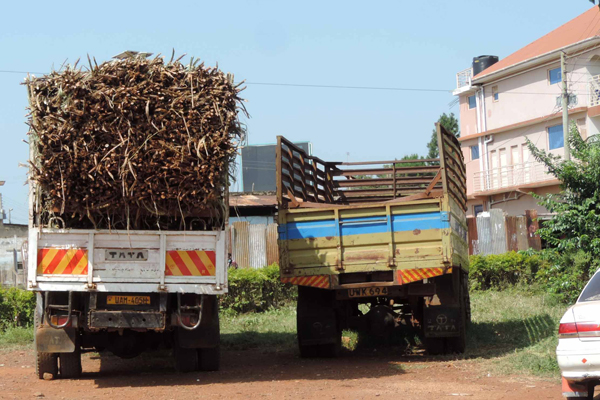 Kasadha attributed the fatal accident to human error although most of the officers who spoke to this reporter on conditions of anonymity attributed it to operational weakness.

The truck was impounded and taken to Kamuli CPS as investigations continue.

Dhediye’s body will be transported to Buliisa District for burial.

There were also reports of poor facilitation, with some learners alleging that their training had been prolonged for more than a year

Collapsed Makindye building that killed 13 was constructed by bricklayer

This revelation is contained in a National Building Review Board (NBRB) investigation report that the board conducted last year following the...

Pallisa Hospital gets facelift after decades