The Supreme Court has given strict timeline for handling the petition in which National Unity Platform (NUP) presidential candidate, Robert Kyagulanyi is challenging the victory of Mr Yoweri  Museveni following the January 14 presidential poll.

Chief justice Alfonse Owiny-Dollo on Thursday directed Mr Kyagulanyi’s lawyers led by Medard Sseggona to file all their affidavits (evidence) by February 14, 2021 14, and serve the respondents’ lawyers who are expected to respond by Saturday, February 20.

The chief justice who is leading eight other judges to hear the petition said Mr Kyagulanyi will have up to February 23 to file a rejoinder.

"On February 24, we will continue with the pre-hearing. You will have time to discuss all the affidavit evidence and present to court on February 24 a joint scheduling memo," he said. 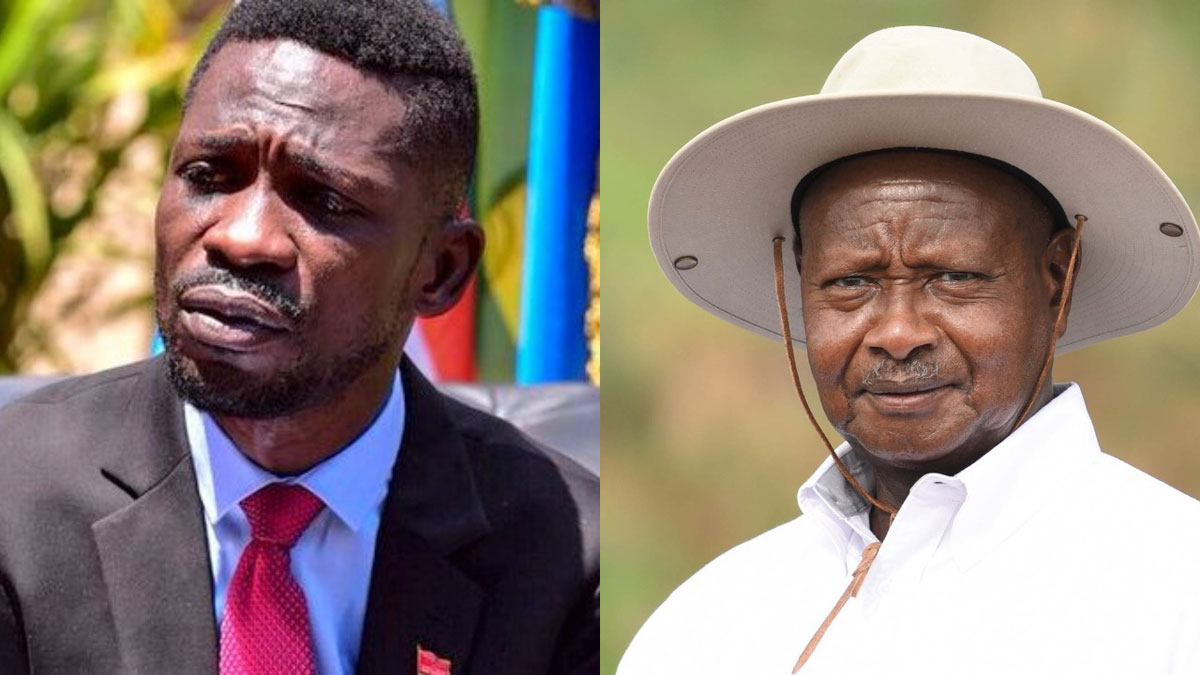 Under the court directions, Mr Kyagulanyi was tasked to use the time to get all the necessary documents that he intends to present in evidence before court convenes.

"From now I don't want learned counsels to look at one another as opponents. They only believe their client has a case. In whatever we do let's do it with responsibility. We all love Uganda and it's the duty of Ugandans to strengthen the Courts of Justice. There's no other alternative"~ Justice Owiny-Dollo said after Mr Sseggona told court that the Attorney General, Mr William Byaruhanga (3rd respondent) had discriminated against them (applicant's lawyers).

The CJ also advised lawyers involved in the petition to mind about time because the Supreme Court is expected to deliver its judgment on March 18, 2021. 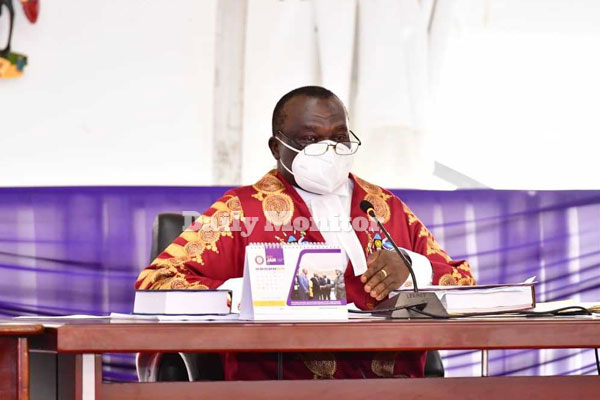 The Chief Justice also warned parties to case including lawyers and media to avoid breach of the sub judice rule by divulging in merits of the case on social media platforms.

“Let court do its work. You believe in justice and that's why you came to the Courts of law. If you choose to go to social media let's give facts; not disparaging," he said. 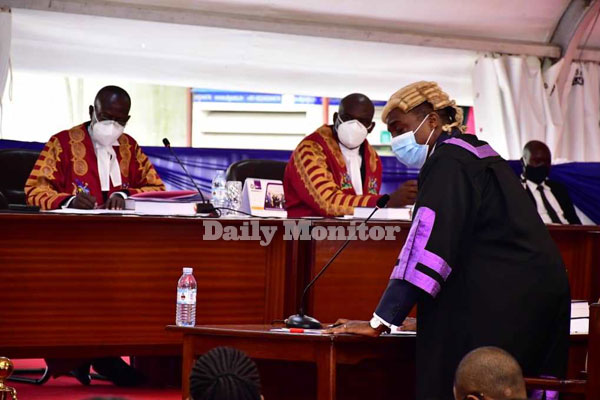 The Attorney General William Byaruhanga (right) making his submissions in court on February 11, 2021

Mr Kyagulanyi, the runner-up in the January 14 presidential election, petitioned court seeking to nulfy Mr Museveni’s victory following what he described as a sham election.

Mr Museveni, a 76-year-old former rebel leader who has ruled since 1986, won a sixth term in office with 58.6 percent of the vote. Mr Kyagulanyi, a 38-year-old singer-turned-MP, came a distant second with 34.8 percent and slammed the vote as a sham.

Under the constitution Mr Kyagulanyi, popularly known Bobi Wine, had 15 days from the declaration of results by the electoral commission to challenge the outcome.

The Supreme Court must now rule on the petition within 45 days from the time of declaration of results.

Losing candidates have sought unsuccessfully in the past to overturn Mr Museveni's wins in court. The veteran leader has won every election since 1996, almost all marred by allegations of irregularities.

Bobi Wine says he has extensive evidence of vote rigging, including ballot box stuffing, voter intimidation and the manipulation of results at individual polling stations.

The run-up to the vote was marred by the worst pre-election bloodshed in years, and a sustained crackdown by government critics and Museveni's rivals.

The speaker of the Senate slammed the move as unconstitutional, and the resolution was not put before the upper house, which would normally be...

Police sit on graft case against two of their own

How next year's Shs41t Budget will be shared