Former Kampala Woman MP Candidate Dr Stella Nyanzi has said her recent loss to join Parliament will not stop her zeal to fight against the atrocities of the ruling National Resistance Movement (NRM) government which has been in power for the last 35 years.

The Forum for Democratic Change (FDC) candidate who came third in the Jnauary 14, 2021 parliamentary elections won by National Unity Platform (NUP) candidate Shamim Malende recently told Uganda Radio Network (URN) that even though she lost, she will still call for accountability, fight against corruption and oppression of minorities. 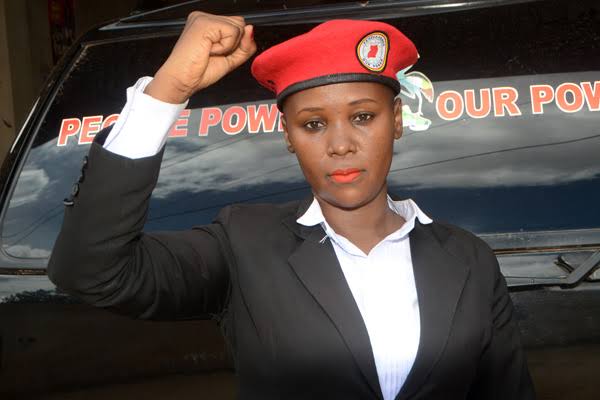 Dr Nyanzi, an outspoken feminist says the contest was a great experience of learning and growing. However, the loss will give her time to concentrate on her children, family and commit more time to her hobbies like gardening and baking.
With 60,564 votes, Dr Nyanzi trailed in third position against Malende who polled 312,104 votes. In the second position was the NRM candidate Faridah Nambi who garnered 93,867 votes.

“I have sat, again, at the drawing table with my children. We have assessed our achievements and measured them against our losses. We have done our SWOT analysis. We have re-strategised. A family that plans together stays together. Nobody teaches anyone how to recover after losing in the elections. And because I plunged into the elections campaign with my children, I needed to find strategies of helping them cope with the loss of the election. My loss was their loss, too,” Dr Nyanzi said in a statement on her Facebook page on Tuesday.

“After some serious soul-searching and open discussion, we are in a much better place. We are truly on the road to recovery. It may take us a while, but we are definitely stronger together. Losing the election brought me closer to my children’s strengths,” she adds.

Nyanzi was a research fellow at the Makerere University Institute for Social Research but was suspended after a disagreement over her roles at the institution.
She was later charged with cyber harassment and offensive communication before she was sentenced to 18 months following a provocative poem she posted on her Facebook page on September 16, 2018, the day after the president’s 74th birthday.

However, High Court Judge Henry Peter Adonyo overturned the conviction in February last year, stating that the magistrates court had lacked the jurisdiction to try Nyanzi and that she had not been given a fair hearing.
Nyanzi, a mother of three was early last year awarded the Oxfam Novib/PEN International award for freedom of expression.

Whereas the CAA Board had blocked execution of the project, saying it was not a priority, the management went ahead to execute it