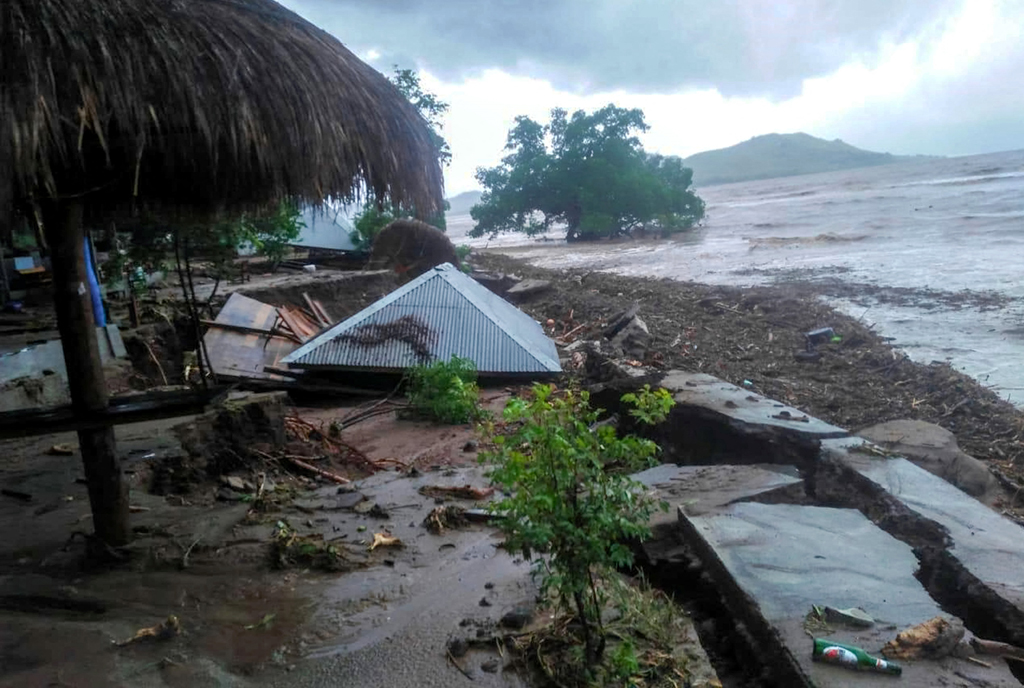 This handout photo taken on April 5, 2021 and released by Indonesian National Board for Disaster Management (BNPB) shows the aftermath of a flash flood in Lembata, East Flores

"There are 55 dead, but this number is very dynamic and will definitely change, while some 42 people are still missing," Indonesia disaster management agency spokesman Raditya Jati told broadcaster MetroTV.
At least 21 people had also died in East Timor, said an official in the tiny half-island nation that lies between Indonesia and Australia.

Many of the deaths were in Timor's inundated capital Dili.
Mud covered homes, bridges and roads in Indonesia's East Flores municipality, where rescuers struggled to reach a remote and badly-hit area because of rains and strong waves.
"The mud and the extreme weather have become a serious challenge and the debris piling up has hampered the search and rescue team," Jati said. 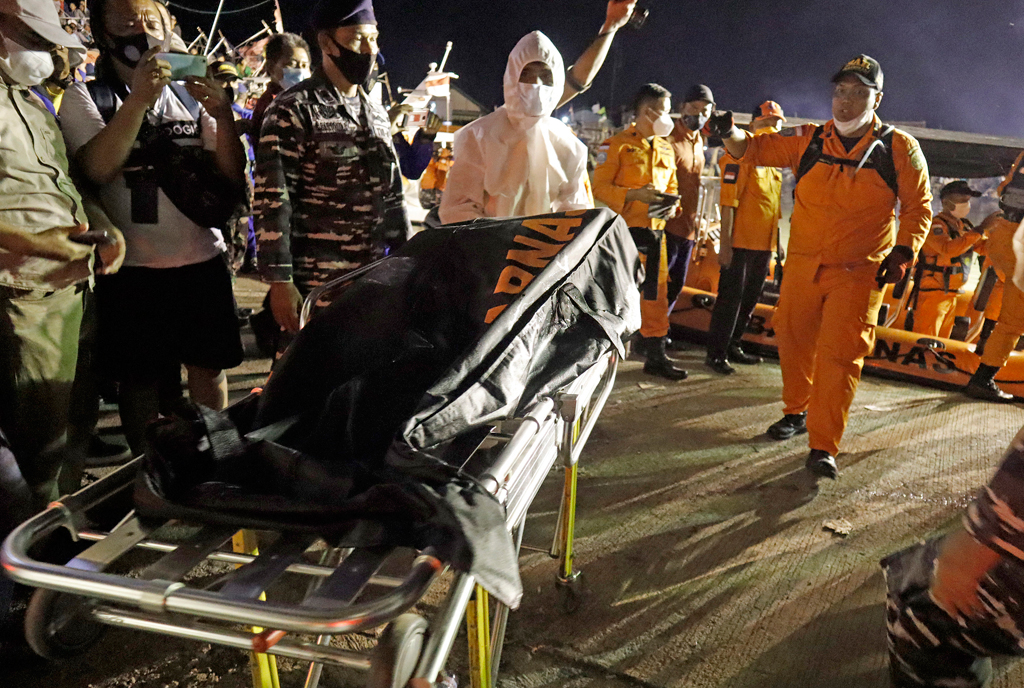 Rescuers recover two bodies in their search for 17 fishermen who went missing after two boats collided the night before in waters off Indramayu, West Java province on April 4, 2021.

'Medicine, food, blankets'
Scared residents flocked to temporary shelters across the remote region or took refuge in what was left of their homes.
"The evacuees are spread out. There are hundreds in each sub district but many others are staying at home," said Alfons Hada Bethan, head of the East Flores disaster agency.
"They need medicine, food, blankets."
Pounding rains challenged efforts to find any survivors.
"We suspect many people are buried but it's not clear how many are missing," Bethan said.

This general view shows debris left behind in the town of Adonara in East Flores on April 4, 2021, after flash floods and landslides swept eastern Indonesia and neighbouring East Timor

In Lembata, an island halfway between Flores and Timor, parts of some villages were swept down a mountainside by torrents of mud, ending up down on the shore of the ocean.
Earlier, road access had been cut off and local officials were forced to deploy heavy equipment to reopen the roads. 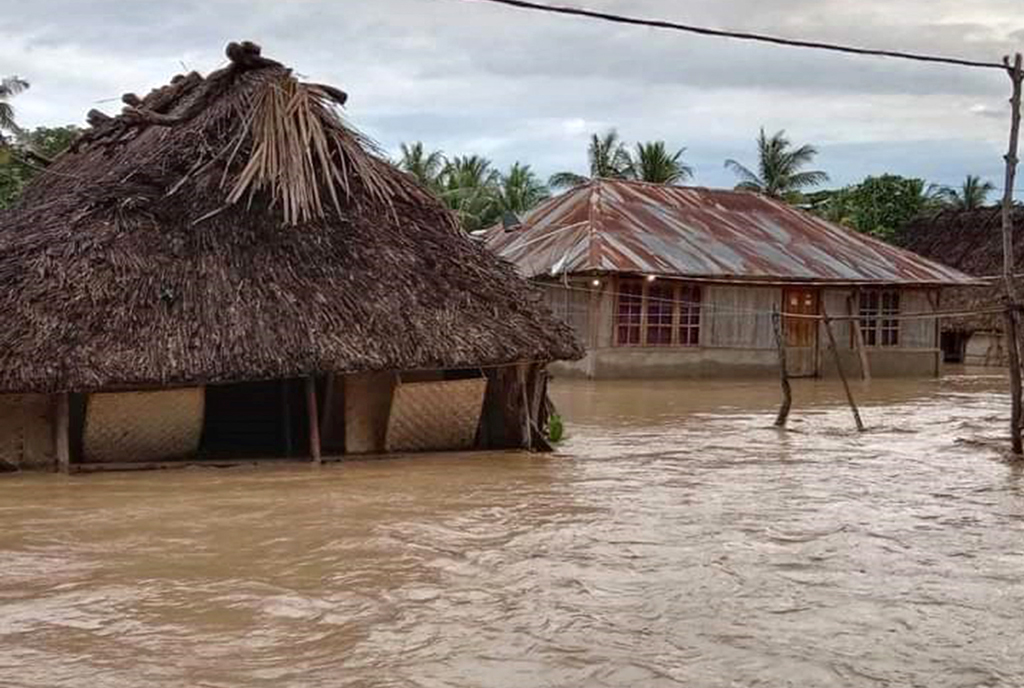 This general view shows homes surrounded by floodwaters in the village of Haitimuk in East Flores on April 4, 2021, after flash floods and landslides swept eastern Indonesia and neighbouring East Timor.

Images from Lembata showed barefoot locals wading through mud and past collapsed houses to evacuate victims on makeshift stretchers.

Fatal landslides and flash floods are common across the Southeast Asian archipelago during the rainy season.
January saw flash floods hit the Indonesian town of Sumedang in West Java, killing 40 people.
And last September, at least 11 people were killed in landslides on Borneo.
The country's disaster agency has estimated that 125 million Indonesians - nearly half of the country's population - live in areas at risk of landslides.
The disasters are often caused by deforestation, according to environmentalists.