As they enjoyed the ride to Kasese District for a Geography tour in August 2019, Allan Kalule did not know this would be his last happy moment with his colleagues. His parents are yet to establish how exactly their son’s life came to an end

At around 10.30am on the morning of August 8, 2019, Betty Namulondo Kalule was engrossed in her household chores when a call came through.
“Are you Allan Kalule’s mother?” the caller asked.
“Yes, I am,” she said.
No sooner had she answered than the line went dead. She tried to call back, but the number was unavailable.

Her son, Allan Kalule, was a student in Our Lady of Africa Secondary School in Mukono District. His father, Charles Kalule, a metal fabricator based in Jinja Town, had a week earlier sent the 18-year-old Shs200,000 to enable him join other students who were going for a study tour in Kasese District. The money had been sent through the school’s director of studies (DOS), Richard Wasajja. Namulondo placed a call to the DOS.

“I have just received a strange call from someone who did not identify himself. Are my children alright?” she asked.
“Yes! They are alright. I am here with the younger one,” Wasajja told her.
The Kalules had two sons at the school. The younger boy, Arnold, was a student in Senior Two.
Wasajja was in the company of Arnold at the time Namulondo’s call came through.

Arnold had been summoned from class and informed of his elder brother’s demise. Footage from the hotel’s closed circuit televisions (CCTV) cameras showed that Duncan Muhumuza, the teacher in charge of organising the trip, was one of the very first people to arrive at the Springs Hotel swimming pool when Allan’s lifeless body was first discovered.

Muhumuza was captured talking animatedly on the phone. One of the conversations he had was with Wasajja. Why then did Wasajja lie to Namulondo that her children were alright when she called him? Was he speaking as a Christian who believed those who die go to a better place? Or was he buying time to enable the school come up with some kind of narrative to explain Allan’s death? That we might never know.
Three hours later, Wasajja and the school head teacher, Paul Kasumba, arrived at the Kalule family home in Mbikko Division, Njeru Town Council in Buikwe District to inform the family of their son’s death.

The senior Kalule was hard at work when a call came in from his wife’s number, but instead it was his sister, Annet Nakabuye, on the other side of the line.
“Please come home urgently. There are some people here from Allan’s school,” she said, the urgency unmistakable.
He rushed home to the news of his son’s death.
Death in a swimming pool
Allan’s death officially brought to three the number of school-going children recorded to have met their end in swimming pools in 2019. 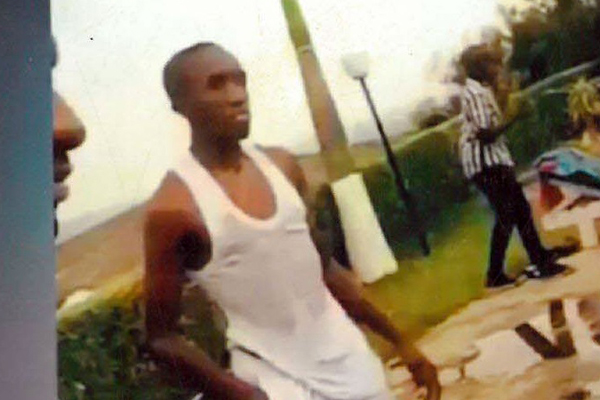 Allan at the sides of the hotel swimming pool as captured by the hotel’s CCTV.

First was the drowning in February of John Bol Garang at Boma Hotel in Gulu City, and then Emmanuel Nuwamanya in May in a pond near their school in Ntungamo District.
Prior to both cases, three-year-old Sunshine Michelle Baraza had drowned in a swimming pool at Acorns International in 2012.

Vincent Twesigye, who was at the time the Rwenzori East police spokesperson, said Allan’s body was discovered early in the morning on August 8, 2019.
“It appears the student did not know how to swim or got a problem and they realised he was missing when they made a rollcall in the morning,” Mr Twesigye said.
A report from a post-mortem carried out at Kasese Municipal Health Centre III indicated that Allan suffered “instant death resulting from aspiration”.

Unanswered questions
The deceased was part of a contingent of 257 student. If footage from the hotel’s CCTV cameras, which Saturday Monitor has seen, is anything to go by, at no point in time were there less than 40 students in the killer swimming pool.
Is it possible that Allan could have drowned in such a crowded pool without attracting the attention of his fellow students?

A November 27, 2020 letter that the senior assistant Director of Public Prosecutions (DPP), William Byansi, wrote to the director of the police’s Criminal Investigations and Intelligence Department (CIID), partially captures the Kalule family’s dilemma.
“The cause of the deceased’s drowning remains unknown. The footage shows he well knew how to swim... It is also disturbing that none of his fellow students with whom he was in the pool seems to have noticed how and at what moment he drowned,” Byansi wrote.

Shaban Lwanga, who has formally worked as a lifeguard at the Jinja Club and is a trained boat operator, who worked with Utracon Corporation, the main sub-contractor for construction of pile-cap, pylon, superstructure and bridge accessories during the construction of the Source of the Nile Bridge, argues that it is possible for one to drown and not be noticed.
“Of course a person will shout and cough in the process of drowning, but that might not be noticed if the place is noisy,” Lwanga says.

Post-mortem
The family was, however, never convinced by the conclusions of the post-mortem and the search for answers continues months after Allan’s death.
“A person who is drowning puts up a fight, but Allan’s arms were relaxed. There was no sign of any sort of struggle whatsoever. Besides, a person who drowns takes in water, but Allan’s body did not have any water in it,” Nakabuye argues.

Lwanga concurs with Nakabuye.
“A stomach of a person who has drowned swells because the person takes in water as he or she drowns. Even if the body stays in the water for a few hours, the body has to have water in it,” Lwanga explains.
The state of Allan’s body at the time of his interment on August 10, 2019, also casts serious doubts about the “official cause of death”.
His body was not swollen and it had not started emitting a foul smell as would have been expected of a person whose death was attributed to drowning.

Kalule was also told that his son had drowned at the deep end of the swimming pool, but that too has not convinced him.
“Allan was six feet and four inches tall. We measured the deep end of the pool and we found that it was only eight feet and two inches. How could a person that tall have drowned there without anyone noticing in a swimming pool full of people?” Kalule wonders.

Negligence?
Shortly after Allan’s death, the State Minister for Primary Education, Ms Rosemary Seninde, blamed most of the accidents that resulted into students’ deaths in swimming pools on negligence on the part of the schools.
The Kalules agree with her. They insist their son’s death could only have been due to either foul play or professional negligence, or even both.

But the school director, Vincent Matovu, declined to discuss the matter, referring it to the chairperson of the school’s Board of Directors, Moses Ssenyonjo. Ssenyonjo argues that Seninde’s conclusions does not apply to his school. He argues that the police’s investigations had absolved the school. 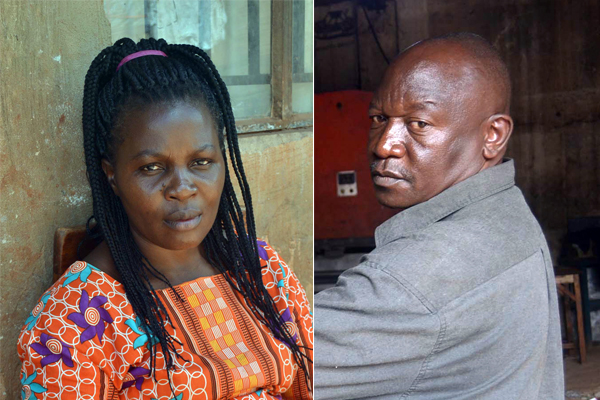 “The police is more technical. The police in Kasese and in Kampala got involved (in the investigations) and their findings were what we can base on to make comments,” Mr Ssenyonjo said.

DPP’s take
The police had in the immediate aftermath of the death arrested the pool attendant, Gerald Baluku, for questioning but the family is not satisfied with the way the police went about the investigations.
The school’s entourage left Kasese shortly after Allan’s body was discovered. There was no attempt by the police to question or record statements from them.

It was not until August 13, 2019 when Allan’s father petitioned the office of the Inspector General of Police (IGP), accusing the police of “having no interest at all in investigating” his son’s death that the Force swung into action, but that too was lethargic. It was not until August 26 that the Rwenzori East regional CIID officer Daniel Mugisa wrote summoning 11 teachers and 10 students for questioning.

Dissatisfied with the pace at which the investigation was moving, the Kalules lodged another complaint, which saw the case file moved from Kasese to the CIID headquarters in Kampala, but the investigations still did not assume a measure of urgency.

For example, whereas a request for the hotel to avail the police with CCTV footage of the events of August 7 and 8 was filed in September 2019, it was not until February 2020 that investigators obtained that footage.
As a result, Byansi advised in his November 27, 2020 letter against bringing charges against two teachers, Stanley Muyanja and Muhumuza, who has earlier been questioned in relation to the death.

“…The facts on record have not sufficiently established any ingredients of criminal offence against any specific individuals. The investigations may not have totally eliminated all the possible suspicions or all the conspiracy theories…but suspicion, however strong it may be, cannot form a basis of a successful prosecution,” Byansi wrote.

Byansi’s letter has effectively put rest to prospects of any prosecutions, but the family does not think so.
“We are fighting to be heard. We need answers,” Ms Nakabuye says.
From the foregoing, it is clear that the search for answers and justice is still on.