Despite Africa’s conflict-related deaths rising from 2,200 in 2010 to an average of 14,000 per year since 2014, economic experts say a peaceful continent would enhance trade and sustained long-term investment.

The African Continental Free Trade Area (AfCFTA), which came into effect in January, could be a game changer in helping to lift the continent out of poverty and onto the path of long-term prosperity. The AfCFTA has the potential to accelerate and alter the composition of foreign direct investment in Africa, thereby diversifying the continent’s sources of growth and boosting its internal and external trade. And merging Africa’s relatively small markets hence enabling investors to capitalise on greater economies of scale.

But Africa risks squandering this huge opportunity unless its leaders can address the continent’s unwelcome reputation as one of the world’s most conflict-prone regions. According to the World Bank, nine African countries suffer from high institutional and social fragility; 12 are engaged in medium or high-intensity conflicts. Unsurprisingly, the number of conflict-related deaths in the region has surged from 2,200 in 2010 to an average of 14,000 per year since 2014. Transnational terrorist networks have recently intensified the problem.
Besides causing untimely deaths and suffering, and destroying infrastructure, conflicts impede economic activity and undermine formal and informal cross-border trade. Informal trade between Mali and Algeria, for example, has fallen by more than 64 per cent since 2011, largely owing to the conflict in northern Mali and the closure of the two countries’ border.

The negative impact of wars on trade can be long-lasting. Globally, violent conflict is estimated to cause a 26 per cent reduction in exports in the year that hostilities begin, rising to 35 per cent five years later and 58 per cent after a decade. Across Africa, where the median duration of conflict is about four years, the negative spillovers of wars on trade could persist in the medium and long term. 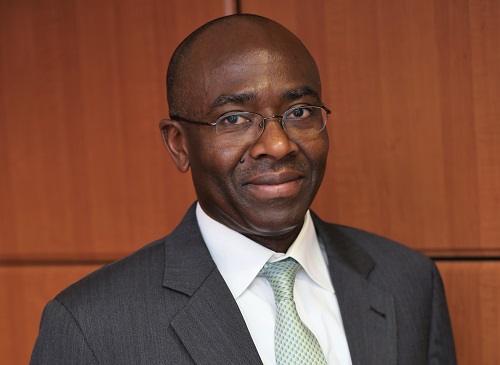 High-intensity conflicts also hinder trade and economic integration indirectly by triggering a sharp rise in military expenditures. African military spending grew by 17 per cent over the last decade, to $41.2 billion (Shs150.8 trillion) in 2019, according to the Stockholm International Peace Research Institute. In a region where large government financing gaps already inhibit investment in productivity-enhancing infrastructure, this diversion of scarce resources can have a significant adverse long-term impact on economic development, because it undermines the diversification of sources of growth needed to alleviate supply-side constraints and to align domestic production and demand.

In recent years, especially in the Sahel, governments have shifted their resource allocation markedly from development to security. While that swing can be explained by the frequency of high-intensity conflict, sluggish development can itself stir up grievances that undermine security. The subordination of development goals to short-term security considerations also fuels corruption, which in turn drives horizontal inequality and intensifies resentment, creating conditions in which conflict and deprivation lock countries into a downward spiral of intergenerational poverty.

Most would attribute China’s four decades of rapid growth and poverty reduction primarily to successful economic reforms, but these achievements can also be viewed as the dividends of a peaceful and secure domestic environment. Likewise, Ethiopia’s strong economic growth since the mid-2000s has shown that mutually reinforcing defence and development objectives in Africa can attract both domestic and foreign private capital, helping to overcome the supply-side constraints that currently dog many of the region’s economies.

One great benefit of a more peaceful Africa would be increased continental trade, which currently accounts for only 15 per cent of the region’s total trade and is dominated by scarce manufactured goods, owing to most countries’ continuing dependence on commodity exports. In addition, sustained long-term investment will accelerate the diversification of sources of growth and trade to mitigate the risk of recurrent balance-of-payments crises associated with commodity-price cycles.

The AfCFTA’s success in deepening African economic integration thus hinges on creating the right conditions for long-term security. Only lasting peace will guarantee lasting prosperity. If policymakers can complement economic and democratic governance reforms with similar improvements to the judicial system and security sector, emphasising accountability and the protection of citizens, then the dividends in terms of conflict prevention will be even higher.

Encouragingly, a growing number of African countries are settling their political differences through diplomacy and the rule of law, not the barrel of a gun. Some judiciaries have been greatly empowered and are increasingly exercising their independence. One noteworthy example was the decision by Malawi’s Constitutional Court to annul the result of the country’s 2019 presidential election in light of substantial poll irregularities; the rerun in June 2020 resulted in a victory for the Opposition candidate.

Governance reforms are also likely to have positive spillover effects for Africa’s institutional stability and regional integration. Although integration is, at its core, a political project, its success is contingent on policymakers recognising that the process is too important to be politicised. Greater institutional stability and predictability will curtail the risk of disruption to and discontinuity in regional integration during political transitions.
“There will be no development without security and no security without development,” the late, great former United Nations Secretary-General and Nobel Peace Prize winner Kofi Annan once said. “And both development and security also depend on respect for human rights and the rule of law.”

Rebalancing Africa’s security and development objectives is a daunting task. But it is one the region’s leaders must seize with both hands in order to realize the AfCFTA’s enormous potential.
Hippolyte Fofack is chief economist of the African Export-Import Bank (Afreximbank).