Advertisement
By EMMANUEL AINEBYOONA
More by this Author

At first, the Covid-19 virus seemed so distant, but kept inching closer to us, until the first case was confirmed in Uganda on March 21, 2020.

It is now over a year since a 36-year-old Ugandan male returning from United Arab Emirates became the first Covid-19 patient.

It seemed like the virus was never going to reach here,  much as it was spreading faster to the rest of the world from Wuhan City in China.
On  a Saturday evening, just after President Museveni had addressed the nation and introduced a raft of preventive measures, I received a call from the Minister of Health, Dr Jane Ruth Aceng, requesting me to call an emergency press conference at about 11pm.

The conference was mainly to break the news of a laboratory confirmation of Covid-19 coming out of the Entebbe-based Uganda Virus Research Institute.
The briefing that ended a few minutes into midnight became the genesis of a battle against the Covid-19 pandemic that still rages on to-date.

However, the days in the build-up to the first case were tough as the Ministry of Health implemented its preparedness plan which included a number of preventive measures.

Prior to the index case, the earlier preventive measures included screening at Entebbe International Airport and institutional quarantine for foreign nationals and Ugandans returning from countries which had high  Covid-19 risk profile.

On March 18, 2020, in the early hours of the day, mobile phones were frantically ringing, tempers flaring and stress levels high as the first group of travellers arrived from the United States of America, United Kingdom, the Netherlands, among others, all Coivid-19 high-risk countries.

This was the pioneer group that would ‘inaugurate’ institutional quarantine, a measure that the Ministry of Health instituted to prevent the importation of Covid-19 into the country.

I recall one evening following an outcry from travellers protesting mandatory institutional quarantine for 14 days , the Ministry of Health set out from Kampala to Entebbe to calm calm the situation.

In a very stormy meeting characterised by emotions, the returnees narrated their ordeals, with some students narrating how they had been ordered to vacate their universities without prior notice. Indeed, the mood was sombre, even chaotic.

After all parties had composed themselves, the Health ministry Permanent Secretary, Dr Diana Atwine, took to the floor characterised by her calm composure and motherly approach.
She explained why the Ministry of Health had taken some of the Covid-19 measures that were rather not comfortable. 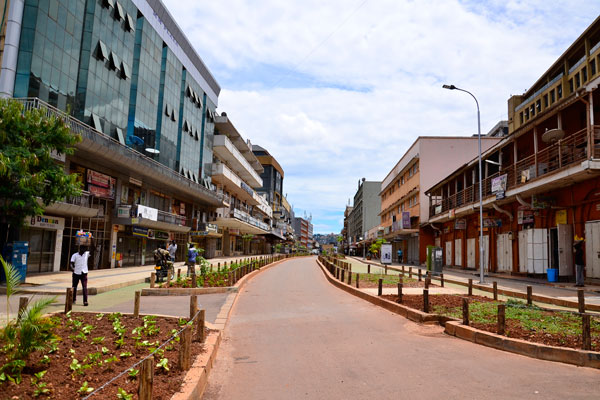 It was here that we meet face-to-face with some of the media friends like the Observer cartoonist, Dr Jimmy Spire Ssentongo, who kept very silent during the entire meeting.

However, his silence contrasted with his loud complaint on social media after his transfer to Arch Apartments, another quarantine facility that was more pocket-friendly.

Having successfully calmed the Central Inn residents in Entebbe, the exhausted and hungry Health ministry team calmly walked to their cars but relieved that the situation was now under control.

That day, I recall reaching home in Kampala at around 2am having left Entebbe at around 1am, something that meant that the working hours were now becoming abnormal.

This signalled a beginning of sleepless nights, late night press conferences and odd hour calls of patients seeking ambulance evacuations to hospitals. I   could hardly catch some sleep.

This new normal continued through the lockdown as I and my colleague, Ms Abirahmi Kananathan,  had to stay awake into the dead of the night waiting for laboratory test results to update the nation about newly-diagnosed Covid-19 cases.
This was coupled with an avalanche of invites for media talk-shows.

Many families  had resigned to watching television for information following the Ministry of Health campaign of “Stay Home, Stay Safe”.
Being a frontline worker
To many of the frontline workers like me, family time was now a luxury   since we were almost working for seven days a week and retiring home at late hours.

This was followed by several field visits to the border points which then were hotspots of  Covid-19.
We had to make a number of trips to engage local leaders in a number of districts  such as  Kyotera, Busia, Tororo and Amuru where most Covid-19 cases were being registered.

The reality of the pandemic hit me further when I was diagnosed with the disease in October last year.  I had to isolate for  about 10 days at Mulago National Specialised  Hospital  and another 10 days under self -isolation at home.

Like many other former patients, I experienced stigma since many people who knew I contracted Covid-19 were not comfortable near me.
However, this was short-lived as people eventually picked interest in knowing my experience battling Covid-19.

Indeed, I volunteered to be part of the ‘Covid-19 is real and It Kills’ campaign that was aired on severe broadcast media to raise awareness about severity of the pandemic.

It was also part of my desire to fight stigma against former Covid-19 patients.
I am glad that Uganda has been recognised globally for its better response to the Covid-19 pandemic.

However, this is largely due to Uganda’s health workforce that has sacrificed all their time to fight the virus, following scientific evidence, working closely with the development partners such as World Health Organisation (WHO), the leadership by the Cabinet that is  chaired by the President and the compliance and support by the general population.

With the arrival of the vaccine, the people should not drop the guard in following the Ministry of Health preventive guidelines that includes hand washing, proper wearing of facemasks and ensuring a physical distance of about two metres.

This will be instrumental in stopping the expected upsurge like we have seen in several countries that have been forced into fresh nationwide lockdowns.