After failing to secure audience with Gen Caleb Akandwanaho, aka Salim Saleh, earlier in March over a stimulus support in the post Covid-19 pandemic lockdown, a section of musicians late last month met President Museveni’s brother, who is also the coordinator of Operation Wealth Creation (OWC).
A letter circulated widely on social media last week detailing names of musicians and amounts of money they sought as a financial bailout. But in a statement last Thursday, the OWC refuted the claims of paying any artiste money,  saying: “Gen Saleh has been engaging with different stakeholders in the creative and performing arts industry to explore ways in which OWC can be a vehicle for facilitating different kinds of support and other strategies to help the country deal with the harsh effects of the coronavirus pandemic.”
OWC, Daily Monitor understands, convened a workshop under the theme: “Strengthening the Cultural and Creative Industry in Uganda” for the artistes running from July 23 to early last week in Gulu District.
The workshop was closed by the Uganda People’s Defence Forces Joint Chief of Staff, Maj Gen Leopold Kyanda, government Chief Whip Thomas Tayebwa, Junior minister for Gender and Culture Peace Mutuzo, and fashionista-turned OWC director of operations Sylvia Owori.
Notably, Gen Saleh counselled the musicians on how to cash in on their creative efforts, which has remained a sticking issue due to absence of a copy-right and intellectual property rights body as provided for under the 2006 Copyright and Neighbouring Rights Act.
Mr Tayebwa told the artistes that government wants them to self-regulate. He urged them to avoid asking for free money, but rather establish a savings and credit cooperative, which can further be capitalised through Uganda Development Bank (UDB) at comparatively lower interest rates. 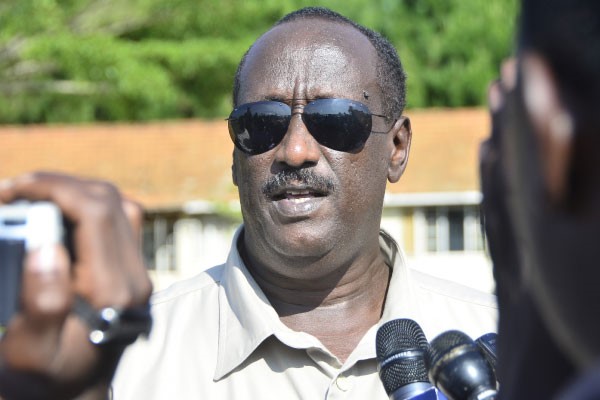 This will be the second time after 2011 that the Bush War General pitches camp in Arua after he helped set up investments in Nakaseke District...

Medical experts say although caesarean section saves lives, it also poses health risks to a mother and the baby, in addition to increased...

Why over 50 MP election petitions were thrown out