Last weekend, Uganda’s oil industry marked a major milestone when President Museveni, his Tanzania counterpart Samia Suluhu Hassan and the Total chief executive officer, Mr Patrick Pouyanne, signed agreements, which could potentially transform Uganda into a major crude producer and into the lofty middle-income economy if the funds are properly utilised.
The agreements were signed 15 years after the country registered the first commercial discoveries.

The Total CEO called the signing of pacts a historic milestone for the production work and export pipeline that will draw more than $10 billion of investment.
“It’s a very large development, one of the largest that will be developed on this continent, though just the beginning of a process that will see oil flow in early 2025,” he said.
Conversely, there are fears that the value of Uganda’s oil reserves has already fallen by approximately 70 per cent since 2013, according to Climate Policy Initiative (CPI), a London-based think-tank.

“Market conditions for the global oil industry have changed so dramatically over the past five years that reserves of  ‘cheap oil’ may no longer be worth recovering unless the Ugandan government can strike a new deal with its foreign investors that may put the country’s public finances under extreme pressure,” read the report, which was released on December 2, 2020.
But government estimates that oil revenues can generate a windfall of $50 billion out of the 1.4 billion barrels of oil that can be recovered.

With Uganda’s Gross Domestic Product (GDP) currently standing at $32 billion, if the oil revenues meet the projections, they will outstrip GDP and provide an impetus for economic growth and debt sustainability.
In August 2020, Uganda ratified the Extractives Industries Transparency Initiative (EITI). It is what the oil and gas industry observers believe is the safety net for accountability.
EITI implementation will require Uganda to publicly disclose information such as Production Sharing Agreements (PSAs), beneficial owners, revenues and payments, including payments related to the environment. These disclosures can in turn promote public oversight, build trust and improve the investment climate and strengthen tax collection.

The EITI head of Secretariat, Ms Gloria Mugambe, told Daily Monitor that: “What we have done by signing up to EITI is agreeing that Uganda’s extractive sector is going to be managed according to international best practice. In that standard there is a set way, in which you should manage your sector in the different thematic areas along the extractive value-chain so there is a way you should talk about your revenue collection and allocation and the way in which you should talk about the impact that your extractive is having on the population.”

Ms Mugambe said the exercise is a voluntary peer review.  “We are all watching each other with all the other countries in the EITI club, and once we have presented our report, we will be validated, it will be like an assessment,”  she said.
One of the major safeguards in the EITI is the requirement to publish Production Sharing Agreements (PSAs), which are yet to be disclosed in the public domain underpinning Uganda’s opaque posture in regard to its contractual undertakings with behemoth oil firms.

However, Mr Julius Kiiza, who is an associate professor of Political Economy and Development at Makerere University, fears that unless there are safeguards, EITI could turn into a superfluous ritual.
“[This could become] a ritualistic enterprise where reports are written and complaints are made and then come back next year to say by the way we told you the other year that things are not going fine so. Where are the enforcement mechanisms to ensure that we graduate from this culture of writing reports and making laws and making policies, which sometimes are attractive but are not translated into deliverables,” Mr Kiiza said.

But Ms Winnie Ngabiirwe, who is the executive director of Global Rights Alert (GRA), which is part of the Multi-Sector Group (MSG), said accountability will not be enforced retrospectively.
“You don’t wait to get a report that will tell you that five years back so much money was not paid, or that five years back this much money was swindled, so you get to know that this is what is happening and then you address it there and then, the nature of the reporting is that in February a company X has not paid, this is June so they have to pay before the next reporting,” she revealed.

Ms Ngabiirwe said timeliness is important because it enforces community inclusiveness and public debate. “You must show that you are actually addressing community concerns, you must have evidence that the money reached, that the road was constructed,” she said.
Ms Mugambe said: “I don’t think its [EITI] ritualistic, having this information in black and white will be a catalyst for debate and it will be information in the hands of the right people who can do something and it will also be an opportunity for the public to know what is really happening in the sector.”

Accountability
Mr Abubaker Mayanja, an economist, said EITI will not only create a climate of accountability among peer countries but place partners involved in the oil projects under scrutiny.
“Some of them are listed companies which are taken through a very thorough mechanism of transparency. For companies that are listed, they face very tough regulators, a company like Total would be subjected to very strict disclosure laws, very strict anti-bribery, anti-corruption laws and that creates comfort,” Mr Mayanja told Daily Monitor.
He, however, said attention ought to be paid into fostering accountability within the country’s financial system.
Accountability of revenues within the oil and gas sector has not been entirely squeaky clean. 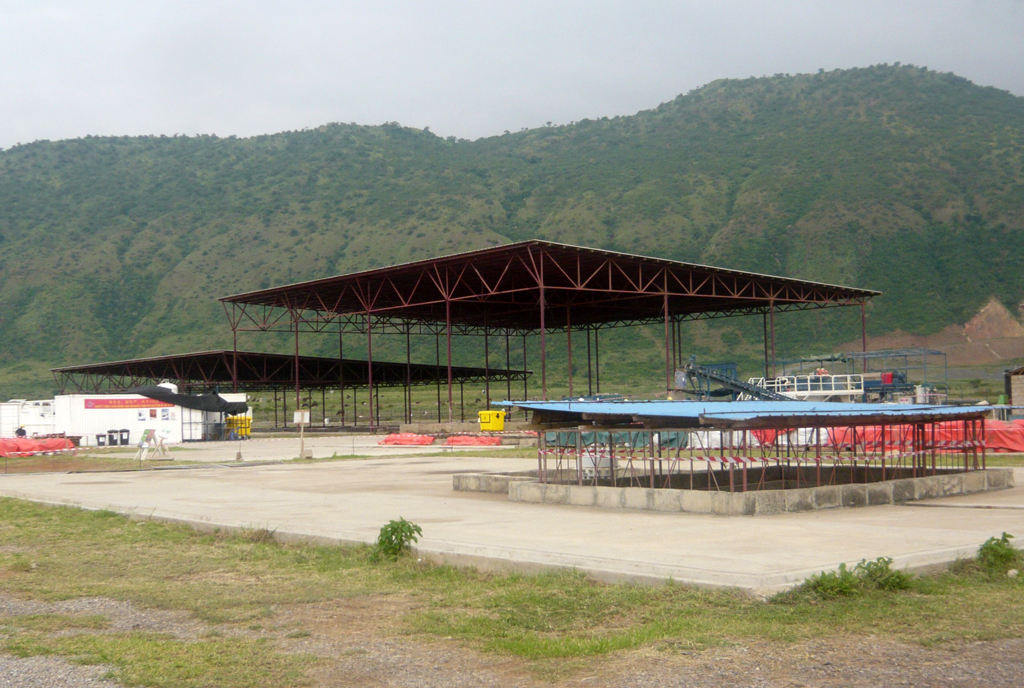 One of the King fisher oil wells at shores of Lake Albert in Buhuka-Kyangwali sub county, Kikuube District in September 2017. PHOTO/ALEX TUMUHIMBISE

Between 2017 and 2019, with the blessing of Cabinet and Parliament, Finance minister Matia Kasaija withdrew a total of Shs770.3 billion from the Petroleum Fund and channelled the money to the Consolidated Fund.
These funds appropriated by Parliament to the Treasury were justified as ‘spending pressures’, which elicited questions about the statutory role of the Petroleum Fund.
Although Mr Kasaija and his team have for the last three financial years been relying on the oil fund to finance budget gaps, Section 59(3) of the Public Finance Management Act (FMA) 2015, as amended, ring-fences oil revenues to financing infrastructure and development projects only.

In particular, the Auditor General, Mr John Muwanga, made it clear that the Fund is not a Medium-Term Expenditure Framework for budget financing.
In 2011, the country’s reserves were critically depleted after government dipped into the central bank coffers to help fund $720 million worth of Russian fighter jets, resulting into the freefall of the shilling, which at one time earned the dismal accolade of the world’s third worst performing currency.

“May be those lessons were learnt because I do remember that is the period when we had the worst economic instability when our reserves suddenly depleted, when we made security related investments that resulted into the net balance of our foreign reserves and foreign currency reserves to be low, which led the markets to take a run and become speculative about our currency and the governor had to come out very strongly,” Mr Mayanja said.
However, Mr Mayanja said there are enough safeguards to secure macro-economic stability.
“Uganda has development partners. Some of them have given us loans, others [have given us] grants and some of them have advanced mechanisms of monitoring our fiscal discipline,” he said.

Ms Ngabiirwe said financial prudence can only be anchored on community interface and transparency.
“We are bridging the gap to inform them [community] of the processes that Uganda has to go through to be a practising member of the EITI, the requirements that have to do with community engagement but most importantly that how do we have EITI that really addresses the realistic needs, the realistic challenges that Uganda has,” said Ms Ngabiirwe, whose organisation has been conducting EITI community outreach programmes in the Albertine Sub-region.
Mr Mayanja said the public ought to be patient before benefits can trickle down to communities.

“There is a time lag in getting to middle-income status, we are still at the investment phase, investment which the amount of money that would then flow on the fiscal side is not yet near,” he said.
Mr Mayanja, however, added that there is a glimmer of hope that dollops of funds that will be spent in infrastructure projects that ‘will generate opportunities for the private sector that creates the growth then where the fiscal revenues start to increase and that in itself creates additional wealth, which then can drive us to a middle-income country.’

But there are fears that as long as government continues to run a bloated administration based on patronage politics, oil revenues will be swallowed by a bottomless pit of recurrent expenditure.
Some bureaucrats in government including the Secretary to the Treasury, Mr Keith Muhakanizi, have often advocated for a lean government but their views are not in tandem with politicians who are exponents of the creation of new administrative units for political expediency. Uganda must also ensure that others vital sectors such as tourism and agriculture are not pushed to the backburners.

“When you get plenty of oil revenue that can create a situation where the currency gains value and it appreciates and makes everything more expensive for people buying Ugandan products, this can make other sectors uncompetitive but also the focus of public administration if its over-concentrated in the new sector then it can hurt other sectors, this can have a knock-on effect on the jobs that are not linked to the oil and gas sector,”  Mr Mayanja said.

Mr Ismael Kusemererwa, who is a member of the civil society in mid-Western-Uganda, says EITI is an opportunity for watch-dog organisations and citizens to watch over every penny that accrues from the oil and gas sector and other extractives.
“We can also project what government is expecting in terms of revenues from the different projects and us the civil society can follow up how much money government has gotten and how it has been used but also holding accountable some of the people who are in charge of our baskets of funds especially when you are looking at the petroleum fund sometimes we hear it was overdrawn,” he argued.

The meeting to be chaired by President Museveni will also discuss other party matters, including local council elections