What are their chances?

The qualification period ends on June 27 but the duo, who travel tomorrow – two months late due to visa delays – will find the Russia National Championships climaxing on Friday. The realistic chance seems in aiming for future events as Fina Bureau member Donald Rukare urged them on Saturday.

Tendo Mukalazi and his sister Kirabo Namutebi will for the rest of the year seek to build themselves up at the Fina Camp in Kazan, Russia.
The two national and Dolphins swimmers were at the top of their game in pre-Covid-19 and could do with extra challenges elsewhere to catapult them to the bigger stage.
“I’m glad to get this opportunity and see that my talent is not going to waste. I hope to return making crazy times,” Namutebi said during their flagoff at the Uganda Swimming Federation (USF) offices in Kololo on Saturday.

Mukalazi was topping the 17 and over boys’ age group except at USF events – although he would cede some gold medals to his Dolphins teammate Ambala Atuhaire, who has been in an almost similar Fina Camp in Thailand since 2019.
Namutebi had extended her dominance to the region and junior continental competition, where she was posting the best 50m freestyle time for girls under 15 regularly.

But there is need to translate this into competitiveness at senior competitions.
“Swimming in Uganda is full of distractions like school and other activities, they usually engage in,” Dolphins coach Muzafaru Muwanguzi said.
“At such a camp, these swimmers get to swim with proper standards and facilities. And we hope they can concentrate on training now.” 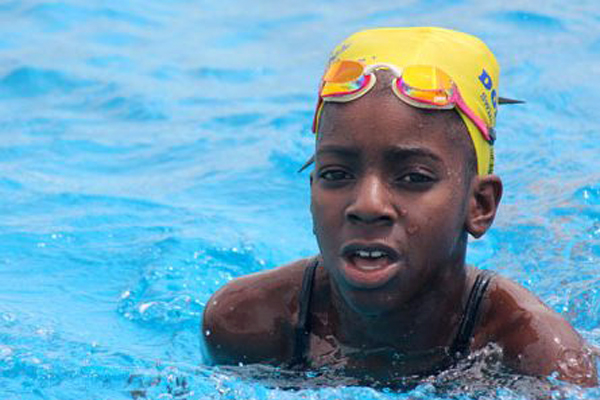 Big benefits
The camp offers technical support but without education and is usually extended to swimmers close to hitting qualification times for Fina’s prime events and the Olympics.
Joshua Ekirikubinza was the first Ugandan to benefit from this when he was preparing for Rio 2016 Games. The arrangement then allowed him to practice with a personal coach thereby continue with his education uninterrupted.
However, Fina later decided that it was better swimmers joined their training centres than practice with personal coaches.

For a while, USF struggled to find swimmers willing to choose between swimming and education. In 2019, USF nominated Namutebi for the 2019/20 scholarship to help her hit the Olympic selection (B) time (25.51) for the 50m freestyle but she was turned down as she was just 14 then.
USF then backed her brother Mukalazi, who should have gone to Phuket, Thailand, last year but was disrupted by the coronavirus chaos.
Mukalazi has finished his education duties at British School of Kampala (BSK) while their mother Hadijah Namanda is exploring options of having Namutebi complete her Year 12 (senior five equivalent) in September.

“I am happy to see them go train in better facilities, they can always finish school. They have trained is small pools here and they have never disappointed,” Namanda said.
“In fact, the entire Team Uganda has never disappointed in regional events so we hope that this camp will open new windows of opportunity for all swimmers.”
Meanwhile, there is a thin chance for either swimmers to make the Olympics if they can participate in qualification events out of Russia.
mmuziransa@ug.nationmedia.com