Ambala Atuhaire will most likely swim for Uganda at the Tokyo 2020 Olympics later this year. Having represented Uganda at the Fina World Championships in Gwangju, South Korea, in 2019, he put himself in the fore running for a wildcard invitation.

The swimmer, however, is returning from South Africa where he and teammate Adnan Kabuye attended a week-long Cana Swim Camp that climaxed with the Cana Grand Prix last weekend with his work cut out.
The two had gone to see how close they could get to the Olympic Selection Time (B time) for 50m (22.67) and 100m (50.03) freestyle, but instead found out how much they had been affected over the course of the year they did not compete or train during Covid-19 lockdown.

Atuhaire wanted to lower his 24.69 and 53.89 made in Gwangju. But in the 50m free, he managed 25.82 trailing his teammate then 25.01 in the finals. In 100m free, he touched home at 55.38 in the prelims then at 54.93 in the finals.
“We tried to push but form was not good, the kids had trained for only nine days (before travelling) and after the races, they said they felt very heavy,” their coach Muzafaru Muwanguzi said.

“The biggest positive is that the camp has acted as a boost into training and we will pick up from there.” 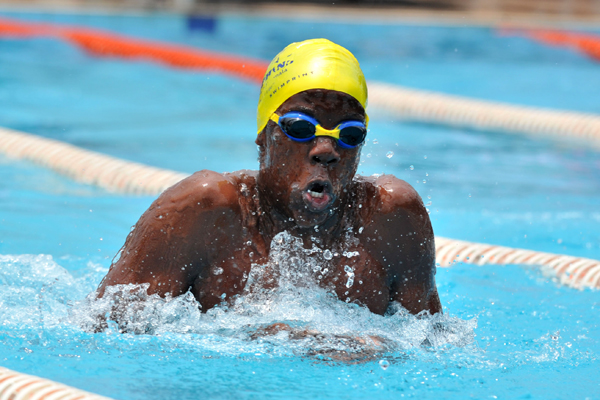 Lato Milk boosts athletes
Meanwhile, swimmers Uganda Swimming Federation (USF) will pick to take to Tokyo will have access to Lato Milk dairy products for 75 days leading to the Olympics.
The products, worth Shs40m, according to Pearl Dairy Limited managing director Shyam Kotecha, are extended to all Ugandan athletes that qualify for the Olympics. So far, Uganda Olympic Committee (UOC) have confirmed 25 qualified athletes.

“Hunger in athletes’ camps is a real concern but it does not affect all federations. However, when you have a team, you do not handpick who to extend such help from Lato Milk to,” London 2012 Olympian Ganzi Mugula, who represents athletes on UOC executive committee, said.
mmuziransa@ug.nationmedia.com