Match-fixing whistleblowers, Onduparaka FC, will appear before Fufa’s investigatory chamber of ethics committee today to help with a probe into the much publicised vice.
This comes after

Millions offered to Onduparaka to lose to Tooro, Wakiso Giants 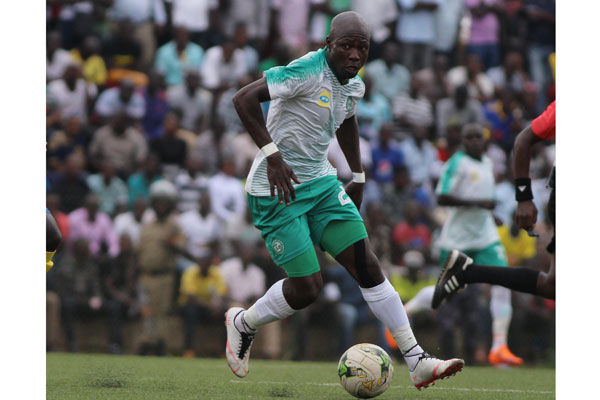 Unscrupulous characters reportedly approached club chairman Benjamin Nyakuni and a player before games against Tooro United and Wakiso Giants, asking him to throw away the matches for millions

, which was first brought to light by Onduparaka in the club’s public statement on social media last week.
In their statement, Onduparaka expressed concern about “the growing invasion of the Uganda Premier League (UPL) by persons whose sole agenda is to manipulate league games with promises of huge sums of money to those willing to adhere to their demands.”
It went ahead to highlight how Onduparaka had been approached by several individuals asking them to sell matches, and called upon all stakeholders to “protect the league from such self-seeking individuals.”
Daily Monitor can now confirm that Fufa have henceforth invited the West Nile club to appear before the said committee with “all the evidence they might have gathered during their interactions with the said individuals (match fixers).”

Protect the game
Fufa spokesperson Ahmed Hussein assured this newspaper their “football bodies will follow up in this serious matter as we need to protect the game.”
Onduparaka have welcomed Fufa’s latest move.
“We are delighted that they have picked interest in the matter,” said Mercy Grace Manduru, the club marketing, communications and PR head.
“We shall provide them with the evidence we have to help them delve into the issue and bring it to a logical end for the good of the game.”
In our Wednesday publications, Manduru revealed how Onduparaka had been approached by some unscrupulous characters offering them $10,000 (Shs37m) to lose to Tooro United by 3-0 and an unspecified amount to lose to Wakiso Giants.
Tooro and Wakiso Giants distanced themselves from any of these characters.
It should be noted, however, that a host of several other clubs have been cited in the vice, and it will be interesting to see how many more will come through during investigations.
However, it is not clear whether clubs are institutionally involved or gamblers using international chains are preying on individual people to infiltrate clubs and influence games.

Banned in Kenya
Match fixing cases were also ripe in the Kenyan Premier League (KPL) last year, with several officials banned.
Fufa have previously instituted probes into match fixing, banning several individuals including referees, coaches and club officials.
The federation’s undoing has, however, been failure to come out clean and straight by making public full findings of the probes.
That police have not been conclusive in most of the investigations into match fixing cases has also not helped matters, thus making it difficult for courts to convict and apprehend culprits.

*Police also investigated cases involving local clubs, plus a Uganda Cranes match away to Guinea (in Morocco) which had a Nigerian at the centre of an alleged match fixing storm.
*Clubs such as URA, Police and Express among others have previously terminated contracts of players accused of match fixing. However, some of those players continue to play in the league.