Advertisement
By AFP News
More by this Author

Pep Guardiola admitted it was vital to keep a clean-sheet as League Cup holders Manchester City got back on track with a 3-0 win against Burnley, while Manchester United joined their rivals in the quarter-finals after beating Brighton 3-0 on Wednesday.

Guardiola's side suffered their heaviest home Premier League loss under the Spaniard on Sunday when Leicester handed them a humiliating 5-2 defeat.

A brace from Raheem Sterling at Turf Moor ensured they washed away some of that bitter taste from that defeat and Spanish forward Ferran Torres, a close-season signing from Valencia, added City's third goal with his first for the club. 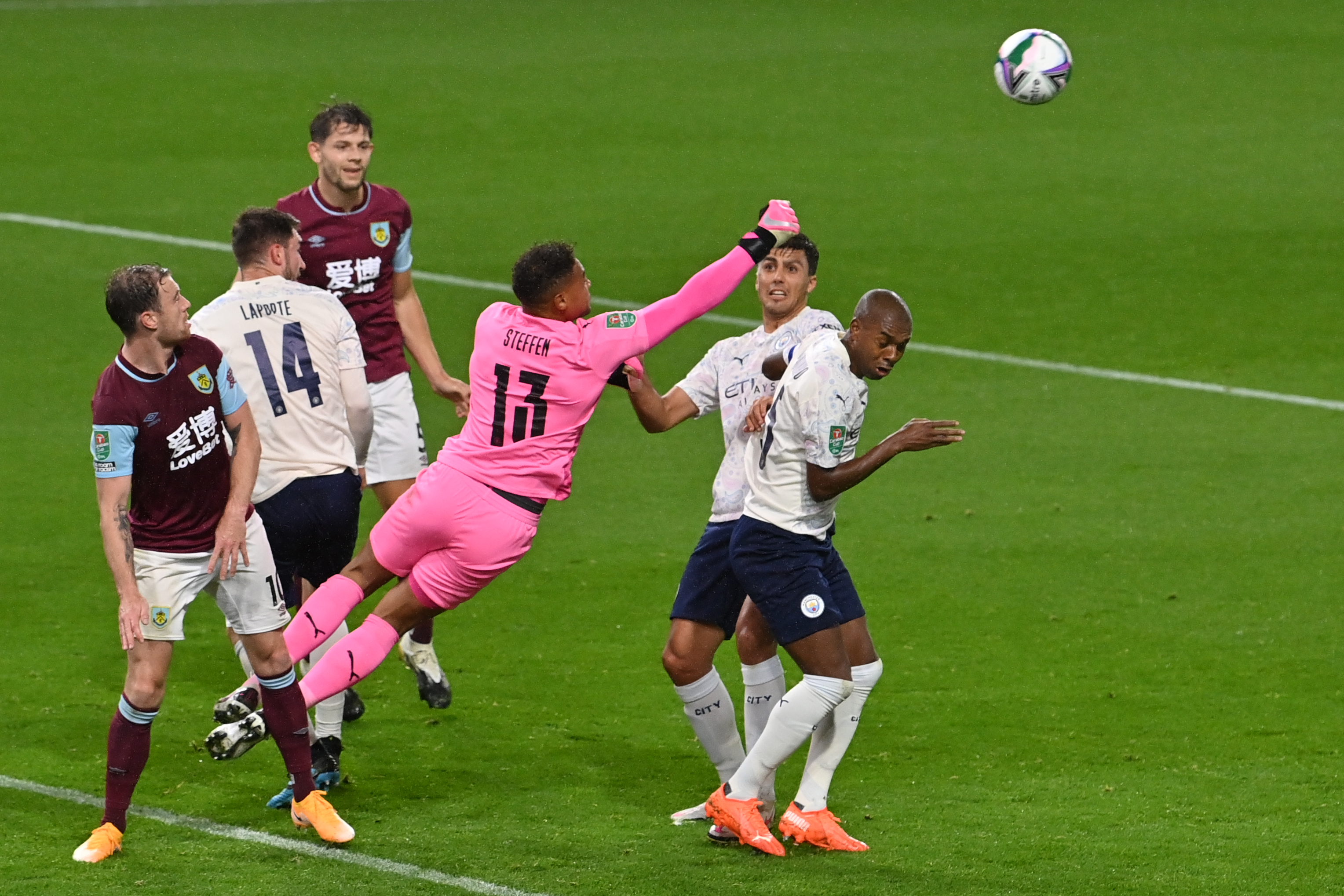 "It was important we didn't concede and the team was good in general," Guardiola said.

"When you lose a game the most important thing is the next one. Firstly, because if you lose in this competition, you're out.

"We are still far away from our best because we're not training much. We have a lot of players out, six because of Covid and four injuries.

"But step by step when we have all the squad we will get better. We are in the quarter-finals of this competition again so it's good."

City have won the League Cup four times in the last five seasons and they remain on course to retain the trophy.

Guardiola's men would have won by an even bigger scoreline but for a fine display from Burnley keeper Bailey Peacock-Farrell.

Sterling and Kevin De Bruyne both started in a strong City side that also included Riyad Mahrez and a debut for 18-year-old midfielder Cole Palmer.

Sterling made the breakthrough 10 minutes before the interval with a powerful strike from Benjamin Mendy's cross.

The City forward doubled his tally on 49 minutes, finishing off a good move involving De Bruyne and Torres.

City put the result beyond doubt in the 65th minute when Sterling failed to control a Mahrez pass and the ball ran through for the 20-year-old Torres to slam past Peacock-Farrell.

Ole Gunnar Solskjaer's side needed a 100th minute Bruno Fernandes penalty to see off Albion on that occasion and conceding an equaliser moments early.

There was less drama this time as United made 10 changes and Brighton nine, with Solskjaer's stand-ins proving far superior.

United, who last won the League Cup in 2017, took the lead in the 44th minute when Scott McTominay headed home from Juan Mata's free-kick.

Paul Pogba came off the bench to score seven minutes later when his free-kick curled in via a deflection off Brighton's Joel Veltman.

"A great performance by Juan Mata. He was the one who got on the ball and calmed us down. He was composed. He more or less creates the first goal himself. I am never surprised when he plays like this," Solskjaer said.

"We needed the first 20-25 minutes to get our confidence and get on the ball. We have worked on set pieces. You keep a clean sheet and this is important for a back four."

Dominic Calvert-Lewin hit a hat-trick as Everton thrashed West Ham 4-1, but the win was overshadowed by injuries to the Toffees' Brazilian stars Richarlison and Allan.

Calvert-Lewin put Everton ahead with his sixth goal of the season after 11 minutes after Goodison Park.

Carlo Ancelotti's side, who have won six consecutive matches in all competitions this season, were pegged back by Robert Snodgrass's 46th-minute equaliser.

Richarlison restored Everton's lead 10 minutes later before Calvert-Lewin bagged his second treble already this season with goals in the 78th and 84th minute.

Newcastle survived a scare from fourth-tier Newport before reaching the last eight with a 5-4 penalty shoot-out win after their 1-1 draw.

"The situation may worsen and the government may end up spending a lot of money like they did on the locusts,” Mr Mugoye

If EC clears Mao, this will be his second attempt to unseat President Museveni who has ruled Uganda since 1986; the first one being 2011 poll...

Traffic to be diverted over presidential nomination, processions banned