Ugandan president Yoweri Museveni phoned King Charles Wesley Mumbere of the Rwenzururu kingdom on Sunday morning and ordered him to disband the guards, who are believed to be part of a militia allegedly agitating for the creation of an independent republic straddling Uganda and the Democratic Republic of Congo.
Ugandan police stormed the palace of a tribal king and arrested him Sunday after fierce clashes between security forces and a separatist militia they believe is linked to him killed 55, police said. 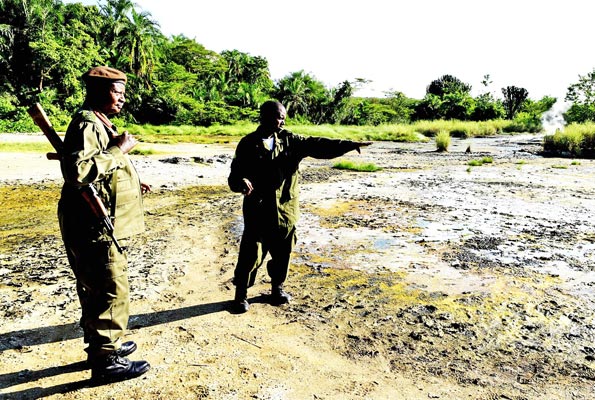 Angered by the recent spate of violence in the Rwenzori region, President Museveni has ruled out dialogue with the perpetrators and vowed to deal with them “decisively and without compromise” 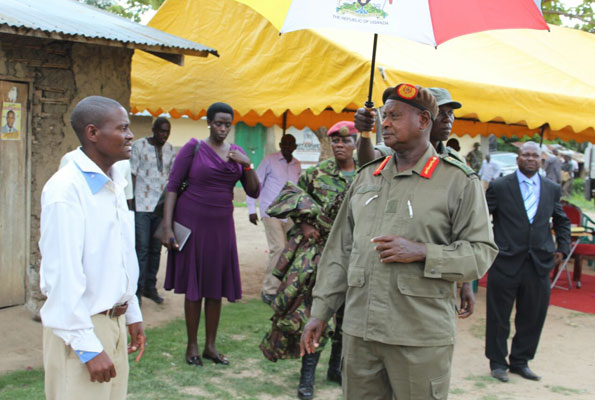 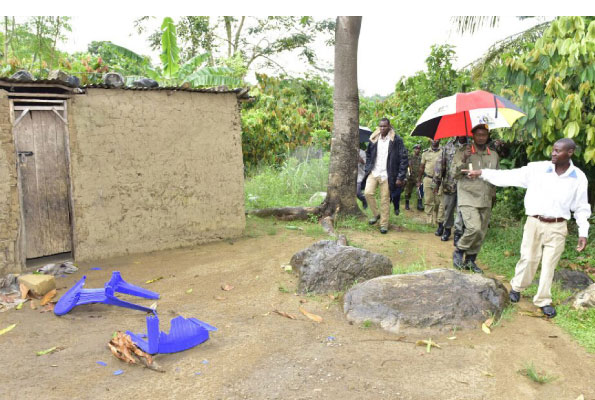 The President says he will deploy security forces in all areas in the sub-region to ensure that peace prevails.

"We took time to talk to the king to get those people out but the king was non-compliant. The only option was to storm the palace and get those people out and get him out for his own security and safety," Kaweesi told AFP.
"He has to explain his involvement in these incidents. He will be charged with inciting violence and brought to Kampala."
Violence has been simmering in the region all week, with four militants killed when they attacked a police post on Thursday, a police spokeswoman told AFP.
Kaweesi said members of the royal guard threw an improvised grenade at patrolling officers on Saturday, prompting them to open fire and kill four of the "attackers".

"That incident set off an explosion in all local sub-counties," he said, adding that fighting between militants -- not all of them royal guards -- armed with guns and spears and security forces had continued until late in the evening.
The Rwenzururu kingdom is a traditional monarchy based near the Rwenzori mountains which straddle Uganda and the Democratic Republic of Congo, of the Bakonzo people -- with supporters among those who share the same culture and language in the DRC.
The monarchy started out as a separatist movement of the same name when the Bakonzo -- tired of being subjected to the rule of another tribe under colonial rule -- declared their own kingdom in 1962.
The move led to years of bloodshed until a settlement was reached in 1982 in which the movement laid down arms in return for a degree of local autonomy.

'The kingdom is not involved'

Mr Museveni officially recognised the kingdom in 2009.
However unrest has continued to simmer in the complex ethnic and political conflict, as many in the region still feel marginalised by authorities in distant Kampala.
Some in Uganda, with the support from their sister tribe in the DR Congo, have taken up arms and are agitating for the creation of the Yiira Republic which would cover territory in Uganda and part of North Kivu in the DR Congo.
The Banande in DRC and the Bakonzo in Uganda, have the same culture and language and are believed to stem from one people known as the Ba-Yira.

Though Mumbere has distanced himself from the cause, authorities accuse his royal guards of training in the mountains alongside separatist militia forces to attack government installations.
"We have told the government the kingdom is not involved in the creation of Yiira republic which wants to break away (from Uganda) and that the royal guards are not involved," Rwenzururu kingdom spokesman, Clarence Bwambale told AFP shortly before the king's arrest as heavy shooting echoed in the background.