Seya to be buried on Sunday

Mr Muhammed Sebaggala, the deceased’s brother, said they decided to bury him one week after his demise.

Is it end of the road for flip-flopping Latif Sebaggala?

Two years ago, Latif Sebaggala Sengendo audaciously said he would vie for the position of Kampala Lord Mayor.

The New York Times alleged the billionaire president paid just $750 federal income taxes in 2016 the year he won the White House and 2017.

Kikuube turns to sugarcane growing as they wait for oil

A total of 3,500 farmers have registered as outgrowers with Hoima Sugar

Mr Byarugaba said this puts the Fund in good stead to declare an interest on members’ savings, which would be above the annual inflation rate

Can Ugandans tolerate a State free of impunity?

The solution is to demand the government to punish the bigger fish too.

The war against President Museveni must remain political and principled, not personal. ...

Kakwenza: Spirit and the sword

For Makerere, the fire should not mean from ashes to ashes

Kibalama should be freed unconditionally

Why you should invest more in financial assets

Is it end of the road for flip-flopping Latif Sebaggala?

Two years ago, Latif Sebaggala Sengendo audaciously said he would vie for the position of Kampala Lord Mayor.

Mr Museveni has been employing over the years, dangling jobs at the Opposition....

Use of milk boosters increase output by seven litres daily

This is how to grow and earn millions from groundnuts 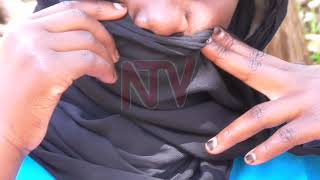 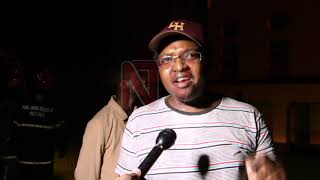 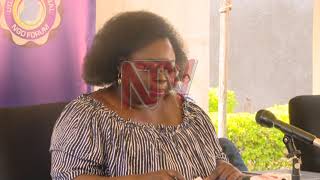 CSOs concerned about the violence that rocked NRM primaries

Plumber boy turns to construction to better his earnings

Muyomba says he survived on debt to make ends meet.

We will not be able to pay double digit interest - NSSF

The Fund, which had previously reported a revenue loss of Shs402b,has recovered from the slump......

Chasing the thrill at Sipi Falls

Everyone has their fascination from travel

Gardening and Zoom: How the clergy navigated lockdown

How the religious leaders survived the lockdown and how prepared they are for the reopening in......

I dozed off for 30 minutes during radio show – Mayanja

Your children ought not to be in retirement plan

Two of a Kind: They share interests from childhood

Politics could be clean

The danger in saying ‘I can’t live without you’

Women who are making a difference through sports

Nakivubo: How did we get here?

The sacred home of sports talent is all but a pigsty now.

The Uganda Premier League (UPL) will not sniff a whiff of the rubber ball rolling on the green......

I could still have a chance for a Last Dance, says Omony

Aftermath of the Kiira boat tragedy through the lense