A March 19 letter signed by the Uganda Olympic Committee secretary general Beatrice Ayikoru has confirmed that the two boxers have earned the coveted slots to the Olympics according to their continental and world rankings.

Ssemuju and Nanziri are among the four Ugandans who lost in the semifinals of the African Olympic Qualifiers in Dakar, Senegal, in February 2020. They also lost the third place box-off hence missing the Olympic ticket.

Their only hope remained the World Olympics qualifiers in Paris, France, which was postponed, like the Olympics, from May 2020, to June 2021 before it was eventually cancelled last month due to a new wave of the coronavirus pandemic in Europe.

Now the IOC Task Force, which handles the boxing qualification pathway, since Aiba—the international boxing body was suspended, resorted to apportioning the 53 slots according to rankings.

According to the recent rankings, Ssemuju is joint-fifth in the world men’s middleweight (75kg) and second in Africa, with 300 points. He qualified because African top seed Younes Nemouchi of Algeria, who defeated him in the semifinal in Dakar, had already got his ticket to Tokyo.

With 200 points, Nanziri ranks 12th in the world among the female flyweights and fourth on the continent. She qualified because the top three in Africa–Rabab Cheddar of Morocco, Roumaysa Boulam of Algeria and Christine Ongare of Kenya, had all qualified to the Olympics.

“It’s a great opportunity for me to prove the doubters wrong,” Ssemuju has told Daily Monitor. “But I wanted my friend Masembe to qualify too.”

However, featherweight Isaac Masembe and welterweight Emily Nakalema have marginally missed out. 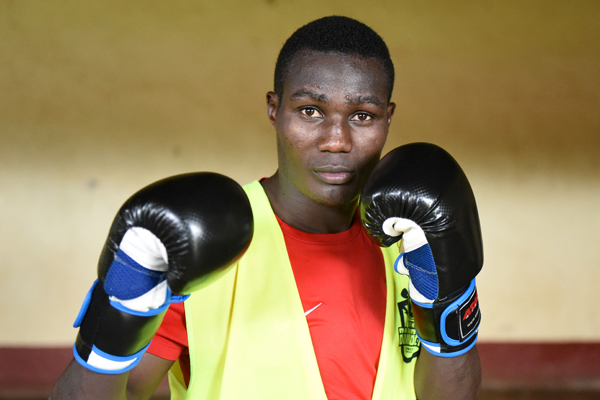 Masembe also has 300 points, joint-seventh in the world, but he is 35 points behind Moroccan Mohamed Hamout, who stopped at the quarterfinals in Dakar.

Nakalema, with 200 points is joint 10th in the world and fourth in Africa, but could have been edged by Elizabeth Akinyi of Kenya, who is also 10th on 200 points.

Nanziri has become the first Ugandan female boxer to qualify for the Olympics since women were first allowed to box at the Games in 2012.