The very first time one jets into the country, the first place they will see is Entebbe. This is because it is home to the country’s only international airport. Yet, beyond the airport, Entebbe is a place where many of Uganda’s administrative stories started.

Advertisement
By Bamuturaki Musinguzi
More by this Author

There are many things that can be said about Entebbe Municipality; it is on the shores of Lake Victoria and of course, Uganda’s first capital city.
The buildings capture the religious, administrative, educational, transport, residential, commercial and trade history that give Entebbe its fabric and character that is heavily influenced by British colonial architecture.
The prominent features along the main Circular Road are the Independence Tree, Entebbe Golf Club House and St. John’s Church in the metropolis located on a Lake Victoria peninsula, approximately 37 kilometres southwest of the Ugandan capital, Kampala. Entebbe is situated in Wakiso District, central Uganda.

Colonial feel
The first feature as you drive into the metropolis from Kampala is Entebbe’s Independence Tree (previously known as the Freedom Tree) which became famous as the site of rallies in the 1950s, addressed by nationalist leaders such as IK Musaazi and JW Kiwanuka, who advocated for self-governance prior to Uganda’s independence in 1962. Today it acts as a location for many community functions and markets.

According to the out-going Mayor of Entebbe Municipality, Vincent DePaul Kayanja, in 1945 there were World War II italian prisoners who were brought to Entebbe and were housed opposite the current Marine Base. “They would be taken to plant the eucalyptus trees that you see as you enter Entebbe in Katabi Town Council today. The local barefooted asikari (guards) would escort the prisoners who were putting on shoes,” he told Saturday Monitor.

The colonialists opened clubs as entertainment, sports and relaxation places. One of the British pastimes was golf. The famous Entebbe Golf Course and the oldest in East Africa was established in 1901. A club house was added in 1913, still in use today in conjunction with more recent extensions. It still contains some original furniture and fittings. The craftsmanship that went into laying the sun baked bricks of the club house is unique, impressive and beautiful.

The Entebbe Golf Club, which is a par 71 course with 18 holes, plays host to the Uganda Open Golf Tournament. The golf club is surrounded by the Uganda Wildlife Education Centre (UWEC) commonly known as the Entebbe Zoo. 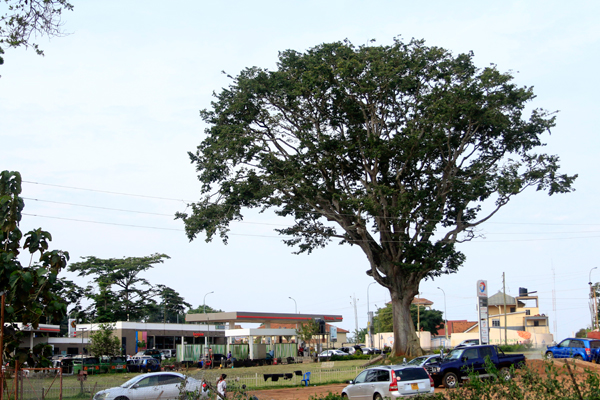 Lake Victoria Hotel has 104 rooms, an outdoor pool and sun terrace, and guests can enjoy a meal at the restaurant or a drink at the bar. The hotel that sits among nine acres of palm gardens overlooking the lake is just a few miles from Entebbe International Airport and within walking distance of the Entebbe Botanical Gardens and Entebbe Golf Club.

In their photographic book titled “Beyond the Reeds and Bricks: Historical Sites and Buildings in Kampala, Jinja and Entebbe,” the Cross Cultural Foundation of Uganda (CCFU) notes that architectural styles often reflected the origins of the designers and builders, rather than the local environment - St. John’s Church in Entebbe was built in 1939 to meet the religious needs of the Anglican European community, including the governors and colonial administrators.

The stories
St. John’s Church comprises two parts, with the first constructed in 1939. In 1953, a north and south transept were added to accommodate the growing congregation. Its octagonal bell towers give it a fort-like appearance. A larger new church is currently under construction next to the historical building.

Although Entebbe derives its name from the ancient sacred site known as Entebe za Mugula, (Chief Mugula Bukulu Bwawadda’s Seats), it’s the British colonial period that gave the metropolis its distinctive history and heritage.
Mugula was a 19th-Century Ganda chief who lived during the reign of Kabaka (King) Mwanga II (1884-1888 and 1889-1897). Mugula administered the area on behalf of the king and dispensed justice, sitting on the rocks still visible today. It is believed that he moulded the rocks into seats. It gave Entebbe its name, when early British visitors failed to pronounce the full name correctly!

The cave, containing a shrine, and the nearby rock islands, are still places of pilgrimage for some Baganda who wish to pay homage to the spirits they believe reside in Lake Victoria. The site is still used by one of Buganda’s 52 clans, the Mamba (African Lungfish) Clan, for rituals and ceremonies.

“The genesis of Entebbe is linked to the Entebe za Mugula rocks in Kigunga and it was a taboo to go to that area,” Kayanja said. “After establishing himself in the area he would sit on those rocks and adjudicate cases in the Busiro County. The area also became one of the ancestral grounds of the Mamba Clan, especially those under Mugula’s lineage.”
According to CCFU, in Entebbe, the British built their government offices on a grand scale, befitting the protectorate’s capital city. “The colonial message of power was clear.”

Some of the imposing colonial government offices in Entebbe are the Secretariat building and the Ministry of Agriculture, with their colonnades, courtyards and impressive flights of steps.
One of the grandest colonial buildings is the Secretariat that was constructed in 1910. Now the headquarters of the National Agricultural Research Organisation (NARO) the Secretariat first housed the colonial governor’s offices, and later the first parliament of Uganda (the Legislative Council or LegCo) from 1921 to 1955 when it was moved to Kampala.

The Ministry of Agriculture Building (1927) is typical of the neo-classical style adopted by government architects in the early years of the colonial period. Its high ceilings, verandahs and large windows are representative of colonial architecture in this period, designed to maximise air flow, and create shade from the sun and shelter from the rain.

The Maps and Surveys Building (1930, 1951) was home to the ministry which kept records of all maps and surveys done within Uganda, and today serves a similar purpose, being headquarters to the department for maps and surveying under the Ministry of Lands, Urban Development and surveying. The building contains stores for photographic chemicals, printing and drawing rooms, and dark rooms. Some obsolete antique equipment can still be found on site.

The administration
The Entebbe Post Office building was constructed from 1900 to 1910. Post offices were some of the first modern buildings constructed by the colonial government in each city they settled in. Entebbe is probably the first town in Uganda to see a post office. This grand structure, typical of the early years of the colonial period, is still in use. The imposing entrance led to the many post boxes on the verandah in use during the last century.

The Stanbic Bank building on Portal Avenue in Entebbe.

On Portal Avenue stands the elegant Stanbic Bank that was completed in 1950. It housed the Uganda Commercial Bank from the 1960s-2002, when it was acquired by Stanbic Bank.
The extensive Botanical Gardens, laid out in 1898, are amongst the oldest in Africa. Originally set up as a research station to identify suitable crops for the colonial export economy, the gardens have now become an important tourist attraction in Entebbe. The vast tropical flora and fauna, sounds of birds and monkeys going about their daily routine are in plenty for the visitors.

The gardens were the location for filming the movie “Tarzan’s Hidden Jungle” in 1954. The fees paid by more than 10,000 people visiting every year, contribute most of the running cost of this important facility, now under National Agricultural Research Organisation (NARO).

The Bugonga Church found in Bugonga was originally built in 1902. It was one of the earliest permanent Catholic churches in Uganda and is believed to mark the spot where the first Catholic missionaries (Brother Amans and Father Mon Maple Lourdel) landed and camped and prepared for their meeting with Kabaka Muteesa in 1879. The ancient tree next to the church is said to have grown from a tent peg placed by the missionaries. The church’s construction signaled a prominent display of the Catholic faith in Uganda.

The Chadwick Namatte Primary School located on Old Kampala Road was built in 1910. Established as Entebbe Central School, Chadwick School was founded by Walter Chadwick (1874-1917), an Irish Anglican missionary, to teach reading and writing skills to Africans working in the governor’s house.

The Entebbe Old Airport Tower located on Kitaasa Road was commissioned by colonial governor Sir John Hall in 1952, and marks the development of Uganda’s airline industry, still centred on the town today. The conical roof gives access to a viewing platform. The walls, riddled with bullet holes, bear witness to the 1976 raid when commandos from the Israel Defence Force came to rescue their nationals who had been taken hostage by Palestinian militants.

Portal’s decision was influenced by the conflicts between rival factions, including the Kabaka (King) of Buganda, French Catholic, and British Protestant missionaries that were prevailing at the time.
In 1892, Portal recommended the establishment of a British Protectorate to replace The Imperial British East Africa Company, a transfer that took place shortly after his death in 1894. When Portal founded Entebbe as a military post, a port was created (which he named after his wife, Alice). Although few ships dock there now, there is still a jetty, which was historically used by Lake Victoria steamers. 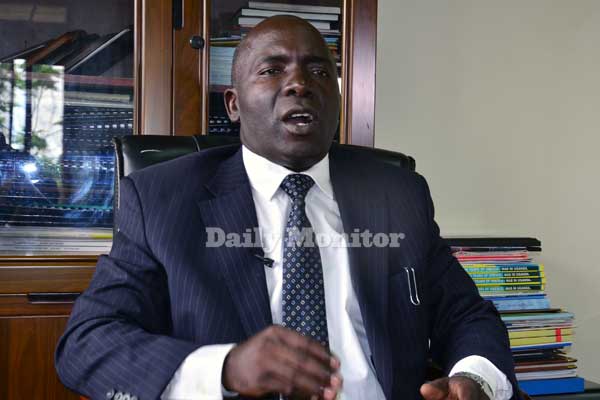 Documentation
According to CCFU, at independence in 1962, the capital of Uganda was moved back to Kampala, and Entebbe entered a period of semi-dormancy – which contributed to the preservation of many buildings dating back to the colonial period. In the last decade, however, Entebbe has witnessed a period of growth, party spurred by growing traffic at Entebbe Airport and the expanding tourism industry.
“Now with about 100,000 inhabitants, this growth threatens historical buildings and sites,” CCFU warns. “The expansion of Entebbe Airport has, for instance, put the integrity of the Entebe za Mugula site (on the shore of the lake, and directly in the trajectory of the runway) at risk, while old bungalows are unfortunately being demolished to pave the way for shopping malls and hotels.”

Kayanja has commended CCFU for documenting the historical buildings in Uganda because the country’s heritage has to be preserved. “And such tangible heritage is really critical to help us trace our roots, but also to inform us of the dynamics of those days. Besides, the generation of money as tourist products, the preservation of this heritage is very critical as well.”

Third boda boda cyclist killed in Masaka in one week